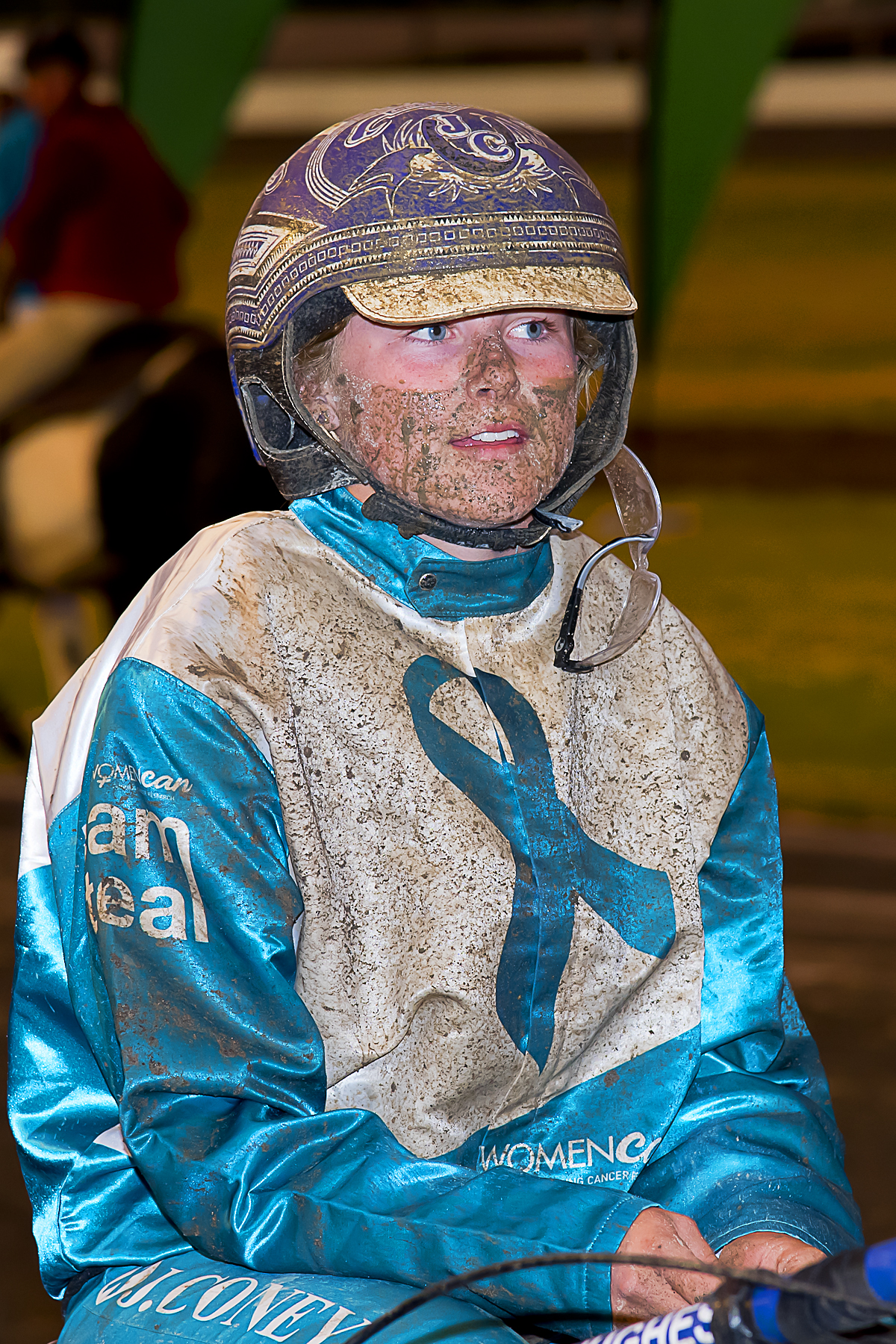 Jemma Coney2 Tamworth21
AS an ambassador for Team Teal, Tamworth reinswoman Jemma Coney was certainly championing the cause on Saturday night at the Tamworth harness meeting. Coney...

AS an ambassador for Team Teal, Tamworth reinswoman Jemma Coney was certainly championing the cause on Saturday night at the Tamworth harness meeting.

Coney drove two winners on the program which poured $1,000 go into the kitty for the Team Teal Ovarian Cancer Research Campaign.

“It is a good thing to be involved in and I feel privileged to raise that amount of money on my first night,” said Coney.

For the past six years reinswomen involved in the industry have been donning their teal pants for the month of February and with each winner they drive, seeing $400 donated to the Ovarian Cancer Research Fund.

For the near 19-year-old, Coney said she was a little surprised when asked to be an ambassador and will in addition to the teal pants wear silks displaying the Team Teal logo.

With a very muddy track at Tamworth on Saturday night Coney had to give her colours a little “soak” the next morning.

“The colours are a bit dirty and they will need a good soak as I have a quick turnaround and racing at Newcastle on Monday afternoon,” she said.

The two winning drives for Coney came courtesy of her own two runners in Britney Jane as well as Watchful Lady, who won the Joan Bullock Memorial, the feature race for the meeting.

“It was good to have the Bullock family on track and to see Travis (son) competing in the race as well,” said Coney

“We (Watchful Lady) had the best run in the race being four back on the outside running line when the speed was on.

“She has a good turn of foot although when I got out, I wasn’t really expecting to win.

“It wasn’t my plan to go four wide – I was going to sit back and sprint but I got a good cart into the race.

“For her to do what she did in the race and then to find the line was really good.

“They were running some solid times for how the track was and it was setting it up for the back markers.”

It was back-to-back wins for Coney who had secured the race before – the PKF Chartered Accountants Tamworth Pace – with Britney Jane.

Both winners were trained by Coney’s father Greg.

“Dad does a good job with both the horses,” said Jemma, who owns both pacers.

Now that is a good night at the track!