Not willing to let the 17-year-old open too big a break, Pascoe also made a trip to the winners’ circle. 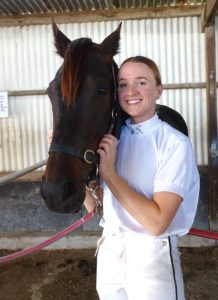 In terms of percentages, Johnson also heads his peers with a win at every 7.2 drives.

Pascoe is once again his closest rival with a victory per 11.4 starts.

Since breaking his maiden status with Emerging Art last June, Johnson has worked diligently to establish himself among the top bracket.

“I’ve been having a bit of luck lately,” Johnson said. “I really have to thank the trainers and owners for entrusting me with the drives behind their horses.”

Johnson captured the opening event on the cart with One Night At Themile, which secured ‘round one’ of the Dual Race in 1:58.7 for the mile.

The son of Jeremes Jet was back in action later on the card to win the second round in 1:59.6.

Prince Of Whitby provided the middle leg of Johnson’s treble when he broke a long drought from the winners’ circle.

After gaining a three-wide trail at the bell, Prince Of Whitby grabbed the lead in the last stride to score by a half-head from Quadricep, with Weeroona Boy a fast-finishing third.

Covering the mile in 2:00.2, the son of Jeremes Jet registered his first success since scoring in Western Australia’s Central Wheatbelt in May 2018.

The evening wasn’t all glory for Johnson who was suspended for seven days for unaccepted whip with Prince Of Whitby.