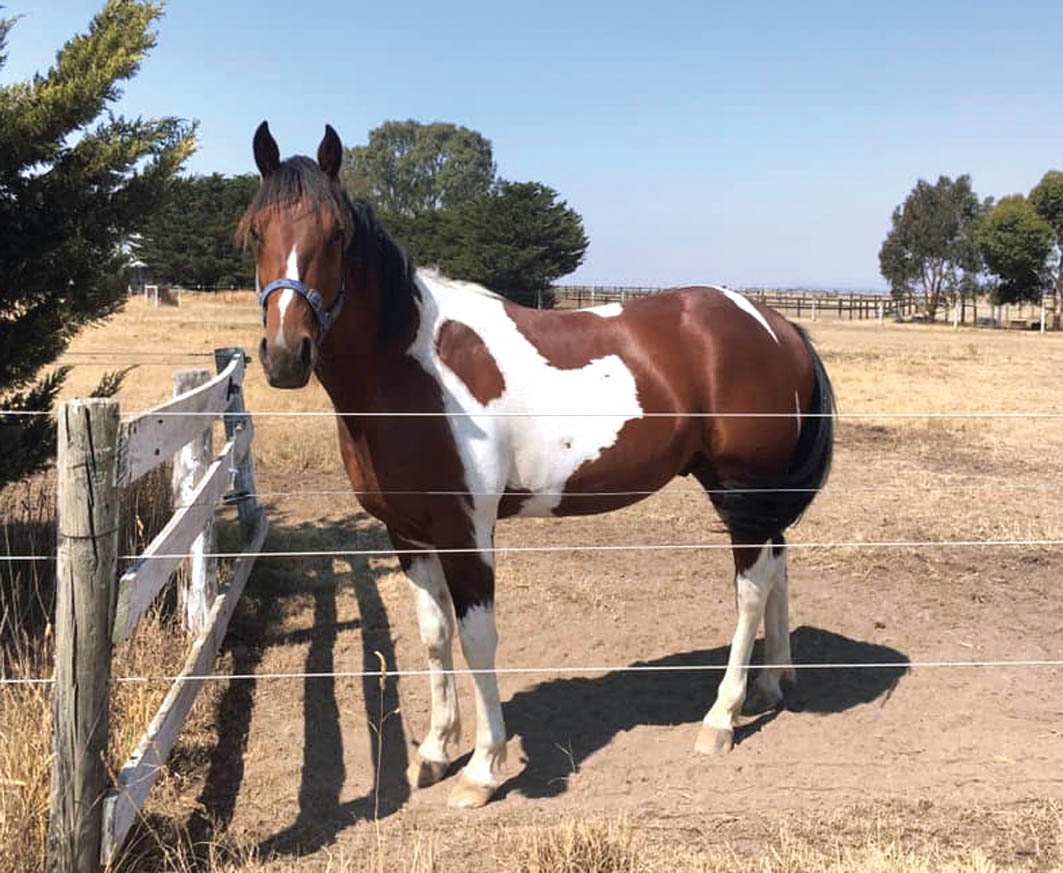 WHEN he steps onto the Kilmore track on Sunday night, Variegated will break a long drought for his family. Set to make his debut,...

WHEN he steps onto the Kilmore track on Sunday night, Variegated will break a long drought for his family.

Set to make his debut, Variegated will be the first of his clan to race for 15 years!

Variegated is from unraced mare Denzel Prada who’s half-sister Byzabee was the last starter in the family, with her final outing coming in Port Pirie in October 2005.

Variegated’s grand dam was the last of the tribe to win, with her third and final victory coming in Boort in January 1995.

While that is a feat in itself, Variegated is destined to be popular for a different reason.

By Armbro Variable, Variegated is a handsome skewbald colt.

“He gets his share of attention,” trainer Alexandra Hurley said. “Even when I work him my neighbour will say ‘there’s the Indian horse’.

“My sister El is part of the group of us who lease him and her kids Finn and Austin are also involved with the ‘cowboy horse’.

“Finn is five and is horse mad.

“The group also include a few first time owners so hopefully we can have a bit of fun with him.”

To be driven by Lisa Miles, Variegated has drawn to settle in a prominent position from the pole.

“I’m confident he will win races eventually, but I don’t know if he can win this week,” Hurley said. “Whatever he does this week he will get better as he’s only had two trials.

“I wanted to trial him again, this time at Bendigo, but we missed it.

“We got stopped at the Heathcote Corona checkpoint and the cop decided to go over the float so we missed the trial.

“That’s just how things are at the moment, so I just had to move on and have decided to race him now instead.”