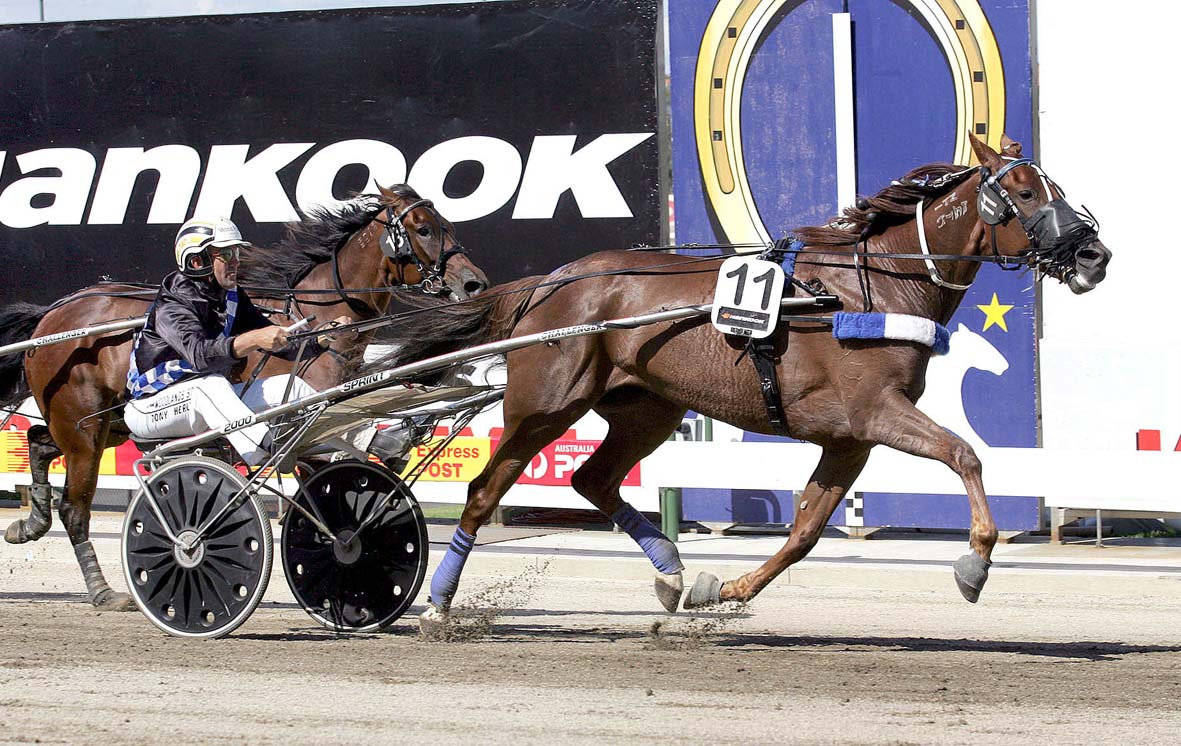 NEW Zealand raider One Over All will seek revenge for his star mother during the weekend. Arriving from the Shaky Isle this afternoon, One...

NEW Zealand raider One Over All will seek revenge for his star mother during the weekend.

Arriving from the Shaky Isle this afternoon, One Over All is engaged in a Victoria Trotters’ Derby heat in Maryborough on Sunday.

Should all go according to plan, the three-year-old will then contest the following week’s Final.

Trained by Gavin Smith, One Over All is from former outstanding squaregaiter One Over Kenny, which was runner-up behind Acacia Ridge in the 2005 Derby.

One Over Kenny was triumphant in her heat.

Another of One Over Kenny’s sons, One Over Da Moon, finished ninth in the 2014 edition of the Blue Riband.

“It would be terrific if he went one better than his dam,” Smith said. “First we have to get through the heats.”

One Over All has been entrusted with local horsewoman Jess Tubbs, with her husband Greg Sugars to drive the gelding.

“Matty Craven pointed out these races for him after he won a couple of weeks ago and that’s how he ended up over there,” Smith said.

“The owners wanted to send him to Greg and he got there this afternoon.

“He was a little jaded in Auckland after a two-day float trip, but had a bit of a jog and felt better.

“He will jog again tomorrow and do some pace work on Friday.

“He was pretty fit when left so he won’t be far away…it’ll just depend on his well he handles the travel.”

To Smith’s dismay, the son of Andover Hall has drawn the outside of the front row, with “a bit of speed inside him”.

“It looks the stronger of the heats and he has a tough draw,” Smith said. “Hopefully he will qualify for the Final, and with a week to recover will be a lot better by then.”