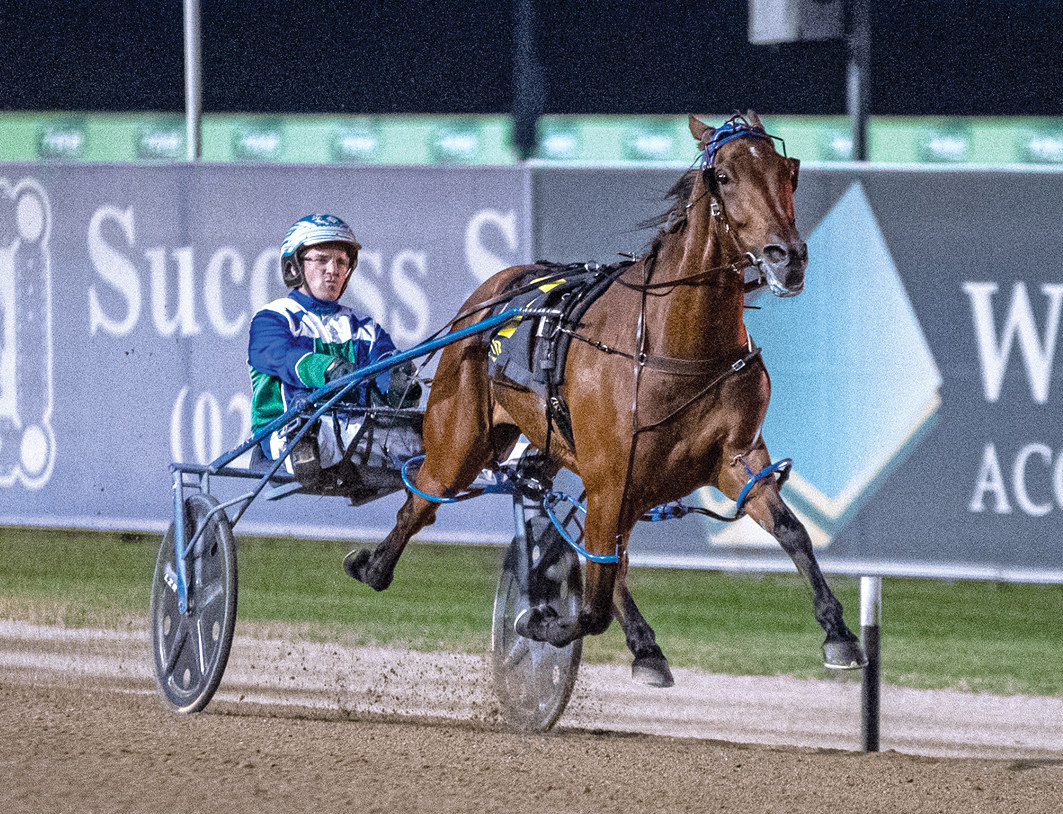 LIFE is about to get a lot tougher for lightly-raced pacer Bright Energy. Triumphant in tonight’s New Year’s Gift Final at Tabcorp Park Menangle,...

LIFE is about to get a lot tougher for lightly-raced pacer Bright Energy.

Confident the son of Western Terror can make the transition to the top echelon, trainer Craig Cross has set Bright Energy for the prestigious $1million Ainsworth Miracle Mile.

The time-honoured Grand Circuit event is scheduled to be held at the world class venue on March 7.

Planning to give Bright Energy “another couple of starts” Cross will then enter the five-year-old in the Miracle Mile lead-up Sprints.

“I’m really happy with the way he is going,” Cross said. “He is a very nice horse and always has been.

“He’s good enough to go around in one of the Miracle Mile Sprints, which is the way he will head.

“He hasn’t had a lot of experience, but he has plenty of ability and high speed.”

Bright Energy did his Miracle Mile prospects no harm with his Group Three victory.

Driven by Luke McCarthy, Bright Energy led throughout from barrier seven to complete a 14-metre win from his stablemate Christmas Toyboy, with Mackeral four-and-a-half metres away third.

Unbeaten from four starts this term, the gelding covered the mile in 1:50.1 to extend his record to 12 wins and three placings from 19 outings.

“I thought he was a moral going into the race and he won as expected,” Cross said. “I can’t see any reason why he won’t get better with experience and be more than competitive at the top level.”

Bright Energy’s success was the closing leg of a double for Cross, who prepared Spare Me Days to score earlier on the card.

Also driven by McCarthy, the stallion accounted for Rays Choice and Fouroeight in 1:56.4 over 2300 metres to break a 22-month drought from the winners’ circle.

“That was only his second run back from a spell and he should improve quite a bit from that,” Cross said. “With a bit of luck he won’t have to wait as long between now and his next win.”