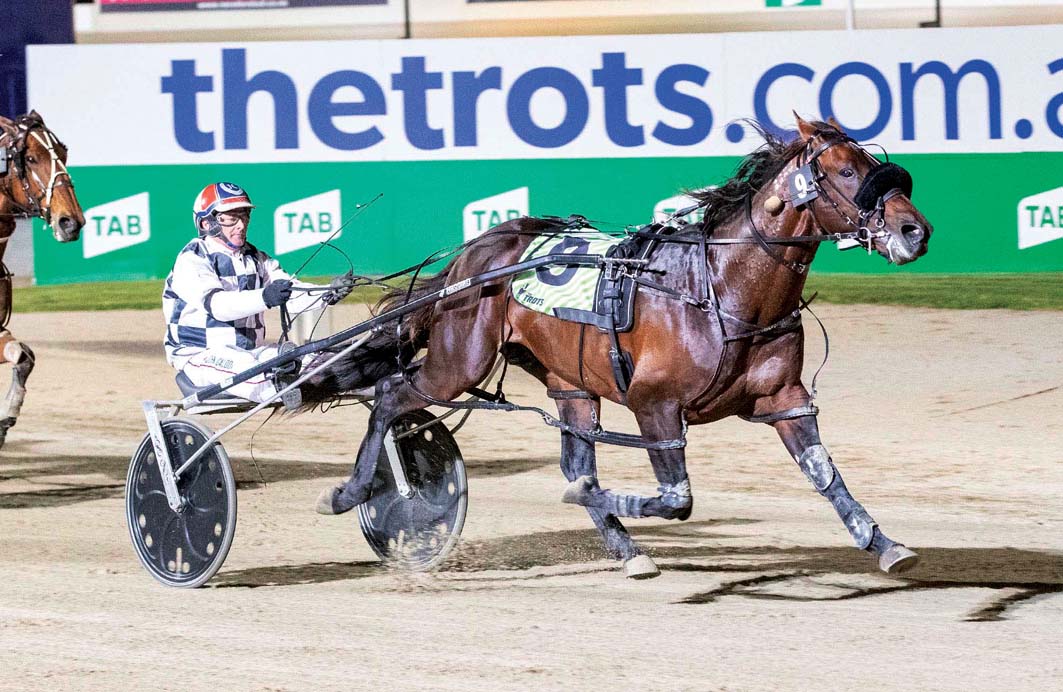 IT’S difficult to believe Colt Thirty One has just broken an extensive drought from the winners’ circle. Among Queensland’s best pacers since making his...

IT’S difficult to believe Colt Thirty One has just broken an extensive drought from the winners’ circle.

Among Queensland’s best pacers since making his debut, Colt Thirty One was triumphant at Club Menangle during the weekend.

Successful in 1:53.6 over 2300 metres, the Grant Dixon-trained stallion registered his first victory since scoring at Albion Park in November 2020.

Ever the consistent performer, Colt Thirty One’s 20 starts during the interim netted 12 placings.

Even the son of Mach Three become the industry’s latest millionaire a few months ago went largely unnoticed!

“He’s been a victim of the handicapping system to a certain degree,” Dixon said. “He’s had to come from wide and back row draws which doesn’t help, especially if you’re not quite racing at your best.

“I sent him down to Menangle knowing he would get a better go of it and would enjoy the large track.

“It is terrific to see him get another win on the board and should do a huge amount for his confidence.”

Driven by Robbie Morris, Colt Thirty One scored by 17-and-a-half metres from The Mustang, with Make Mine Memphis a neck away third.

Planning to race the seven-year-old around the world class venue again in a fortnight, Dixon has set his sights on the A G Hunter Cup at Tabcorp Park Melton on February 5.

“He will go around at Menangle again in a couple of weeks,” Dixon said. “If he goes well enough I will nominate him for the Hunter Cup.

“I’d imagine he will have to win or run a pretty good race to make it into the Cup.”

Brad’s mounting a charge for the Breeders Ch...
Cameron on fire at ‘Crunch Time’ in Br...
Every reason to be confident of success
Times like this remind us why we love harness raci...
About author