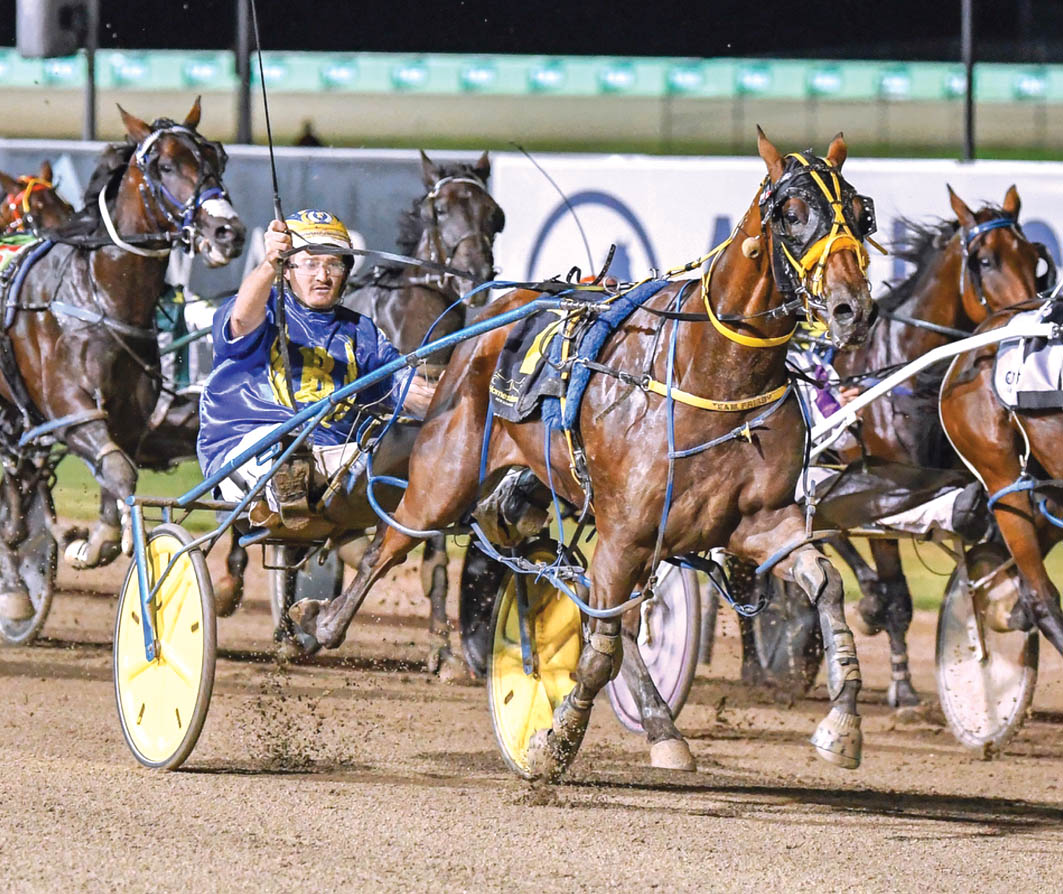 THERE were no surprises from yesterday’s Australian Pacing Gold heats at Club Menangle with favourites dominating proceedings. Two fillies’ and a pair of colts’...

THERE were no surprises from yesterday’s Australian Pacing Gold heats at Club Menangle with favourites dominating proceedings.

Two fillies’ and a pair of colts’ and geldings’ qualifiers were conducted throughout the afternoon headed by Anntonia at $1.04.

Fresh from her Group One success in Bathurst on March 27, Anntonia led throughout in 1:54.4, with her time eight-tenths of a second quicker than Soho Almasi in the following heat.

Also working forward to set the pace, Soho Almasi justified her $1.10 odds with her effortless performance.

Another first-up since competing in Bathurst – where he finished third in the Group One Gold Chalice – Tasty Delight was never fully extended on his way to a 1:53.3 triumph at $1.15.

Despite the ease of He Aint Fakin’s win trainer Chris Frisby is yet to decide which avenue to take with the son of Art Major.

After next week’s second round heats He Aint Fakin will potentially by eligible for the $350,000 Final in Melbourne on May 29 and the $50,000 Consolation in Menangle on the same night.

Whether the three-year-olds heads interstate or remains close to home is yet to be determined.

“I will have to talk to the owners about what they want to do after the second round,” Frisby said. “It could be a case of staying home to avoid the top ones and still earning good money.”

Hills just love beating each other up
Potential superstar among the outsiders!
HRSA Future Direction
APG ‘family’ to dominate NSW Derby
About author