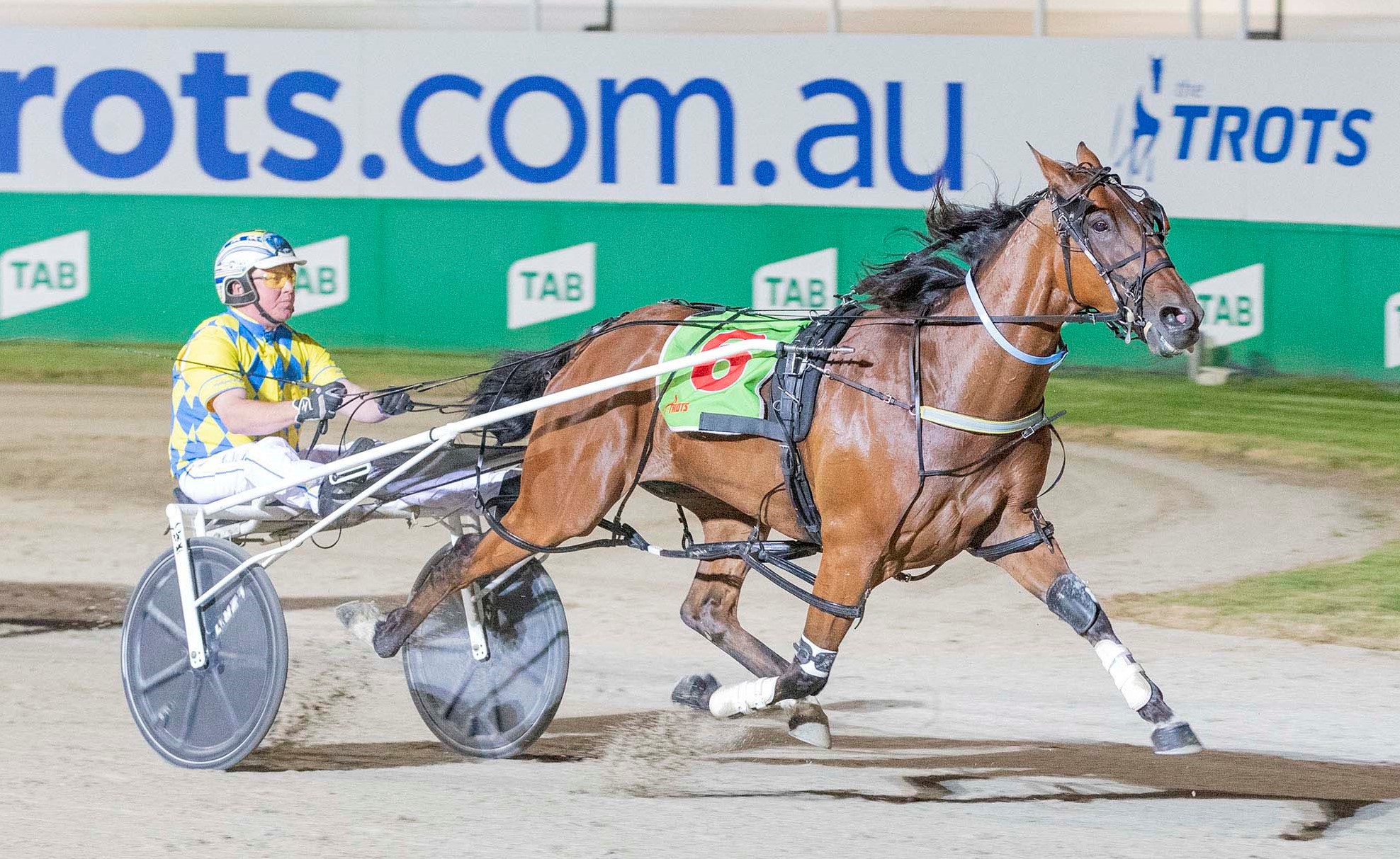 Time for classy pacer to be “put to the test”

HAVING provided a solid indicator he is returning to his best, classy pacer Boots Electric will be “put to the test” in coming weeks....

HAVING provided a solid indicator he is returning to his best, classy pacer Boots Electric will be “put to the test” in coming weeks.

Pleased with Boots Electric’s performance, trainer Russell Jack has set his sights on several Cups with the five-year-old.

Beginning with Saturday night’s Shepparton Cup, Jack has earmarked the Ballarat Cup the following week and the famed A G Hunter Cup a week later as Boots Electric’s next targets.

“After having a nice freshen-up he has come back a better horse,” Jack said. “The time off did him the world of good.

“It was a drop in class yesterday, but he also did it pretty easily and showed he is getting back to his best.

“I’ve nominated him for the Shepparton Cup and I will talk to Emilio (Rosati, owner) tonight before confirming he will head there.

“We’re also looking at the Ballarat and Hunter Cups, so it is time he is put to the test.”

Driven by Leigh Sutton during his latest victory, Boots Electric worked to the lead from his second row draw, with the remainder of the 2678-metre trip becoming a procession.

Striding clear around the home turn, the son of Somebeachsomewhere was never fully extended on his way to a 14-and-a-half metre win from Sporty Dancer.

“I was very confident with him and he ran up to expectations,” Jack said. “He’ll certainly improve from that run, but he’ll need to.”

Ready to begin new phase of flourishing career
The boys are back in town
“I simply can’t see him being beaten.”...
Late Mail for Menangle, Ballarat
About author