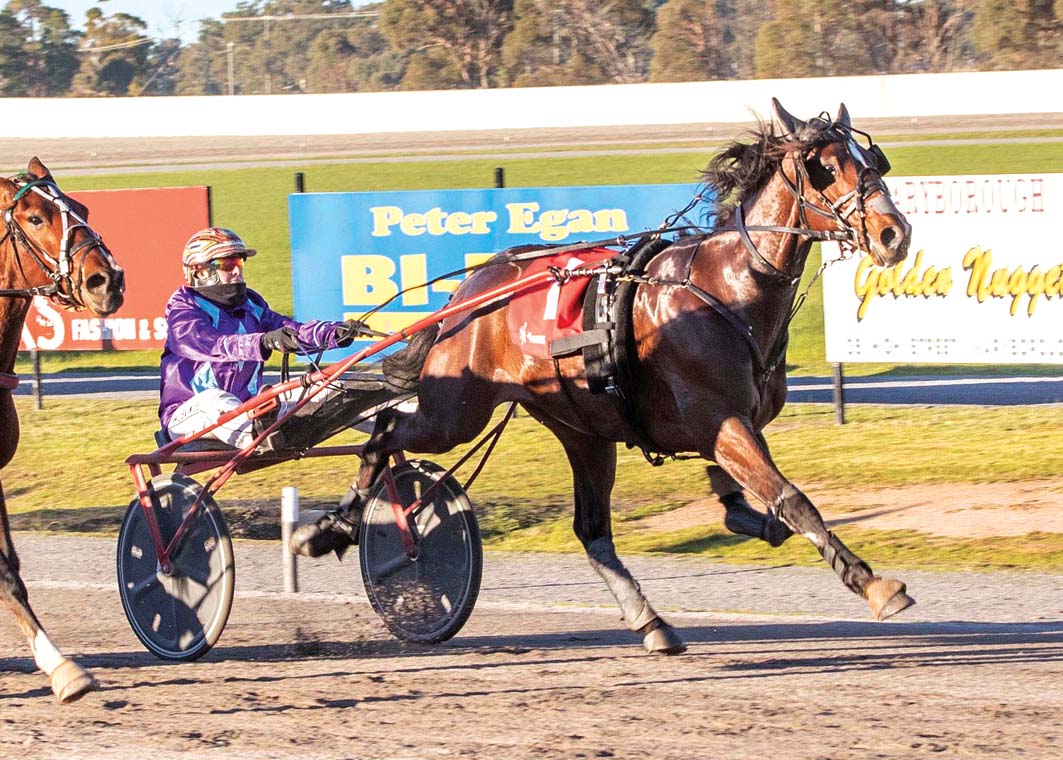 First step towards “pie in the sky” goals

GIVEN plenty of grounding last season, rising star Powderkeg will be asked to “step up” this term, with his trek to the top beginning...

GIVEN plenty of grounding last season, rising star Powderkeg will be asked to “step up” this term, with his trek to the top beginning this weekend.

Among the best of his crop, Powderkeg experienced a mix of age-restricted and open class racing during his previous campaign as trainer Lisa Miles prepared the son of Muscle Hill for the road ahead.

Admitting she, along with the trotter’s connections, has “pie in the sky” goals, Miles has Powderkeg engaged in Saturday night’s Derby Royale Free-For-All in Shepparton.

Should the five-year-old perform to expectation, Miles will then take aim at the V L Dullard Cup in a fortnight, followed by the Great Southern Star at Tabcorp Park Melton on February 4.

“It’s time for him to step up and see what he can handle,” Miles said. “We have pie in the sky plans for him, but whether he can get there we will have to wait and see.

“He’s up against some of the big names on Saturday night, so it’s going to be pretty hard for him from now on.”

TAB Fixed Odds have the stallion vying for favouritism at $2, with Majestuoso heading the market at $1.95.

A member of the Andy and Kate Gath stable, Majestuoso has drawn the inside of the back row.

“Majestuoso is the one to beat despite the draw and being first-up for nearly two months,” Miles said. “He trialled well on Monday and has proven himself at this level.”