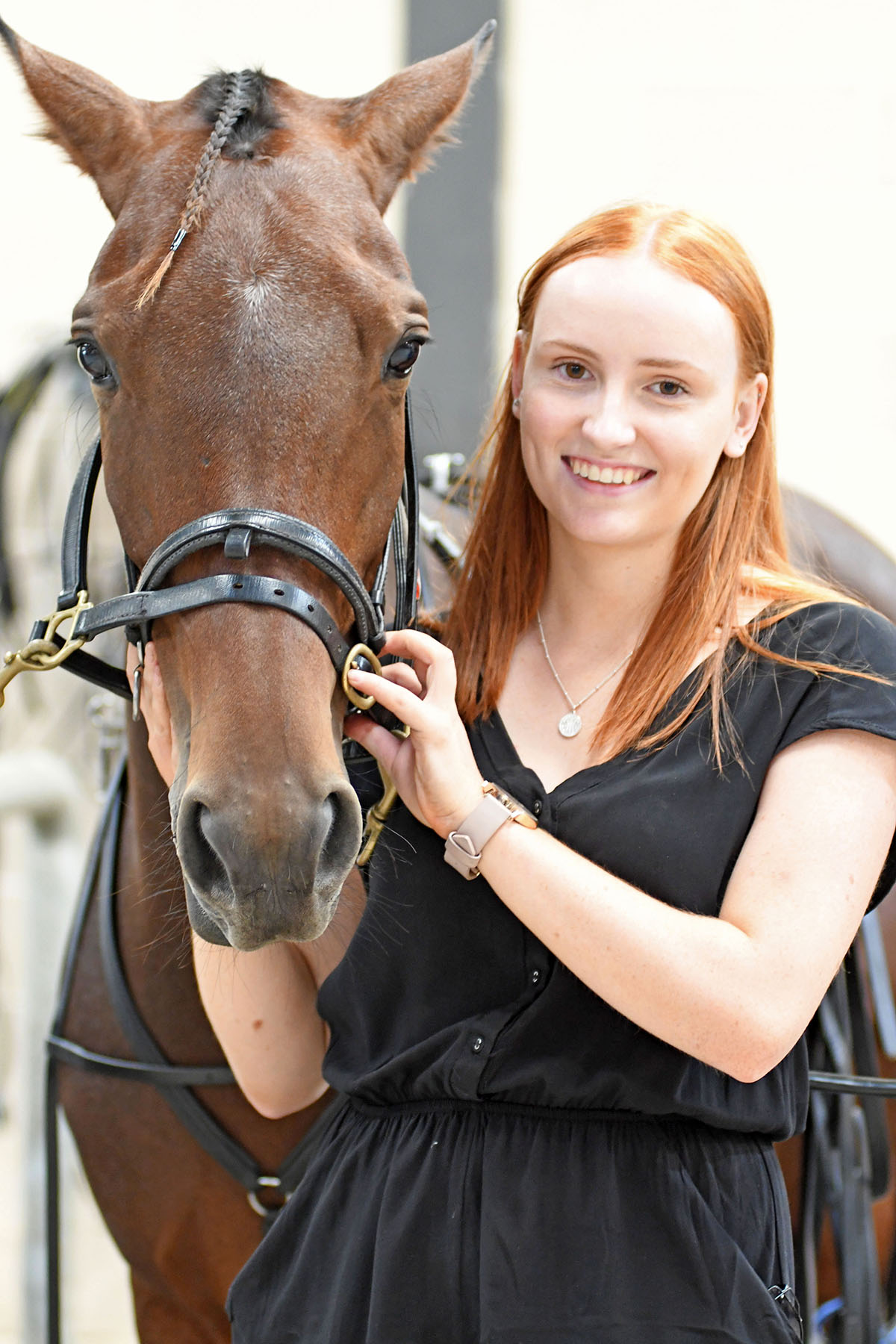 Hannah would love to hit the ‘repeat’ button

From just four drives, Rixon has booted home three winners, including a double at Penrith last Thursday night aboard Gigi Bob and Team of Starzzz.

She then headed to Goulburn on Sunday afternoon and was able to guide Fear The Eagle to a solid win.

Hannah and her twin brother Will recently celebrated their 21st birthdays and both have proven that they possess the talent of their parents Peter and Cindy, who both scaled great heights in the sport.

Despite only having driven for four years, Rixon has showed maturity and experience beyond her years and is rapidly becoming much sort-after by trainers in the Sydney metropolitan area.

“I was incredibly lucky to be afforded some nice drives during the season, particularly towards the end of the year and I cannot thank the connections and trainers of the horses that I have driven enough for showing such faith in me.

“My family plays such a significant part in my success.

“Our parents Peter and Cindy are always supportive of me as well as my brother and sister Will and Ellen.

“I guess it is quite unique that all of us have been successful in the gig and for me to be able to call on all of their experience and guidance and that of our extended family is so helpful.”

Penrith will host a six-race program tonight and Hannah will chase another double with Gigi Bob (Race 2) and Team of Starzzz (Race 3), who are both chasing back-to-back wins at the track.

Owned by Cindy and trained by Peter, Gigi Bob has drawn perfectly in gate two.

Hannah believes the mare’s gate speed should help her find the front and from there she should be able to control to tempo and go close to winning.

Rixon has driven Team of Starzzz to win at two of his past three outings for trainer Geoff Day.

“This fellow was tough in winning last week,” she said.

“I do a lot of driving for Geoff, and it is great to be able to win races for him.

“From the draw, Team of Starzzz will be up in the firing line where he likes it.

“He is very honest and I expect him to go close again.”