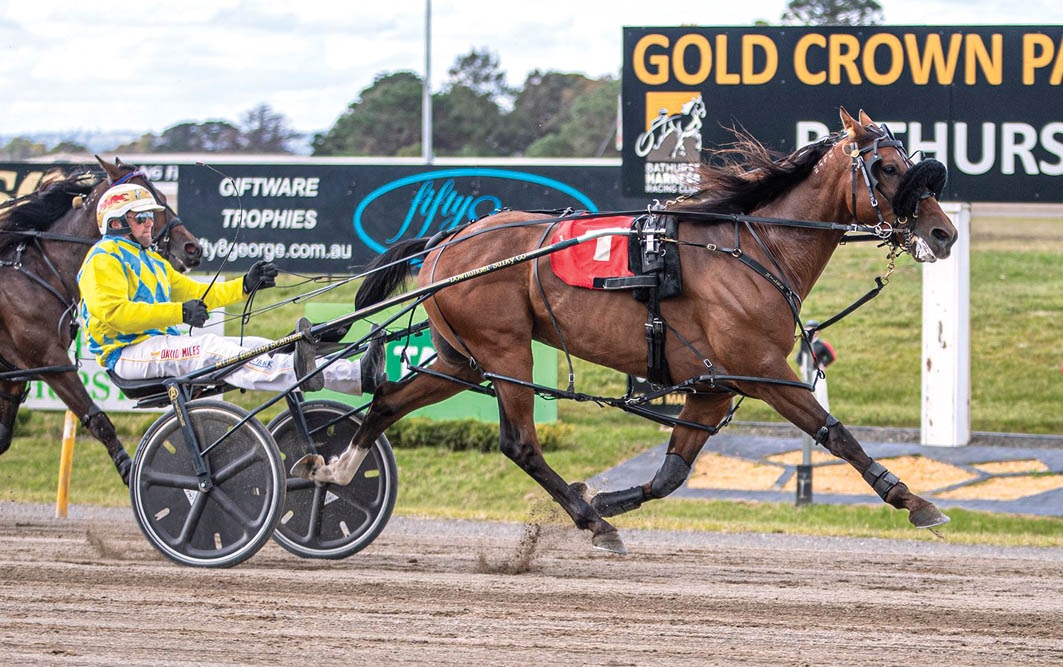 Owners are their own biggest threat

HOPING to win another Group One for prominent owners Emilio and Mary Rosati, trainer David Miles is not sure he can beat their main...

Returning in super form this season, Focus Stride began the term with a second before winning his next five starts, including his Gold Chalice heat earlier this week.

Despite his stellar form and draw, the son of Art Major is regarded as one of the outsiders in the $100,000 Final.

Expected to settle prominently from barrier four, Focus Stride is listed at $41 with TAB Fixed Odds.

“I couldn’t be happier with him,” Miles said. “He has done everything asked of him this time in and is feeling terrific.

“He’s come through his run in the heat brilliantly and is ready to go again in the Final.

“Whether we can beat Emilio and Mary’s other runner remains to be seen.”

While Focus Stride is considered low on the pecking order, the Rosatis also own star three-year-old Perfect Stride.

A raging favourite at $1.35 with TAB Fixed Odds, Perfect Stride has drawn to lead throughout from the pole.

Prepared by Anthony Butt, the colt also captured his heat in effortless fashion.

The Emma Stewart-trained stabelmates Mach Dan and Yianni are the only other runners under double figures.

“It was always going to be hard to beat Perfect Stride,” Miles said. “From his draw it will be close to impossible now.

“There is a slight chance he could get crossed at the start, which would make it interesting, but if anyone can get a horse off the arm it’s Anthony Butt.

“I’ll just have to go forward early and hope to get into a good position then look for luck in the run.”