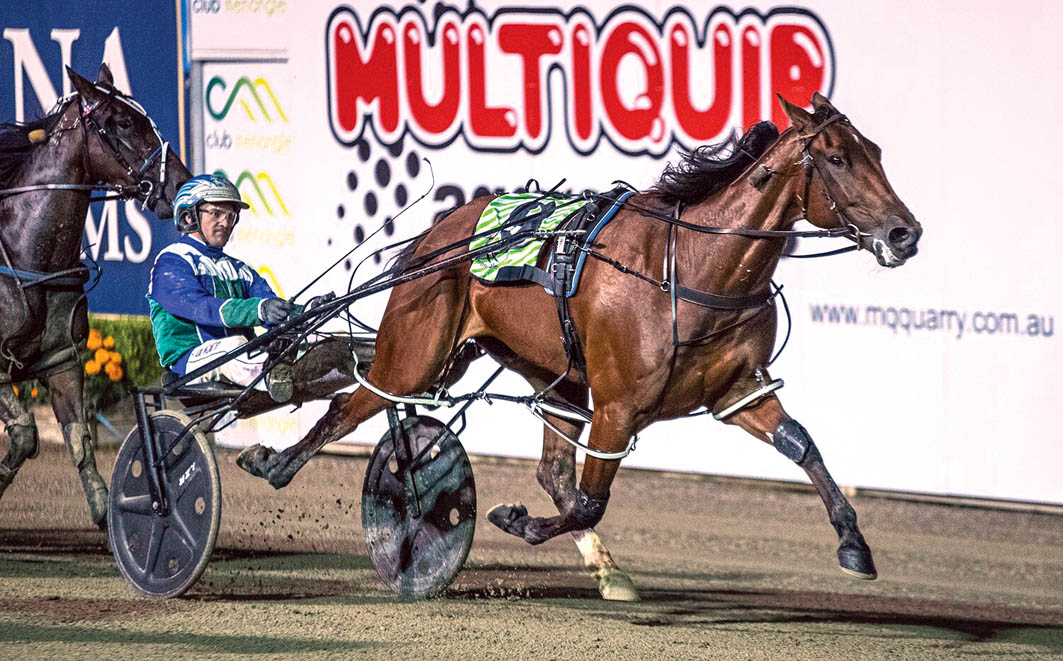 A TRIP to the country is on the cards for city mare Molly Kelly. Maintaining her perfect start to the season at Club Menangle...

A TRIP to the country is on the cards for city mare Molly Kelly.

Maintaining her perfect start to the season at Club Menangle last night, Molly Kelly has been aimed at the Riverina Series by trainer Craig Cross.

The series is open for pacers eligible for the New South Wales Breeders’ Challenge and those sustained for the Bathurst Gold Crown.

Two Finals will be conducted for four-year-olds and two for five-year-olds.

Molly Kelly will compete in the five-year-old mares’ division.

“It’s a great initiative and fits in really well for her,” Cross said. “I’m not sure if she will race again before the heats, but it is certainly the way we are heading with her.”

Molly Kelly established herself as the one to beat in the series with her triumph in the Group Three Autumn Gift.

Driven by Todd McCarthy, the daughter of Four Starzzz Shark led throughout from barrier five to account for Pump The Brakes and Arma the Gun in 1:52.4 over a mile.

Having her fourth outing for the term, Molly Kelly stretched her record to 19 and 23 placings from 47 starts for earnings of $337,224.

Molly Kelly’s success was the middle leg of a treble for Cross and McCarthy, who combined to score with Cruz and Speak No Evil.

Beginning quickly to find the front from gate nine, Cruz covered the 1609-metre sprint in 1:49.9.