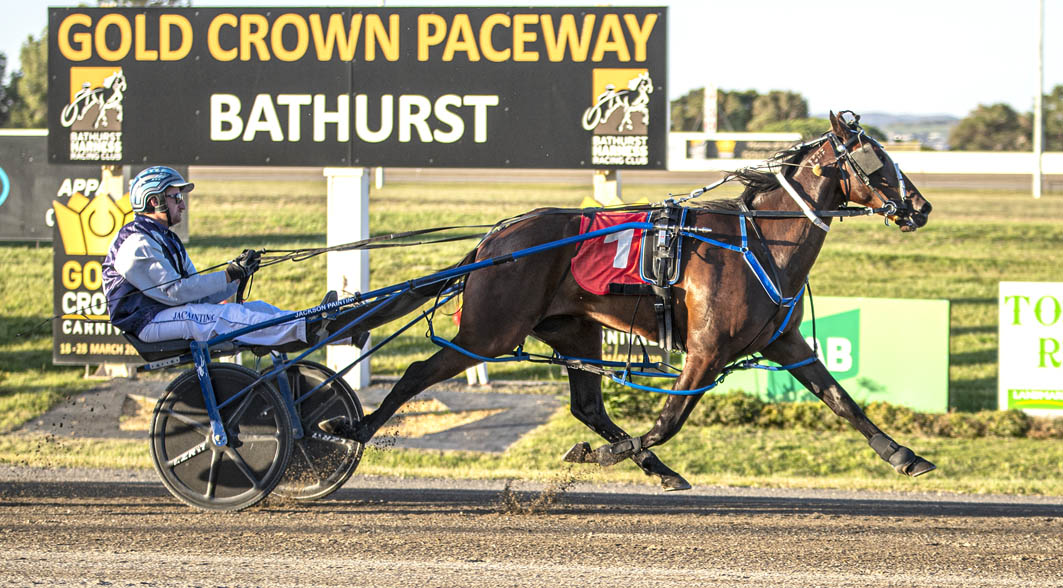 Horror draw all but ruins Group One hopes

A HORROR draw has trainer David Kennedy all but conceding defeat ahead of Saturday night’s Bathurst Gold Crown. Kennedy is set to contest the...

A HORROR draw has trainer David Kennedy all but conceding defeat ahead of Saturday night’s Bathurst Gold Crown.

Kennedy is set to contest the Group One with promising freshman Rocknroll Runa.

Boasting three wins from four outings, Rocknroll Runa heads into the prestigious Final as a last start winner of his heat.

“He has pulled up great from his heat,” Kennedy said. “I have let his hopples out a bit since then in hope of letting him stride out better.

“When he won in Shepparton he went a bit rough but he dropped his knee boots so I thought that may be the reason, then he didn’t pace as good as I thought he can in his heat so I’ve adjusted the hopples a bit.

“I’m more than happy with him heading into the Gold Crown, but they draw is another story.”

To Kennedy’s dismay Rocknroll Runa will begin from barrier 11 – the middle of the second row.

The son of Rock N Roll Heaven is a $34 outsider with TAB Fixed Odds.

On the other end of the scale fellow heat winners Lochinvar Chief and Ideal Dan have drawn to fight out the finish.

“If we’d drawn one or even one on second line I would’ve thought he could be in the money but not from the draw he has,” Kennedy said. “He’s going to need a lot of luck from there.

“It’s hard to see Moran’s horse being beaten, with Ideal Dan the one most likely to do it.

“Tasty Delight is the other one I would rate from six.”