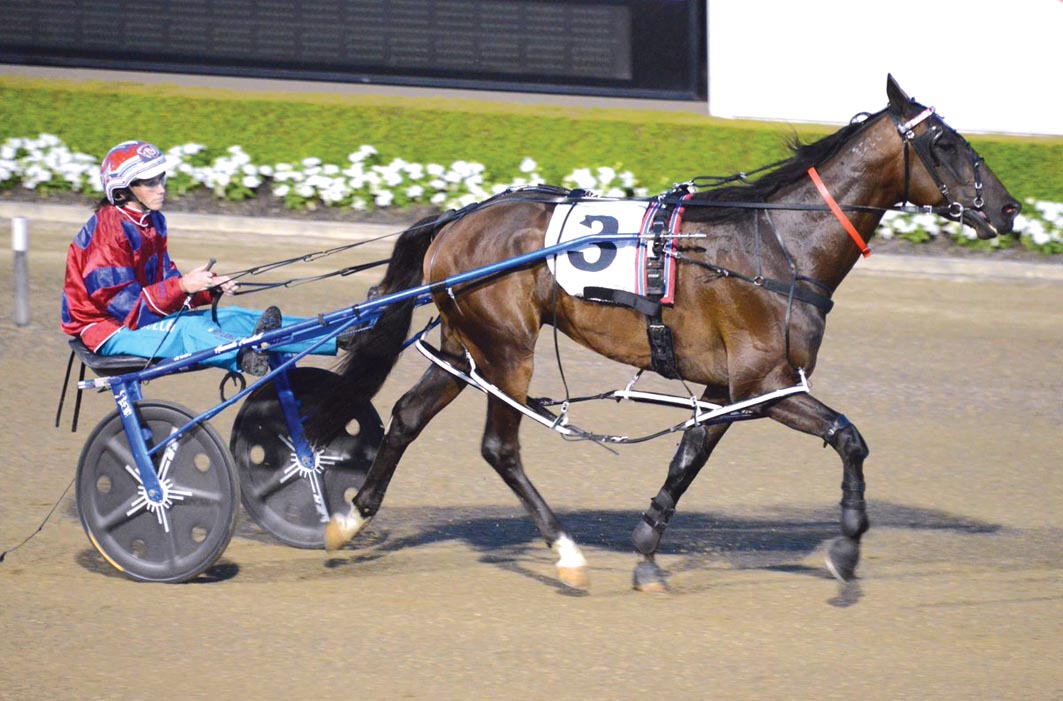 The card also included the Smooth Satin Cup, which was captured by APG graduate Atomic Red.

Atomic Red’s success was a sentimental moment for trainer Steve Turnbull, who prepared Smooth Satin throughout his illustrious career.

Smooth Satin reached the pinnacle of the sport by securing the Inter Dominion along with the Miracle Mile and Chariots Of Fire.

As for Atomic Red, the son of Rocknroll Hanover worked to the lead from barrier seven before scoring from Left Tennant and Power Of Red in an APG trifecta.

Earlier in the night Tasty Delight earned a shot at another feature when he outclassed his rivals in the second Gold Crown heat.

Prepared by Brian Portellli and driven by Blake Fitzpatrick, Tasty Delight was never seriously challenged on his way to a soft win from his outside of the front row draw.

Winner of the Sapling Stake at Club Menangle at his previous start, Tasty Delight rated 1:56.2 over 1730 metres, with his time a second slower than fellow APG purchase Lochinvar Chief.

Trained and driven by David Moran, Lochinvar Chief worked to the front before completing a soft victory to break his maiden at his third outing.

The son of Captain Treacherous was runner-up at his two previous starts.

Idyllic rounded out the APG winners when he outstayed his opposition in 1:56.5 for trainer Clayton Tonkin.

Looking for replacement family….!
Satisfying weekend for training couple
Huge wraps on lightly-raced youngster
Local champ had all the answers
About author