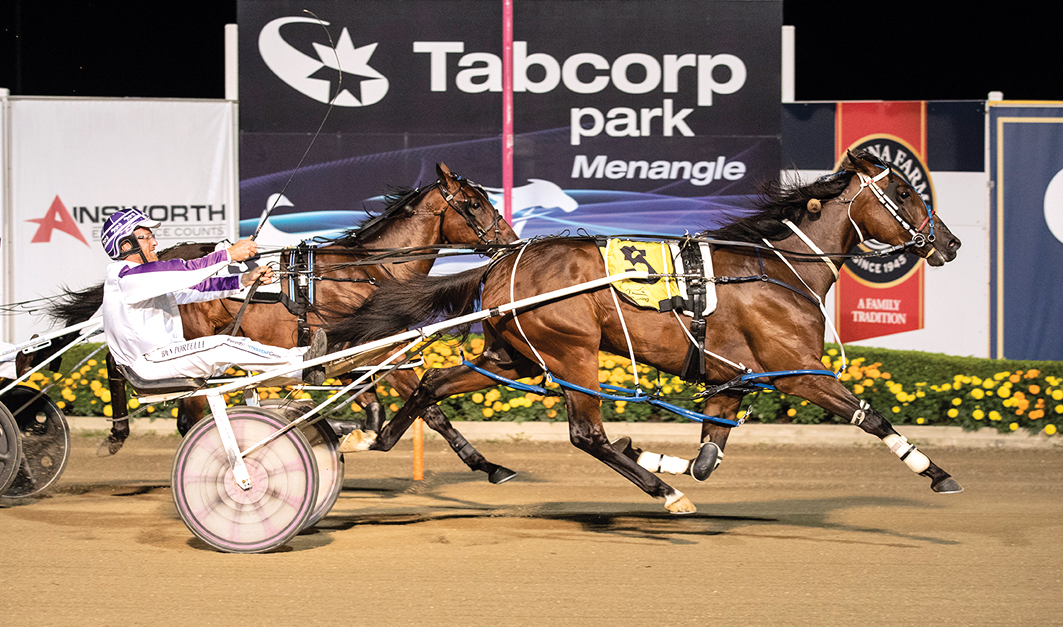 Tasty’s draw not so delightful

TALENTED youngster Tasty Delight is expected to have little trouble maintaining his winning way despite a horror draw in Bathurst tonight. Successful in the...

TALENTED youngster Tasty Delight is expected to have little trouble maintaining his winning way despite a horror draw in Bathurst tonight.

Successful in the Sapling Stake at Club Menangle a fortnight ago, Tasty Delight is poised to contest the second Gold Crown heat.

Six qualifiers for the prestigious series are to be decided throughout the card.

To trainer Brian Portelli’s dismay, Tasty Delight has drawn barrier eight – the outside of the front row.

The Australian Pacing Gold purchase will be driven by Blake Fitzpatrick

“That’s going to make it a lot harder on him,” Portelli said. “I don’t want to see him go backward but I don’t want him caught wide early either.

“It’s a difficult draw but he is capable of overcoming it.

“He pulled up well from his win at Menangle and has been working great.

“I’m very happy with him and expect him to be hard to beat despite the draw.”

Citing Captain Crusader as the main danger, Portelli expects the majority of Tasty Delight’s opposition to improve on their previous runs.

Captain Crusader has drawn to settle in a favourable position from the pole.

“Captain Crusader went well at his first start and on that form is the biggest threat,” Portelli said.

“Most of the field have only had one start so you can assume they will all be better for the run.”