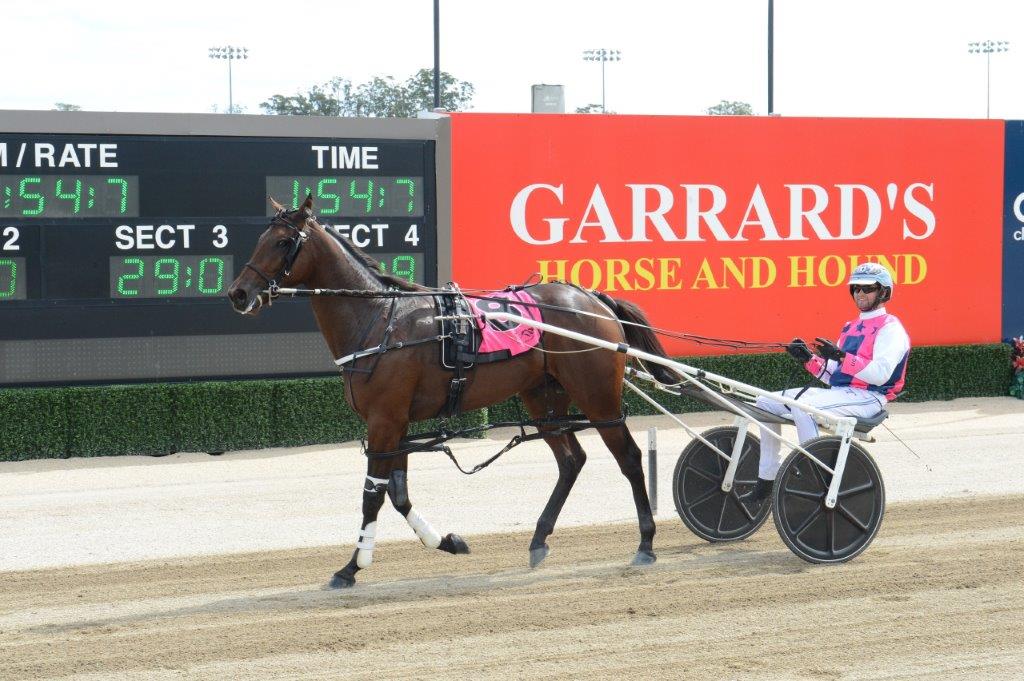 ONE TO WATCH: Mahomes resumes at Penrith tonight.

Jack Trainor22 Mahomes2
IT is an exciting time of the year for harness racing participants as the New South Wales Breeders Challenge series gains momentum throughout the...

IT is an exciting time of the year for harness racing participants as the New South Wales Breeders Challenge series gains momentum throughout the state.

But one who has many reasons to be excited about the series is Menangle-based reinsman, Jack Trainor who will handle major players in three of the divisions of the Breeders Challenge.

And all three will be on show at Penrith tonight, which will be a gauge to their chances of capturing Group 1 glory when the Finals roll around in October.

Lightly-raced gelding Mahomes is not contesting a heat tonight and the two-year-old is taking on the older horses in the opening event on the Penrith program.

Trainer Peter Russo is heading to Penrith to give Mahomes a look at the track before next week’s qualifying heat is run there.

“Mahomes is a very exciting young horse, and I am pleased to be driving him for Pete Russo,” said Trainor.

“I believe he is right up there with the best two-year-olds in the state.

“Pete wants him to have a look at the track before his heat next week as he has only ever raced on the bigger track at Menangle.

“He pleased us in his first-up trial since resuming and despite drawing wide in gate six tonight, I really think he should win.”

Star filly Anntonia is first-up in a heat of the NSWBC for three-year-old fillies, but she has had two solid trials to sharpen her up.

“She felt really strong in both of her trials, and I never really asked her for a lot,” said Trainor.

“She is a typical good horse that just does what she needs to in trackwork and trials but then knows when it’s game day.

“I rate her as one of the best fillies in Australasia.

“My plan is to come with one run and, barring bad luck, she should prove too strong for her rivals.

“Rocket Boy is taking on some nice ones in the three-year-old colts and geldings’ heat but he has been a real surprise package for me.

“He has won all three starts since coming to Australia and just keeps improving.

“I have so much time for him, and I think he will give his opponents something to chase tonight . . . especially over the short course.”

John Tapp goes head-to-head with Jack Trainor
One more major hurdle awaits Trainor
Out to make up for lost time on the sidelines
Trainor looking to land his own ‘quaddieR...
About author