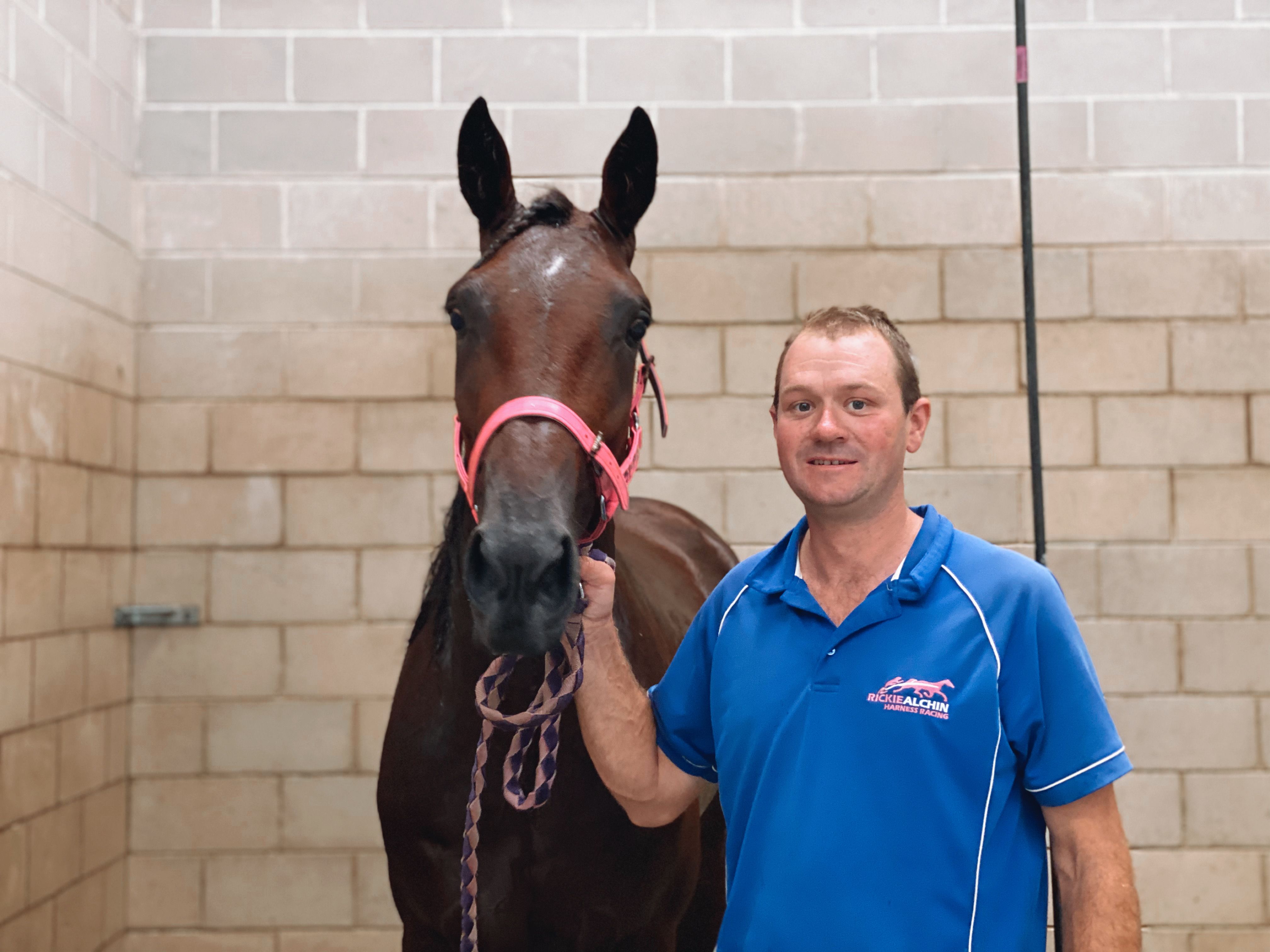 RICKIE ALCHIN with Watts Up Majestic

Plethora of talent on show in Breeders Challenge

breeders challenge9
THE build-up to the New South Wales Breeders Challenge has been mouth watering and on Saturday night at Tabcorp Park Menangle the talented youngsters...

THE build-up to the New South Wales Breeders Challenge has been mouth watering and on Saturday night at Tabcorp Park Menangle the talented youngsters that made their way through to the two-year-old semi-finals gave followers of the sport a real treat with some outstanding performances in the four qualifiers.

Star Sydney colt Bar Room Banta smashed the Australasian record when he led throughout to score a narrow win in the first semi-final.

The Craig Cross trained and Luke McCarthy driven son of Rocknroll Dance took 1.1 seconds off the record previously held by Ignatius when he rated 1.50.3.

Runner up Tasty Delight (Brian Portelli) was brave in defeat as he worked hard early and raced without cover, going down by just over a metre.

Drama unfolded in the second semi-final for the colts and geldings when Cameron Hart, driver of runner-up and favourite, Watts Up Sunshine fired in a protest against the winner He Aint Fakin (Anthony Frisby).

Stewards agreed with Hart’s objection that He Aint Fakin moved up the track when Watts Up Sunshine was challenging and given there was only a half head margin between the two, upheld the protest, reversing the placings to see Watts Up Sunshine post his seventh career win.

His time of 1.52.9 was almost three seconds slower than that posted by Bar Room Banta.

Despite losing the race, He Aint Fakin’s run was huge as he circled the field mid-race to take up the running and then fought on gamely.

Bonny Bettors Delight filly Anntonia had far too much class for her opponents in the first semi-final for the two-year-old fillies when sent out as a long odds-on favourite.

Driver Jack Trainor was content to work forward aboard the David Thorn-trained youngster and she surged to the lead with 400 metres to run, racing clear for an eight metre win.

Craig Cross and Luke McCarthy were to the fore again in the second fillies’ semi-final when Soho Almasi benefitted from a cosy run to win by a widening six and a half metre margin.

She joined the leader Arma Renegade at the top of the lane and cruised on by to register her fourth win.

The draws for the two $125,000 NSW Breeders Challenge Finals will take place this morning live on Sky Racing.

When the chips were down, they couldn’t beat...
This was no ‘battle’ for Hastings
Breeders Challenge, Inter Dom . . . it’s all...
ELLEN’S STAR HAS RISEN
About author