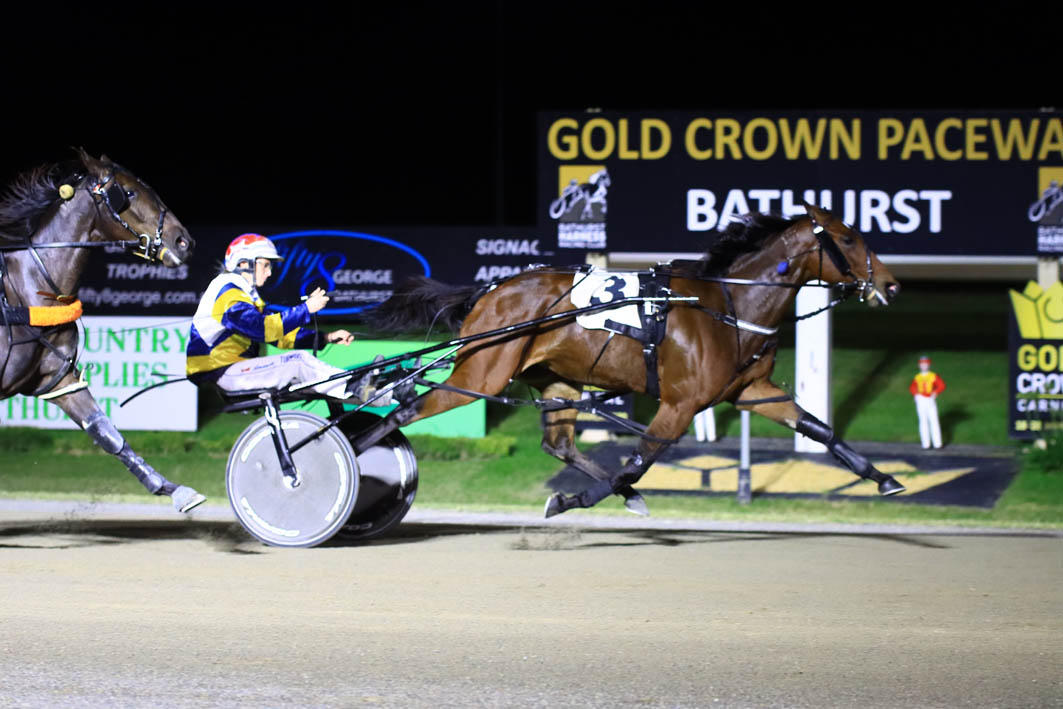 JUST as her stablemate did a fortnight ago, Joanna has surpassed her dam on the prestige list. Trained by record-breaking horsewoman Emma Stewart, Joanna...

JUST as her stablemate did a fortnight ago, Joanna has surpassed her dam on the prestige list.

Trained by record-breaking horsewoman Emma Stewart, Joanna is a stablemate of Treachery which captured the Group One The Allwood at Globe Derby.

By Captaintreacherous, Treachery is from former top mare Lovelist, which won three Group Twos for Stewart.

By Somebeachsomewhere, Joanna is from former classy filly Repelem, which did the bulk of her racing SA.

Repelem was bred and owned by former Harness Racing SA chairman Mark Carey, who bred Joanna before selling her via Australian Pacing Gold.

Like Lovelist, Repelem was a multiple Group Two winner, with her victories including the Southern Cross Final.

Repelem was runner-up in two Group Ones.

At just her third start Joanna has become a Group One winner thanks to her triumph in the Bathurst Gold Tiara.

“Her dam was a nice filly and she has certainly inherited her ability,” Stewart said. “This series was set out for her a while ago and to see her come away with the win is fantastic.”

Driven by Amanda Turnbull, Joanna led throughout from barrier three to score by two-and-a-half metres from Anntonia.

“After she got to the front it was hard to imagine her being run down,” Stewart said. “Amanda rated her well and got the best out of her up the straight.”