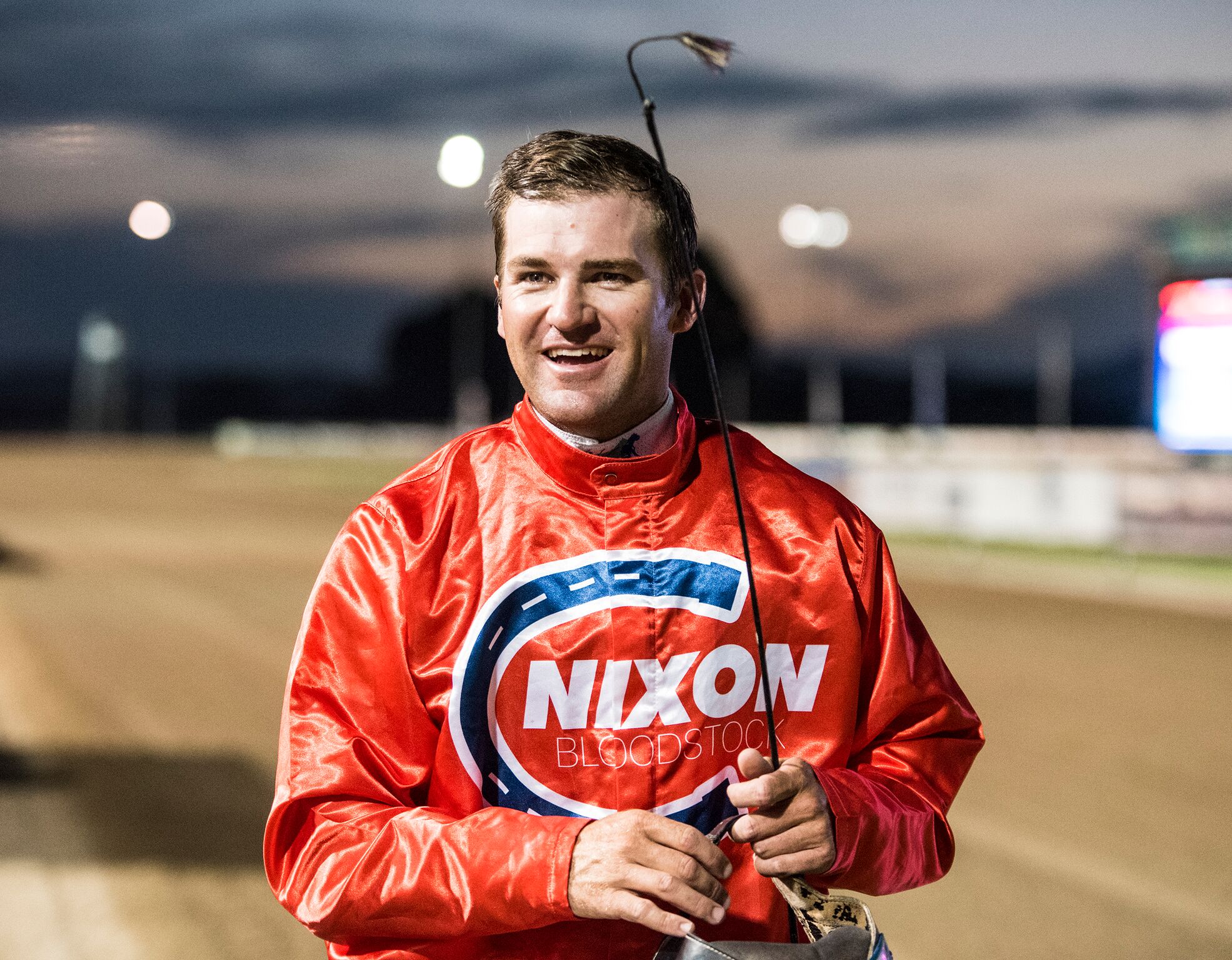 BACK AT NEWCASTLE TONIGHT: Luke McCarthy

Punters keen to ‘back a Bourke’

Andrew Bourke3
THOSE who follow harness racing may not immediately recognise the name Andrew Bourke. Yet this quiet achiever, who hails from Millers Forest near Maitland,...

THOSE who follow harness racing may not immediately recognise the name Andrew Bourke.
Yet this quiet achiever, who hails from Millers Forest near Maitland, has had his share of winners from limited opportunities.
The 18-year-old is fortunate that he has access to regular racing on his doorstep with nearby Newcastle often racing twice a week.
“I do most of my driving at Newcastle, but I do drive at Penrith and Dubbo occasionally,” said Bourke.
“I have been licensed for three years now and I think I have driven 22 winners so far.
“I am loving my involvement in the sport and Dad and the rest of my family have been so encouraging, they are so supportive of me.”
Bourke was born into the sport with his family racing horses in the Hunter region for decades.
His father Chris currently has 10 horses in training and Andrew works full time with them.
Bourke has four drives at Newcastle tonight, two of which are outside drives for trainers who are utilising his five-point claim to better place their horses.
“I think my best drive appears to be Bettor B Nice (Race 2), which is having his first start for a new stable,” he said.
Louth Park trainer Steve Coleman is taking the gelding into tonight’s assignment without a trial following a let-up.
He last raced at Mildura on June 12 when he finished third.
In fact, the former New Zealander has done almost all his recent racing on the Mildura track where he performed consistently, winning three and being placed nine times in 20 starts this season.
An interesting runner for Andrew and his father Chris is first starter Feral Frankie (Race 7), which shares the name of a former top New South Wales greyhound.
“We have given this filly just one trial at Maitland,” said Bourke.
“She ran second and we were happy with the run.
“She is shaping up well and we are expecting her to perform well tonight.”
The Newcastle meeting has also attracted some of Sydney’s most prominent trainers who have been limited to competing at Tabcorp Menangle and Penrith in recent months.
Craig Cross and Luke McCarthy are returning to what has been a happy hunting ground for them and have three runners engaged.
KerryAnn Morris and talented young reinsman Josh Gallagher will take four horses to Newcastle tonight.