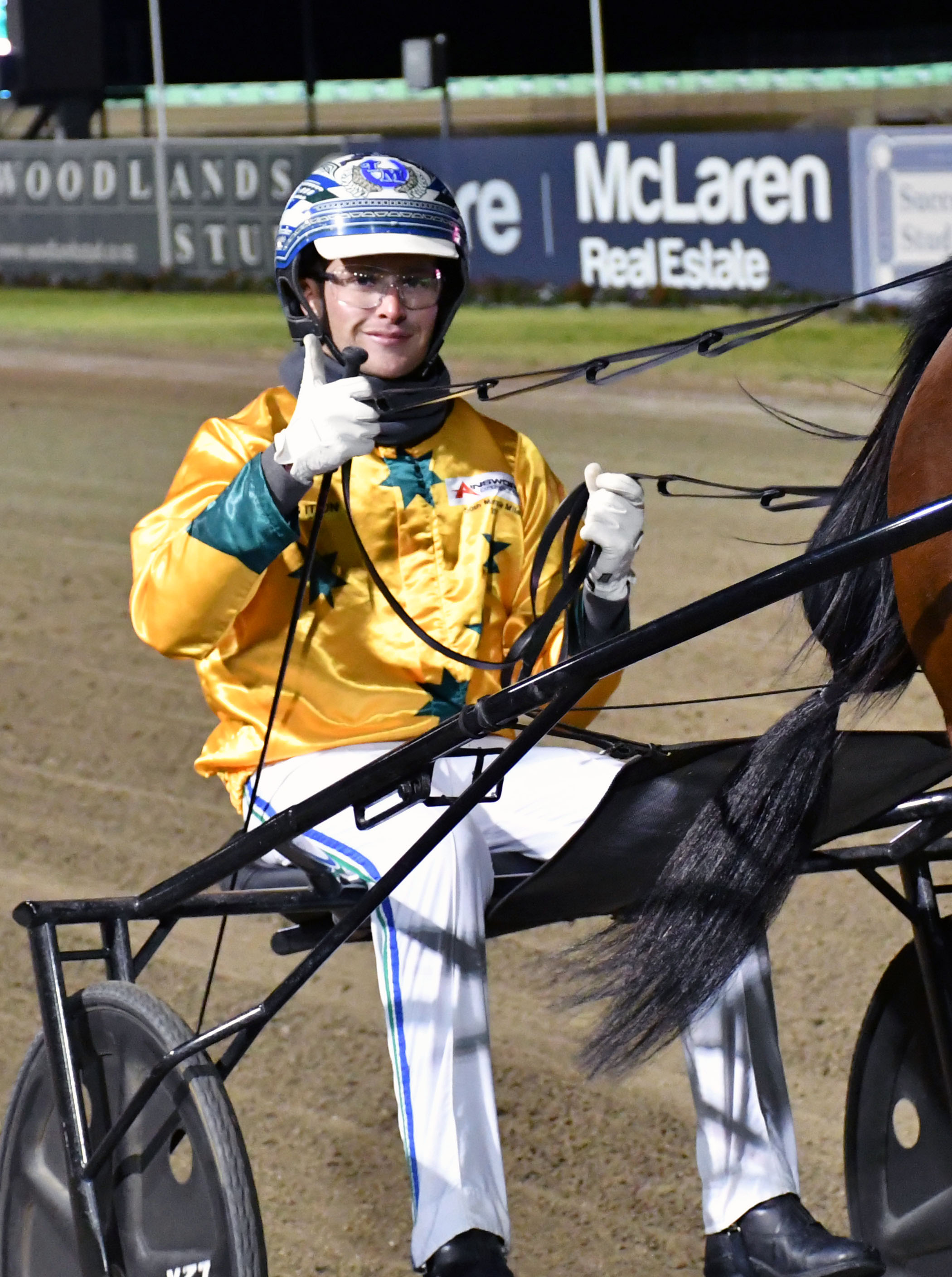 IN SUPERB FORM: Todd McCarthy is chasing Luke with some top drives at Penrith.

McCarthy2 Penrith23
THE battle lines have been drawn for the New South Wales Drivers Premiership. With the title fast approaching the pointy end of the decider,...

THE battle lines have been drawn for the New South Wales Drivers Premiership.

With the title fast approaching the pointy end of the decider, brothers Luke and Todd McCarthy face up to gain supremacy over one another.

The next few months will prove captivating for punters and harness racing fans.

Luke currently sits on top of the ladder with 129 wins while his younger brother Todd is snapping at his heels with 121 winners to his credit for the current term.

Amanda Turnbull is 10 winners behind Todd but is now unlikely to rival the McCarthy boys after relocating to Victoria.

To Luke’s credit, he has dominated at Tabcorp Park Menangle and holds an unassailable 39-win lead over Todd for the metropolitan premiership, driving horses that have accumulated $1.57 million in stakes at the state’s headquarters.

Trainer Craig Cross, who both brothers regularly drive for, has the metropolitan trainers’ title sewn up with 93 winners, an astonishing 77 wins ahead of his nearest rival KerryAnn Morris, who has trained 16 winners at the south-western Sydney track.

To date, the Cross stable boasts a bankroll of $2.7 million for the 2019/20 season and the juggernaut does not appear to be waning.

Luke is a champion in his own right and has been at the top of his craft for such a long time, winning so many feature races along the way.

But it is the charismatic Todd who has captured so much media attention in recent times, particularly through his association with Inter Dominion champion, Tiger Tara.

The talented horseman will look to reduce the deficit in the premiership at Penrith tonight when he takes the reins behind four pacers that are all fancied in pre-post betting markets.

Todd was unable to name a standout from his drives but explained that all of them would be very hard to beat, provided they had luck in running.

“Forced to make a choice of my best drives tonight, I would say that the Kevin Pizzuto-trained pair, La Perla Bella (Race 3) and Royal Bengal (Race 4) should both go close,” said Todd.

“Kev always has his horses at their best when they go to the races.”