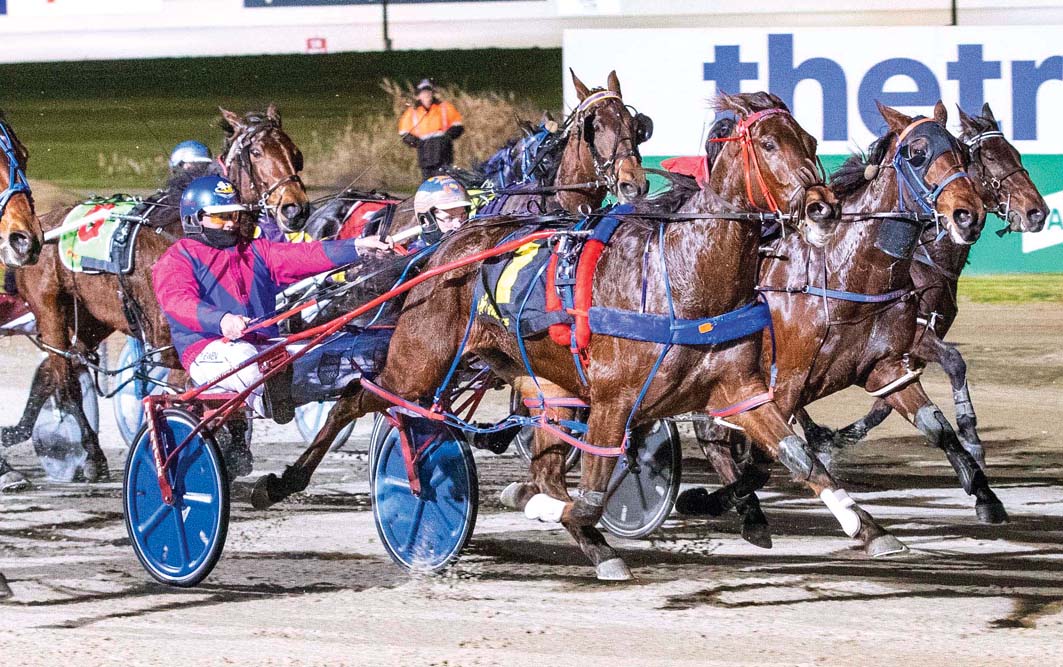 HANDY pacer Bulletproof Boy didn’t take long to repay trainer Ewen Scott for his faith. Following the death of one of his co-owners, Charles...

Following the death of one of his co-owners, Charles Okmasich, Bulletproof Boy was placed on the market by the deceased’s family and fellow owner Jeff Radomi.

Aware of Bulletproof Boy’s potential, Ewen didn’t want to see the son of Art Official exit his stable so he organised a group to buy the gelding.

Having his second outing for the new crew, Bulletproof Boy completed a minor upset at Tabcorp Park Melton last night.

“We bought him about six weeks ago from the previous owners,” Ewen said. “I was training him for estate but they were looking to sell.

“Jeff was also happy to sell because of personal reasons arising from the Covid situation.

“I didn’t want to lose him so I put together a group and we came to a deal.

“There are nine of us in him and he’s got the job done for us at his second run from a break.”

With Ewen holding the reins Bulletproof Boy began quickly from barrier seven to settle outside the leader, Delightful Mia, which found the front from gate six.

Gaining the perfect one-one trail during the middle stages as Let Went was taken to the ‘death seat’, Bulletproof Boy was angled three-wide around the final bend before scoring by a neck from Hit The Sky, with Boncel Benjamin a metre-and-a-half away third.

“That was a top run given he is only about 90 per cent fit,” Ewen said. “He will improve for the outing, but he will need to in this class.

“At this stage I will head back to Melton with him either next week or the week after and see if he can keep the momentum going.”