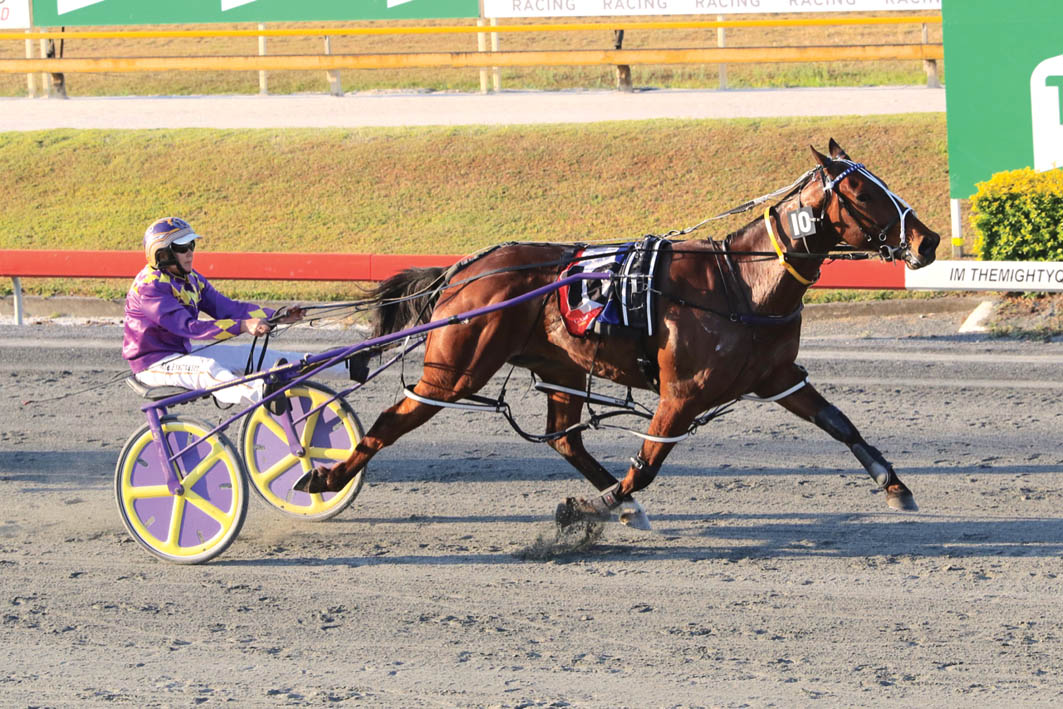 RISING star Speech Is Silver is expected to have little trouble continuing his winning streak despite an awkward draw. Successful at his last six...

RISING star Speech Is Silver is expected to have little trouble continuing his winning streak despite an awkward draw.

Successful at his last six starts, Speech Is Silver has drawn the second row over 2138 metres at Albion Park tonight.

Thrilled with the gelding’s progress, trainer Darren Weeks has no doubt Speech Is Silver can overcome the early obstacle to maintain his winning sequence.

“I’m rapt with the way he is going,” Weeks said. “His work has been sensational and he feels terrific.

“The draw is not the best, but it’s a trailing draw which will suit him as he is a high speed horse.

“Barring bad luck I can’t see him being beaten.”

Betting markets agree with Weeks’ assessment, with Speech Is Silver a $1.33 favourite with TAB Fixed Odds.

Should a danger emerge from the field Speech Is Silver won’t have to look far given his stablemate Anychance is the second favourite a $9.

Void of luck during recent outings Anychance will begin from the inside of the back line.

“His work has been solid, he just needs a bit of luck to go his way,” Weeks said.

In other news from the Weeks’ camp, former promising pacer Lilac Flash will make his racing return after a 13-month absence.

Lilac Flash won 14 of his 28 starts last season – with seven placings to his credit – before suffering a foot injury which set off a chain of unfortunate events.

Close to a return Lilac Flash was then hampered by a virus before cutting his leg on a fence.

The son of Bettors Delight has the opportunity to complete an ideal comeback from barrier two.

“He never had any major injuries, just a few small things which went wrong that kept him out longer than planned,” Weeks said.

“It will take a couple of runs to get back somewhere near his peak but he’s as fit as he can be without racing and should go well.”