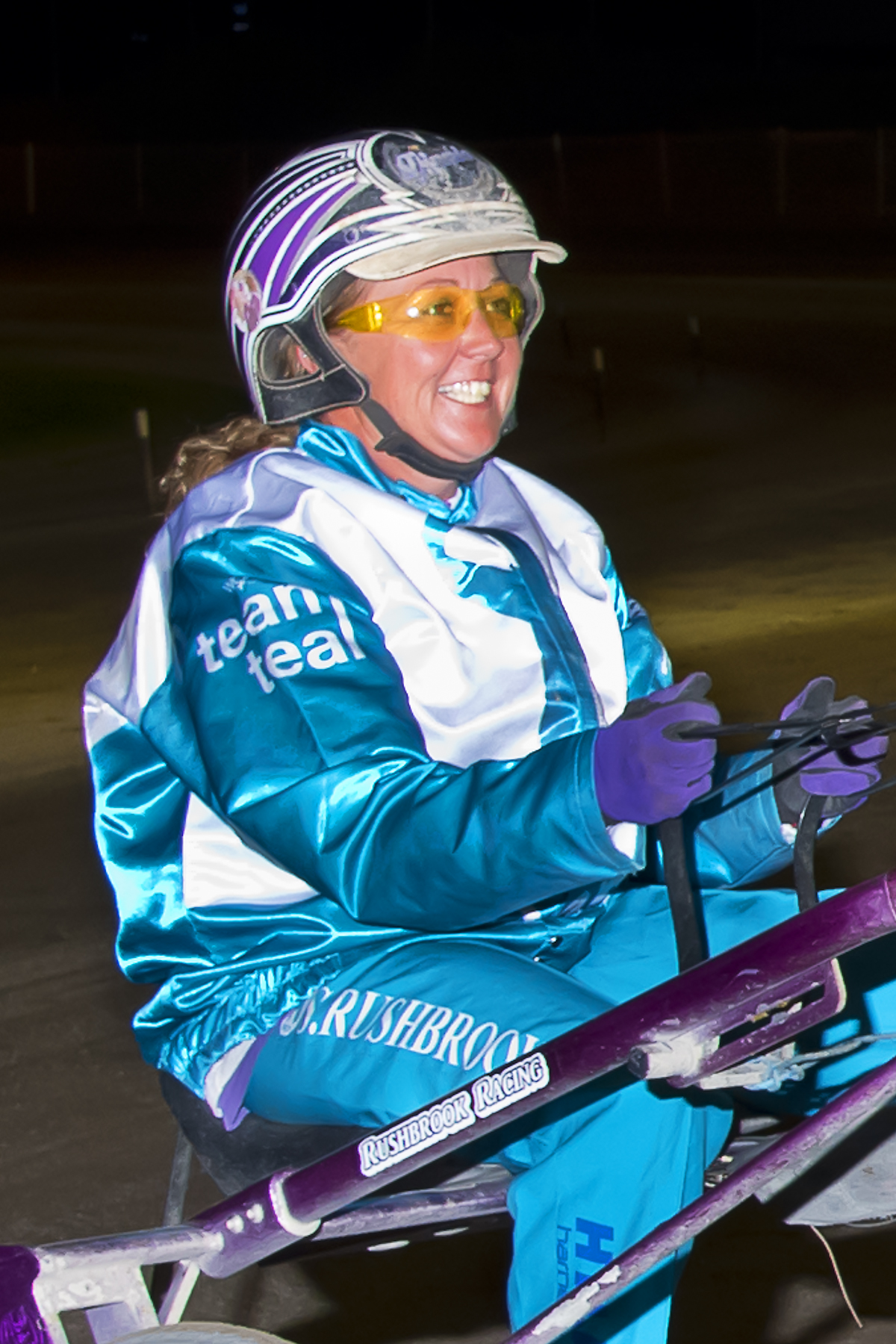 Still smiling, despite Inverell fall. Sarah Rushbrook wants to get back into action as soon as possible. PHOTO: courtesy Peter Mac Photography.

Rushbrook already keen for return to the sulky

Sarah Rushbrook1
TAMWORTH horsewoman Sarah Rushbrook was on a roll  – training and driving winners along with taking out a premiership last season. That all came...

TAMWORTH horsewoman Sarah Rushbrook was on a roll  – training and driving winners along with taking out a premiership last season.

That all came to a halt last Sunday when Rushbrook, along with fellow Tamworth reinswoman Elly Chapple, fell heavily as the gate released for the running of the Inverell Cup, the feature race at the Inverell harness meeting in the north of the state.

“We had to be going about 60 kilometres an hour at the point of release,” Rushbrook said.

“I was surprised that it wasn’t worse with all the horses and drivers involved – not that the fall was any good either.”

Following the one horse out of the barrier, within seconds Rushbrook found herself flying through the air.

“The front horse fell and rolled inside onto Elly’s horse, who was in the two spot. I saw the horse in front going down and I managed to get past but got clipped by the gig,” Rushbrook said.

“I got the horse clear but not myself”

“It was my first race fall, so I did it properly.”

Vision of the fall will show Rushbrook being catapulted into the air before falling heavily to the ground on the inside of the track.

“I was conscious all the way but had my eyes closed in the air and didn’t realise that I had gone so far,” Rushbrook said.

“I knew I had hit a pole on the way down.

“The steward showed me my helmet with all the white paint on it.

“I was fully winded and I tried to prop myself up to get my wind back then when I tried to get up it was a quick analysis when I moved my leg that I wasn’t going to get up in a hurry.”

Rushbrook underwent surgery yesterday at Lismore Hospital for two breaks to her femur.

“They thought I only had the one break going into surgery and they didn’t realise it was so bad until they saw the second break,” Rushbrook said.

“They have put a steel rod into the bone and screwed it in.

“I heard the doctor say that it could be up to 12 months before things were right again – I burst into tears and told him that’s not happening.”

Rushbrook only recently wrapped up the Team Teal campaign in February where she was selected as the North West Ambassador for the charity which raises funds for research into ovarian cancer and besides driving winners on the track ran a trivia night to help raise more funds for the cause.

Anyone who knows Sarah Rushbrook knows she has determination and guts and a heart that wants to help out any fellow competitors in a tough spot.

Now it is her turn.

“I am just overwhelmed with the amount of phone calls and text messages that I have received,” Rushbrook said.

“Everyone has just been wonderful, and I do appreciate it.

“Even when I was laying on the track, I could see a lot of faces and there was a lot of involvement from those on course helping out.

“I have been in falls before but nothing like this.

“It was my first race fall. I have had falls in trackwork and trials and you go home and have a couple of bourbons and a Panadol and get on with it.

“It is a massive thank you to everyone at the track – the ambulance on-course, the staff on the chopper flight were so assuring to myself and Elly (Chapple) and here at Lismore Hospital the staff are so pleasant – everyone has been brilliant.”

Rushbrook and Chapple have been good company for each other in the Lismore Hospital with the good news filtering through that Chapple is currently being transported back to the Tamworth Regional Hospital, where she will undergo surgery for a broken elbow.