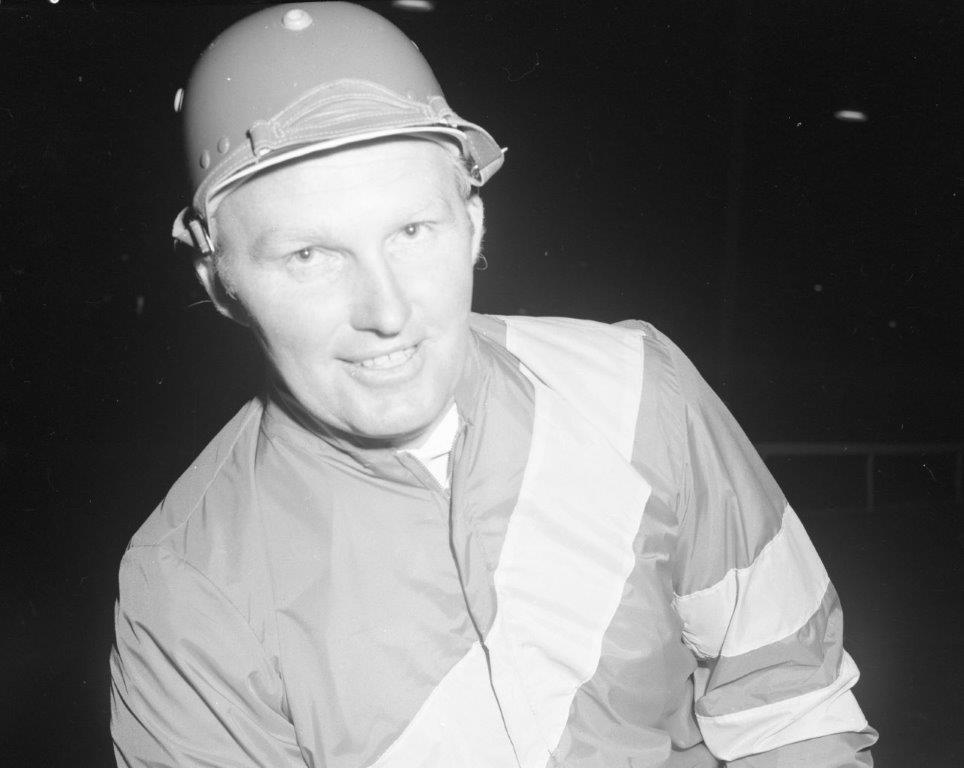 SORELY MISSED: A young Barry Matterson during his early days at Harold Park.

Adam Ruggari2 Barry Matterson3 Three In Heaven1
IT will be with a heavy heart that Adam Ruggari heads to Newcastle tonight to contest the qualifying heat of the New South Wales...

IT will be with a heavy heart that Adam Ruggari heads to Newcastle tonight to contest the qualifying heat of the New South Wales Breeders Challenge with three-year-old gelding Three In Heaven.

Ruggari took over the training of the talented youngster following the passing of his grandfather Barry Matterson, who lost his battle with cancer two weeks ago.

Barry, who was 85, was held in high esteem in the harness racing industry and his talent as a trainer was undeniable.

New York Fashion was one of the best fillies of her year and among her wins was the 2009 Breeders Challenge Final.

“I have learnt all that I know from my Pop, I was so fortunate to have grown up with him as my mentor and I will miss him greatly,” said Ruggari.

It would be fitting if Three In Heaven could win his Breeders Challenge heat tonight and progress to the semi-finals as the son of Mach Three was trained by Barry when he last stepped out on the track on July 2.

Accomplished reinsman Peter Hedges drove the pacer in his last three runs for Matterson and retains the drive tonight for Ruggari.

Three In Heaven has raced four times during 2021, winning on June 4 and finishing in the placing three times, all at the Newcastle track.

He comes up against a handy field that includes Pops Boy, who is favoured to take out the race and will be hard to toss after drawing ideally in gate one.

Ruggari also has the in-form Mannho engaged in the race, who will be driven by in-form reinsman Tom Ison.

Mannho has won two on the bounce during the past three weeks, but faces a big step up in grade tonight.

An evenly-graded field will contest the NSW Breeders Challenge heat for the three-year-old fillies and Peter Hedges will be chasing a rare feature double when he partners the Kevin Warby trained Hot Jiving in the race.

The filly won three in succession in September before being put on ice and freshened-up for this assignment.

Vale: Barry Matterson
We owe it all to Barry, says Ruggari
About author