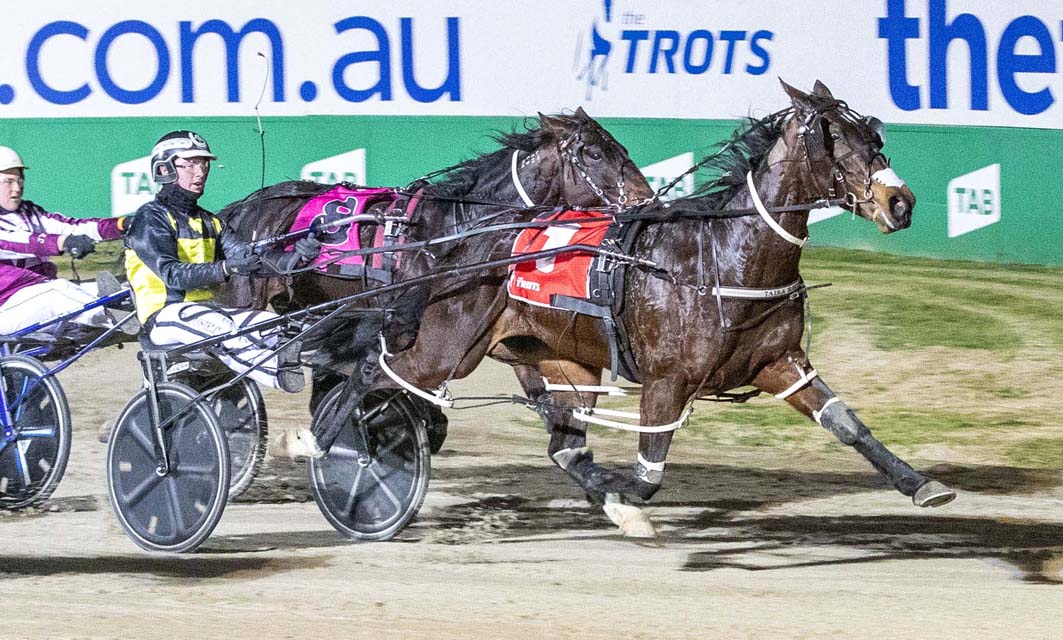 Several milestones in one night

The obvious cause for celebration is Costello registered his initial treble thanks to Radical Major, Charisma King and Delightful Jazz.

“It was an unbelievable night,” Costello said. “I was rapt to win three races.

“I was pretty excited after getting two winners as that was my first double.

“To go past that with a treble is amazing.”

Delightful Jazz also provided Costello with his maiden metropolitan victory by capturing the TAB Long May We Play Pace.

Beginning quickly to lead from the pole, Delightful Jazz was eased to take a trail behind her stablemate Our Road To Mecca.

Gaining a saloon passage around the home turn as the front runner drifted away from the pegs, Delightful Jazz quickly sprinted to the front before staving off the fast-finishing Sahara Tiger to score by a head.

Off The Radar was two metres away third.

“That was my first metro winner which is great,” Costello said. “It got close at the finish, but thankfully she was able to hold on.”

Costello went close to a quartet after finishing a half-head second with Zoliver.

“Had Zoliver gotten up it would have been beyond a wild dream,” Costello said.

Gaining his driver’s licence “about 15 months ago”, Costello’s aim is to become a professional freelance reinsman.

“Dad always had a horse or two and that’s how I got the bug for it,” Costello said. “Regional racing has been really good to me as I am getting the opportunity to drive some better horses.

“My goal is to make a career out of driving if I can.”

Unborn Vicbred foal’s value rises after USA ...
Tara marching towards title defence
Averages up in first APG Sale of 2019
Trainer has eye on the majors
About author