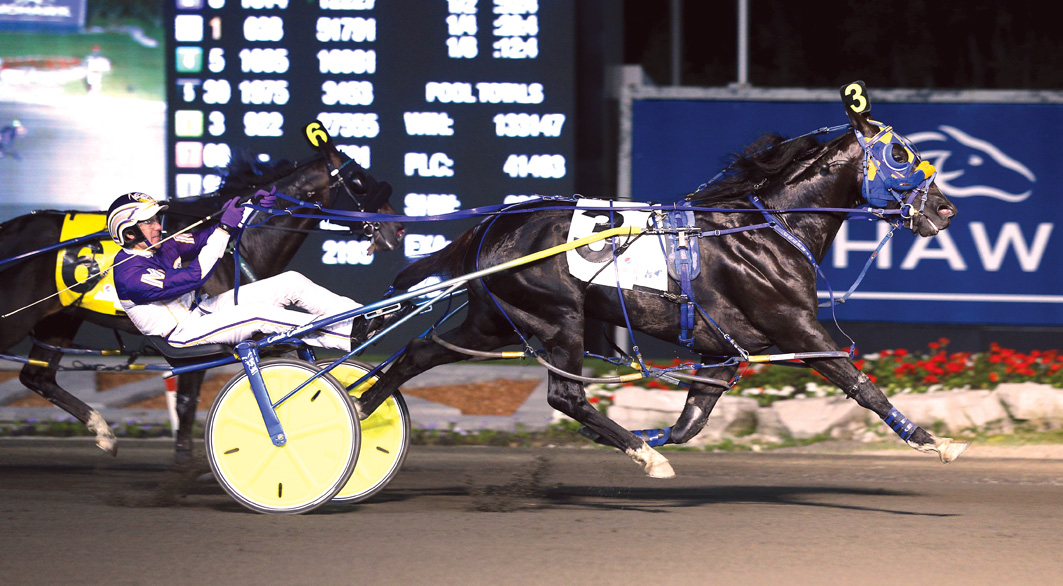 WOODBINE Mohawk Park in Canada hosted 11 races for two-year-old pacers during the weekend. Six of these qualifiers were won in impressive fashion by...

WOODBINE Mohawk Park in Canada hosted 11 races for two-year-old pacers during the weekend.

Six of these qualifiers were won in impressive fashion by sons and daughters of first crop stallion Betting Line.

All of them were trained by Casie Coleman-Herlihy and all were driven to victory by Jonathan Drury.

The quickest colt of the morning was the $75,000 Harrisburg purchase Linedrive Hanover.

Linedrive Hanover left the gate quickly then settled into third through a 30.2-second opening quarter. As the field straightened down the backside, the rookie pacer pulled and made the lead with a three-length advantage at the 59.3-second half.

Linedrive Hanover then found another gear for the back half of the mile, hitting the third station in 1:26.4 before sprinting home in 26.3 seconds to score by 18 lengths in a sizzling 1:53.2!

Linedrive Hanover paced his last half-mile in :53.4 and is out of a mare by another Empire Stallion – Well Said.

Amazing Bet, Twin B Edge and Dean B Hanover – all colts – were also eye-catching winners.

Dean B Hanover held off his challengers to cross the line first in 1:56.3.

Dean B Hanover is out of the Somebeachsomewhere mare Deli Beach and was purchased for $340,000 at the Harrisburg Yearling Sale last November.

The talented filly Indra Hanover captured her qualifying outing, settling in third position early through the opening quarter of 29.4 seconds then moving to the lead down the backstretch before the half.

Her dam is by Western Ideal and she is another Harrisburg Alumni bought for $65,000. Extrilla Hanover, out of a Rocknroll Hanover mare, was also quite impressive with her 1:55.4 gate to wire performance winning by over three lengths.