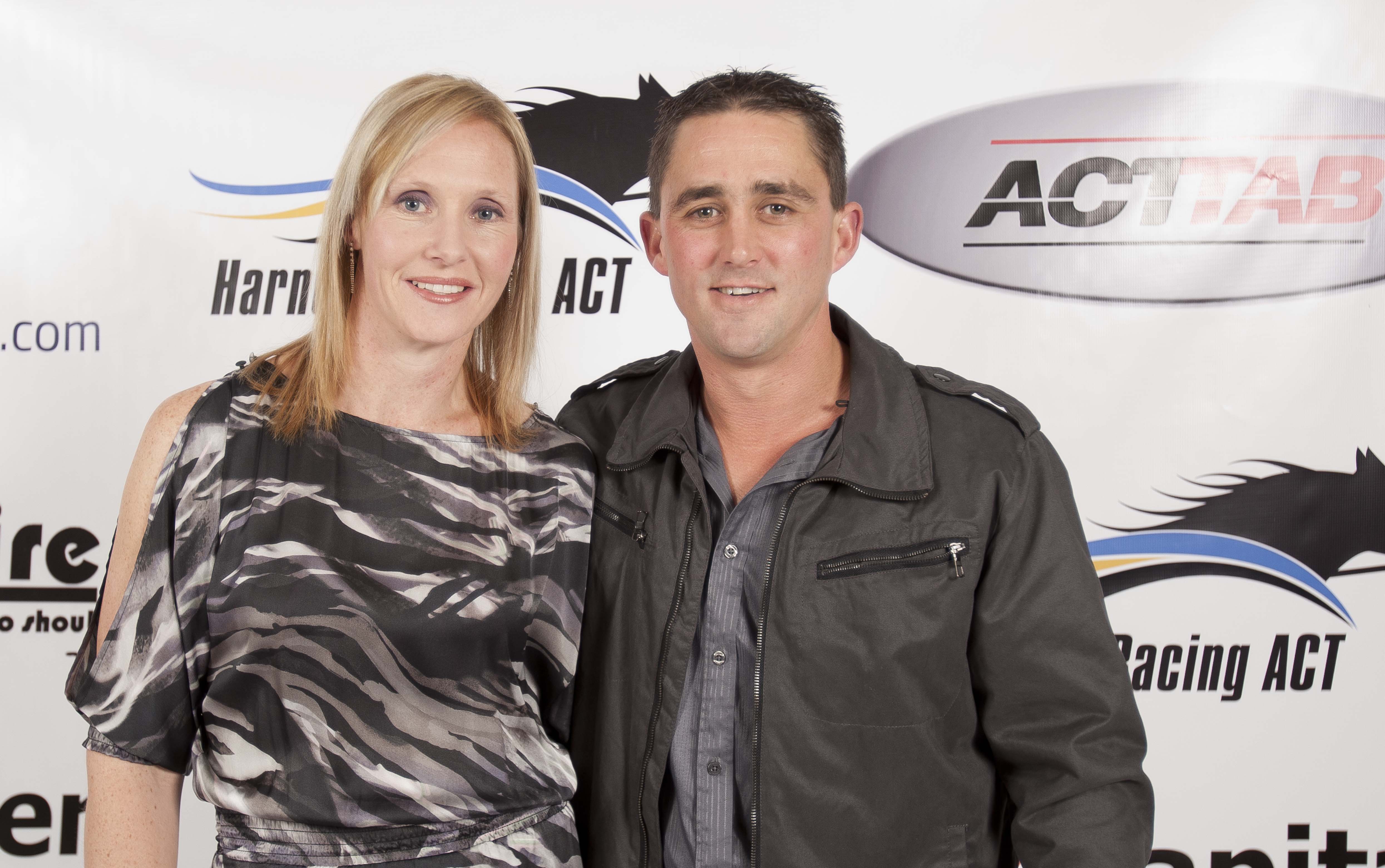 WORKING HARD - AND LOVING IT: Scott and Kylie Osmond

Watch for the King of the Capital to strike

Canberra1 Osmond1
HE could well be known as the ‘King of the Capital’, such has been the prominence of Scott Osmond at Canberra’s Exhibition Park. Osmond...

HE could well be known as the ‘King of the Capital’, such has been the prominence of Scott Osmond at Canberra’s Exhibition Park.

Osmond emerged as a talented reinsman back when he was a teenager and while he has never driven “big numbers’, his ability to drive winners has been proven year in and year out.

“It is a real family affair with us,” said Osmond, who said his father Ian currently had six horses in work.

“Dad trains the horses and my daughter Taylah and I drive them in trackwork and at the races while my wife Kylie is always busy doing all the other work that goes with running a stable.”

It is clear when you talk to Scott about Taylah that he is very proud of her achievements at such a young age.

On October 19, Taylah, who is a graduate of the mini trotting concept, drove her first winner at Canberra.

Taylah drove To Be Feared for her grandfather Ian, the gelding being owned by mum Kylie.

Ironically, she defeated her father by a half-head in a thrilling finish.

The Osmonds are at their home track again tonight where Scott has four drives and Taylah will again combine with Ian to drive To Be Feared in Race 2.

Of his own drives, Scott suggested that Jo Jo Zip (Race 5) and Joetomo (Race 4) appeared to be his best chances of success.

“Jo Jo Zip is bashing the door down to win a race,” he said.

“Her past three runs have been very good, finishing close up in the placings at Canberra and Young.

“She was flooding home and was only beaten by a half-head here two starts back and then finished third at Young last start.

“I do feel that she is dropping in grade tonight.

“I am looking forward to driving Joetomo for the first time for good friends Anne and Peter O’Connor from Cowra.

“He is a classy type who put up a strong effort first-up from a spell at West Wyalong.

“He comes up against a smart field and has drawn poorly in barrier seven but I have a good feeling about his chances.

“Mythos (Race 3) is another handy one I am driving for good mate Matty Johnstone.

“He won last start so should be hard to beat again.”