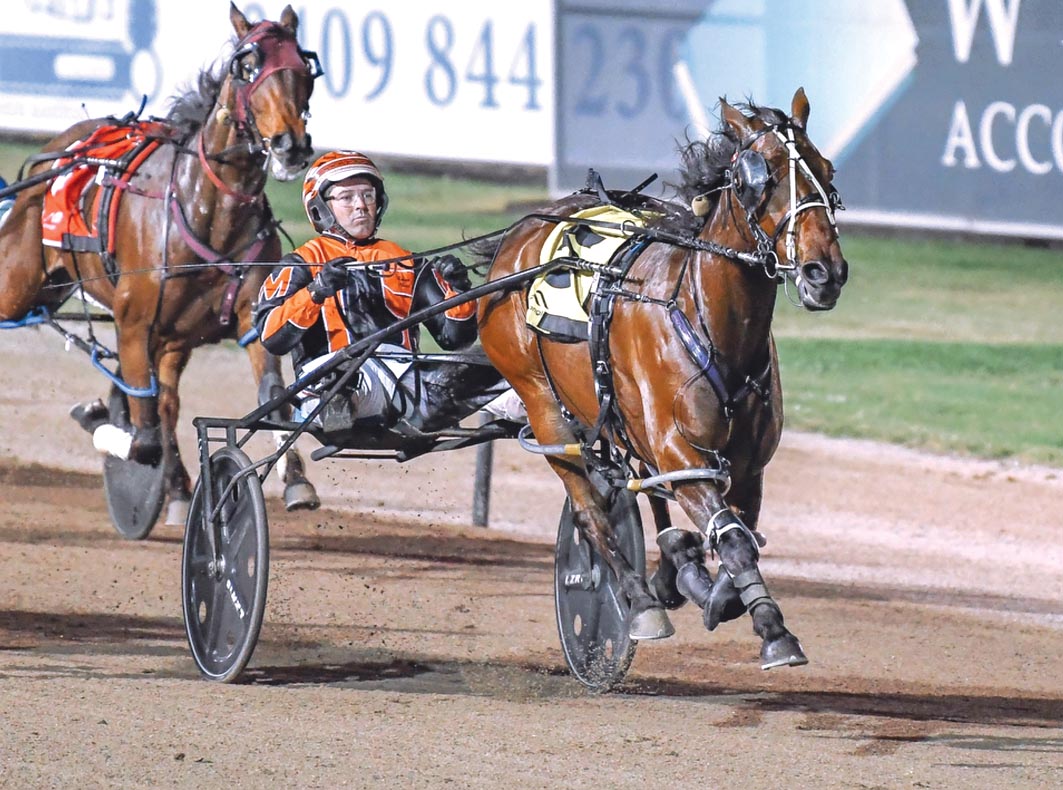 Private Eye is engaged in the colt’ and geldings’ division, which is scheduled to be held at Club Menangle as part of a super card.

The Rob Xerri-trained three-year-old earned his berth in the Group One by capturing his semi-final at the world class venue tonight.

It was Private Eye’s second run from an eight-month spell, having scored first-up in his heat 10 days ago.

“He’s got all the makings of a special horse,’ Xerri said. “He was trained in Victoria by Freddie Taiba, who sent him up for this series as he couldn’t travel due to the Corona virus restrictions.

“As soon as I started working him I knew he had the feeling of a nice horse and he’s been terrific in his two runs so far.

“This will tighten him up nicely for the Final and now we just have to wait and see how the draw pans out.”

With Robbie Morris holding the reins, Private Eye worked to the lead from barrier five as Jerulas Grin was eased to take a trail.

Proving too slick along the home straight, the son of Hes Watching completed a two-metre win from Jerulas Grin, with Mach Dan seven metres away third.

Private Eye covered the mile in 1:50.3 – a tenth of a second slower than Our Money Rocks in the following semi.

Causing an upset with Jack Trainor in the cart, Our Money Rocks scored by a metre-and-a-half from Crunch Time, with Jimartee five metres away third.

Prepared by Jason Grimson, the son of A Rocknroll Dance took his record to six wins and four placings from 21 starts.

“Although beaten Crunch Time remains the main danger,” Xerri said. “That said, Our Money Rocks was very impressive tonight as was Jerulas Grin.

“The draw will play a strong role in the Final.”