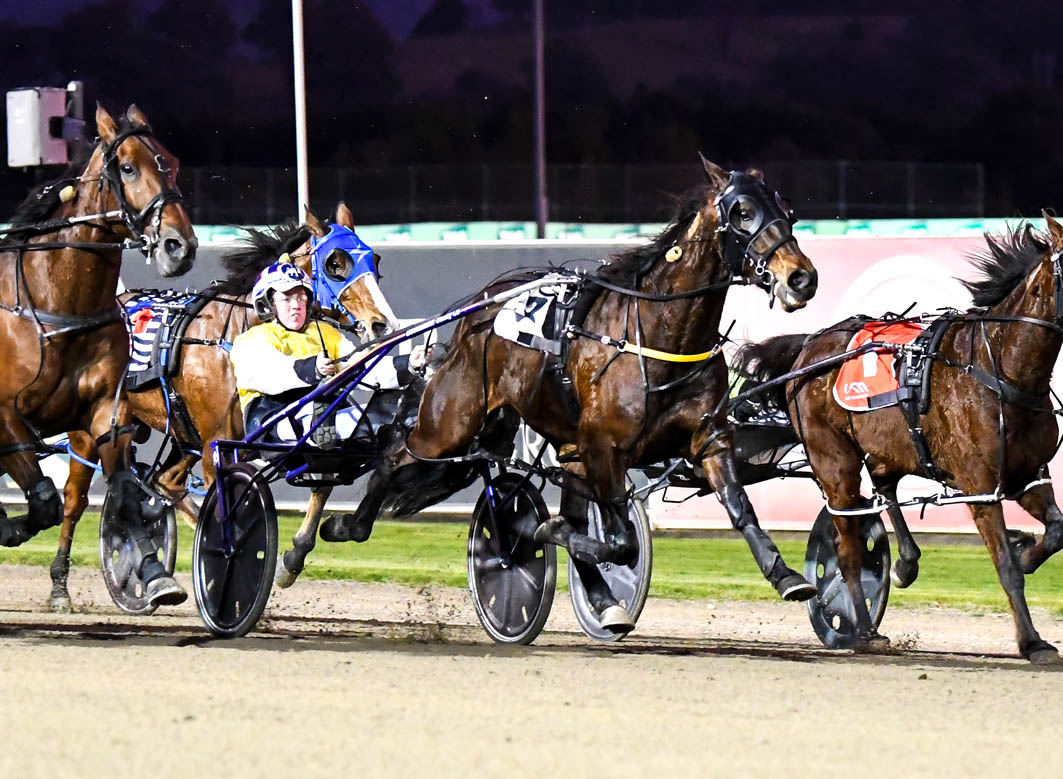 IN THE THICK OF THE ACTION: Justin Reynolds is chasing another double at Bathurst tonight.

Ben’s looking for a ‘double double’

A TRAINING double on one of Bathurst Harness Racing Club’s biggest nights, the TAB Carnival of Cups Shirley Turnbull Memorial feature on Boxing Day was the icing on the cake for prominent owner, trainer and studmaster Ben Settree.

Settree and his wife Melanie operate the renowned Brooklyn Lodge Stud, on the outskirts of Bathurst alongside Melanie’s parents Doug and Janet Moore.

But Settree has also been enjoying a great run of success with a small team of pacers that he trains.

The first leg of his winning double was provided by his bonny mare Delightful Me, who is a daughter of Bettors Delight and out of the top producing broodmare Mes Ti Tsepi, while Mercurius, a son of Somebeachsomewhere, which was bred at Brooklyn Stud, was Settree’s second winner on the night.

Mercurius only hit his straps late in his three-year-old campaign, but made it two on the bounce to finish off 2021.

“It was satisfying to land a double on Boxing Day,” said Settree.

“I knew both horses were cherry ripe for the night and ran accordingly, as I expected.

“The Shirley Turnbull Memorial night is such an important feature here at Bathurst, it is up there with the Gold Crown carnival.

“Just having horses competing at these events is special and of course it is a bonus if you can get a winner, it is an unreal feeling.

“I also own Aphorism, who is trained by Chris Frisby.

“He contested the Shirley Turnbull Memorial and finished a creditable fourth.

“He has had a great campaign with the Frisby boys, contesting the Inter Dominion series and winning some nice races along the way.”

Tonight, at Bathurst Settree again has Delightful Me and Mercurius engaged and believes they have both trained-on well during the past fortnight, so expects they will be hard to beat from their good draws.

“Delightful Me gets into her race well with Olivia Frisby’s claim and gate one will definitely aid her chances,” he said.

“Admittedly we are aiming high contesting the Star Trek Series, but I think she is good enough to at least win her heat.

“Mercurius has some speed horses drawn inside of him, but Jason (Hewitt, driver) knows the horse well and in the small field, wherever he lands on settling, he will be close enough if good enough.”