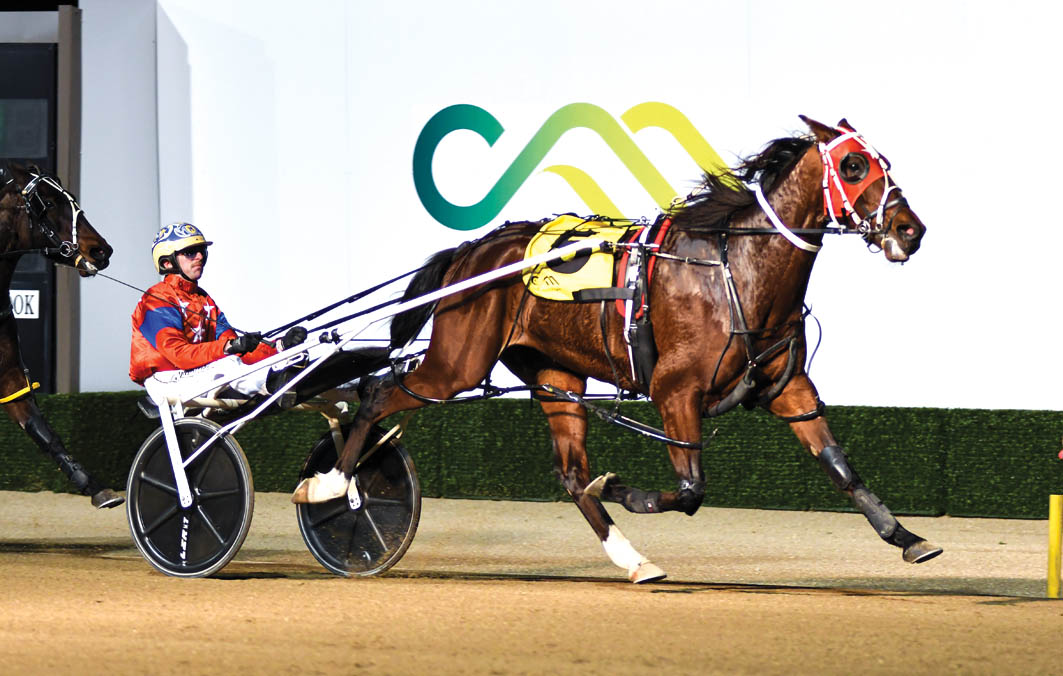 PROMISING pacer Whereyabinpoppin has a prime opportunity to add an overdue feature win to his tally during the weekend. Successful in his heat at...

PROMISING pacer Whereyabinpoppin has a prime opportunity to add an overdue feature win to his tally during the weekend.

Successful in his heat at Club Menangle, Whereyabinpoppin will return to the world class venue to contest Saturday night’s Farmer Joes Outlet Final over 1609 metres.

Whereyabinpoppin has contested two Finals this season in which he was void of luck before finishing fifth in each decider.

The gelding has won his other five starts for the term for a record of 10 wins from 15 outings.

Pleased with the four-year-old’s progress, trainer Shane Sanderson is confident Whereyabinpoppin can break his hoodoo after drawing to settle forward from gate five.

The son of A Rocknroll Dance captured his qualifier in 1:51.5 from the same barrier.

To be driven by Cameron Hart, Whereyabinpoppin is the $1.60 favourite with TAB Fixed Odds.

“He went well in his heat and has been working as good as ever this week,” Sanderson said. “I’m more than happy with the way he is going and expect him to be right in the finish.

“I reckon it’s a good draw and he’ll be going forward from there.

“As long as he can get a good clear run he is going to be hard to beat.”

Second in his heat behind his stablemate Royal Aurora, Zahven Banner has drawn barrier six.

Triumphant in his qualifier, Perfect Stride will come from gate nine.

TAB Fixed Odds have Zahven Banner at $3.70, with Perfect Stride on the third line of betting at $9.

Perfect pick me up for sick owner
Industry mourning dear friend
Terror stepping up in grade
It’s no ‘Mistery’, it’s a ...
About author