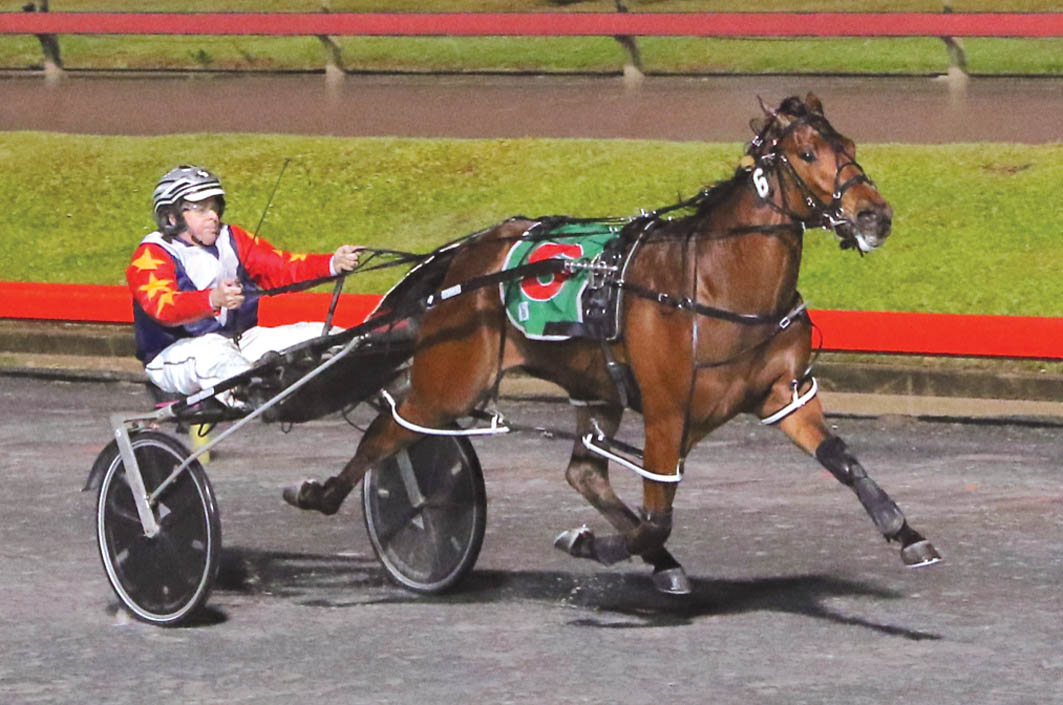 FRESH from her Group One triumph at Albion Park a fortnight ago, Jasper will take the first step towards claiming another major when she...

FRESH from her Group One triumph at Albion Park a fortnight ago, Jasper will take the first step towards claiming another major when she returns to the venue tonight.

Successful in the Qred Triad Final for trainer Grant Dixon, Jasper is poised to contest a heat of the Australian Pacing Gold series.

The futurity is for graduates of APG’s Brisbane Sale and culminates in a $100,000 Final around the same circuit next weekend.

Pleased with the two-year-old’s progress, Dixon expects Jasper to be hard to beat.

The filly has built an impressive record of three wins and two placings from five starts.

“She’s a neat little filly,” Dixon said. “She had a few days off after the Qbred and has come along very well since.

“I’m more than happy with her heading into this.”

Drawn to settle forward from barrier three, Jasper is a $1.40 favourte with TAB Fixed Odds.

“It’s a good draw which see should her settle in a favourable position,” Dixon said. “It’s not going to be easy, especially with the colts added to the mix, but she will go well enough.”

Jasper is one of four Dixon runner’s in the heat, with the daughter of Mach Three to be joined by Portsea Prince, Blackjack Jim and Don Heston.

Dixon also has Princess Chilla, Central Ark and Chamonix in the second qualifier, with the latter a $1.90 favourite from barrier six.

By Hes Watching, Chamonix finished third in the colts’ and geldings’ division of the Qbred series.

“Chamonix has trained on very well and is going to be very hard to beat,” Dixon said.

Upset win no shock to connections
Got to have a crack!
Gemma ready to make her mark ON the track
Big Breeders’ bets
About author