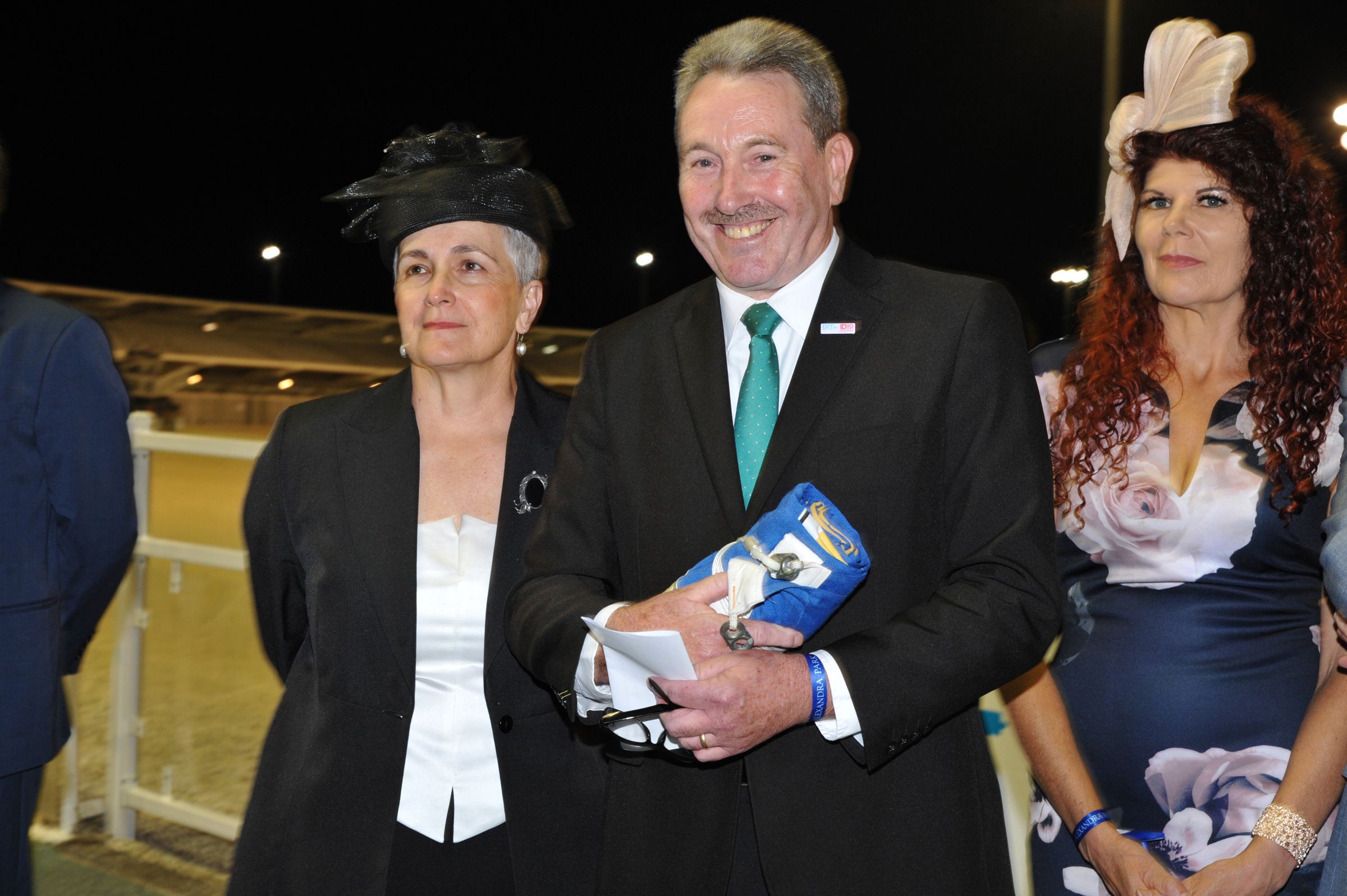 Coolamon, Parkes hollering for the Marshalls

Coolamon1 Newcastle39 Parkes10 Robert Marshall3
IT HAS been a big week for harness racing throughout the western areas of the state and for Club Menangle Chairman, Robert Marshall and...

IT HAS been a big week for harness racing throughout the western areas of the state and for Club Menangle Chairman, Robert Marshall and his wife Gina, who attended both the Coolamon and Parkes race meetings earlier in the week.

Both clubs hosted qualifying heats of the rich Club Menangle Series and it was Bathurst trainer Bernie Hewitt who continued his current great run of success, not only winning both heats but also providing the quinella at the Parkes race.

On Monday at Coolamon, Hewitt’s gelding Always Thunder was an impressive winner when he led throughout and rated a fast 1.56.5.

At Parkes, Tom The Curious produced a tough performance to outstay his stablemate Bridge Coin to score by a narrow margin, rating a respectable 1.58.8.

Chairman Marshall quipped that Hewitt would have a truckload of horses for the race final on May 7 and commented on the wonderful crowd who attended the Parkes meeting, which kicked off the now famous Elvis Festival.

A further heat of the Club Menangle Series will be run at Forbes on Monday and while Hewitt will not have a runner in the race, a strong field has accepted for the qualifier.

Newcastle Harness Racing Club commands the attention of punters and supporters tonight as they will host a strong 10-race program featuring five heats of the Bill and Glenn Tomlin Memorial.

The series has become one of the most popular events on the Newcastle calendar, limited to locally-trained horses and culminating in an $11,000 Final on April 29.

Both the Clayton Harmey (five runners) and Stacie Elliott (10) stables are strongly represented in the series with Harmey appearing to have the likely favourite for the final in Western Ricki.

Obviously, the gelding first needs to qualify tonight but his form has been impeccable since joining Clayton’s stable last month.

At his most recent outing, Western Ricki took out a heat and the final of a feature series during Armidale’s TAB Carnival of Cups and rated a smart 1.57.2 in defeating his stablemate Comet Crusader, which started at short odds.

In four starts for Harmey, Western Ricki has only been beaten once and despite drawing gate 10 tonight, he should be hard to beat.

Ideal Sports Girl is another of the Harmey runners that will take a power of beating in the opening event tonight.

Shard’s successful siring sale-bration
Jack’s right at home in the Group Ones
Newcastle – July 24: Elder looking for a hot...
Plenty of time to educate those ‘youngsters&...
About author