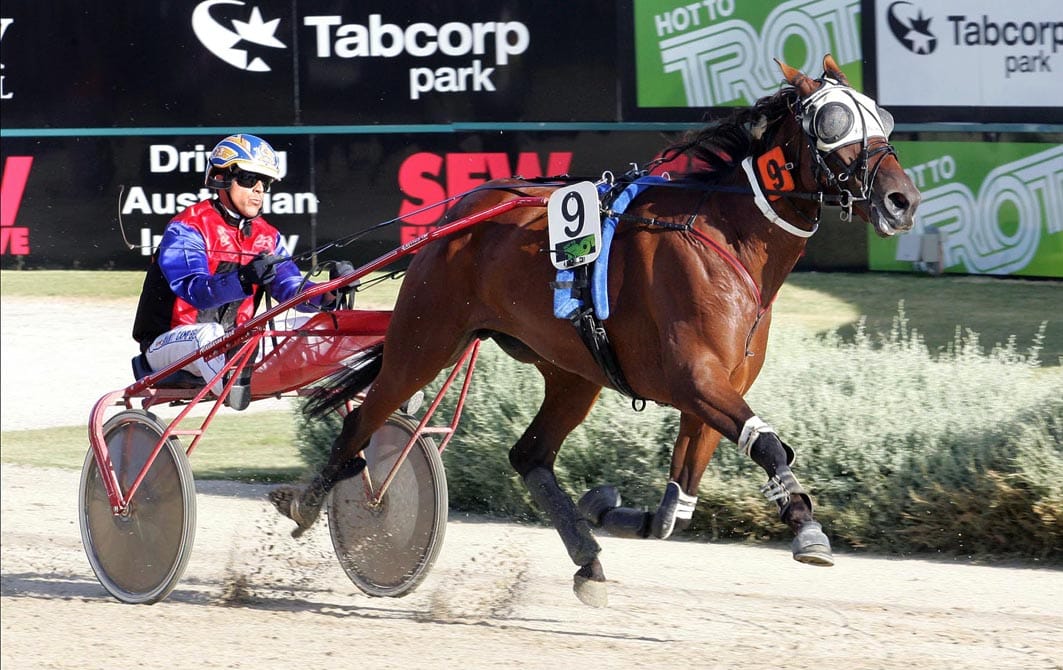 PUNTERS and even her connections were left shocked by Waikare Colleen’s triumph in Ballarat last night. Making her debut, the John McDermott-trained trotter outstayed...

PUNTERS and even her connections were left shocked by Waikare Colleen’s triumph in Ballarat last night.

Making her debut, the John McDermott-trained trotter outstayed her rivals to register an impressive victory.

While he considered the two-year-old a reasonable chance of success, McDermott never expected Waikare Colleen to do the bulk of the work on her way to glory.

McDermott was even more surprised by Waikare Colleen’s price, with the filly paying $137 on the Tote!

“I was happy with the way she was going heading into the race and felt she’d be competitive,” McDermott said. “I even thought she was a rough winning chance with the right run.

“I certainly didn’t think she’d be that rough to pay what she did or that she would sit in the breeze and win.”

Driven by Scott Rains, Waikare Colleen was pushed forward from barrier six to settle in the one-one early before finding herself in the ‘death seat’ as those in front of her were angled onto the pegs.

Digging deep along the home straight Waikare Colleen completed a metre-and-a-half win from Igniting Stride, which led from the pole.

Tennerson, which trailed the front runner, was four-and-a-half metres away third in 2:04.5 over 2200 metres.

“That was a terrific run from her,” McDermott said. “I couldn’t be happier.”

Along with members of the McDermott family, Waikare Colleen is owned by the estate of Max Lancaster who also shared ownership in Waikare Patricia.

“Patricia was named after Max’s wife and with this filly being out of her we hoped she could be as good so we decided to use Patricia’s middle name this time, which is Colleen,” McDermott said.

“It’s worked out very well so far and can hopefully that can continue to be the case.”