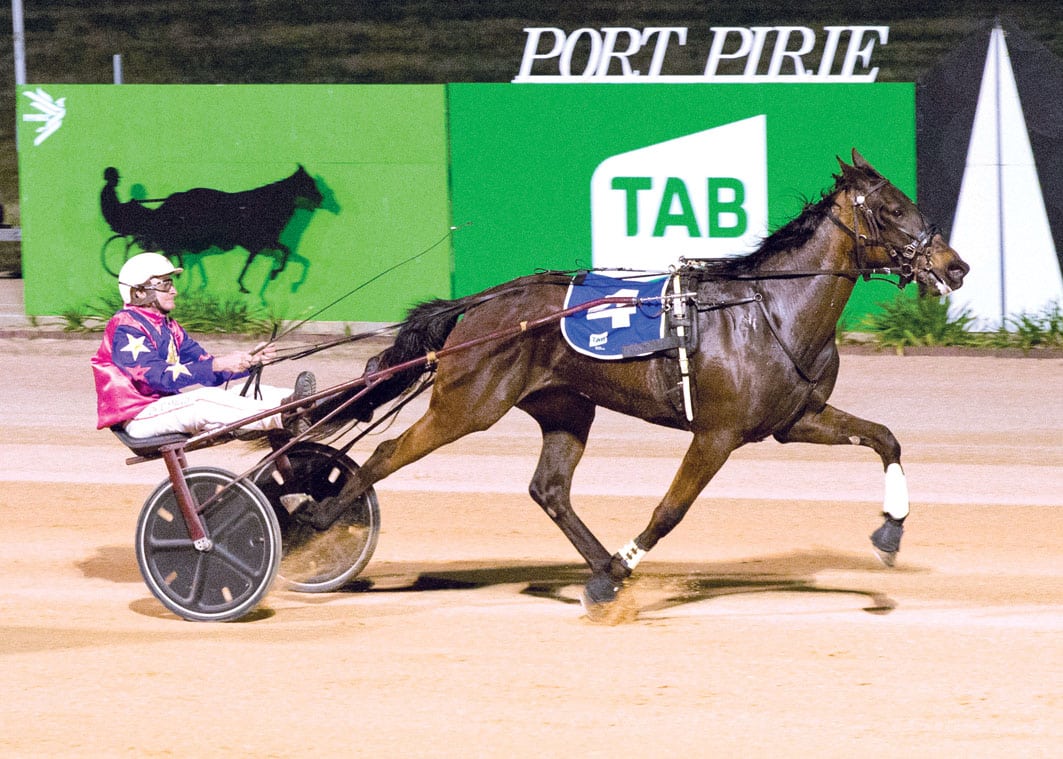 A FILLY which appeared to be destined to end up anywhere but the race track has completed an impressive debut. Proving to be more...

A FILLY which appeared to be destined to end up anywhere but the race track has completed an impressive debut.

Proving to be more than a handful during her early education, Robyn Crocker emerged triumphant in Port Pirie last night much to the delight of her persistent connections.

Prepared by Ingrid and David Smith, the daughter of Roll With Joe “refused to go a step” when it came time to haul a sulky, which left owner Gary Crocker with a couple of options.

“She’d done the stages of being reined, following the jogger and so on and all seemed fine until she was put in a sulky,” Crocker said.

“David got her on to the training track and then she refused to go a step.

“No matter how he tried to persuade her to move, she wasn’t having a bar of it. The gear had to be taken off her to get her back into the stables.

“So the option was to send her away or put her in a paddock for a little while and try again, so I chose the latter.”

Although she was now willing to pace well enough to suggest she can win her share of races, Robyn Crocker would only work without hopples!

“One day I got a call from David telling me she is working along well,” Crocker said. “He said the faster he asked her to go the faster she went, but there was a catch.

“She still wouldn’t have a bar of hopples and was doing everything free-legged.”

Fast forward to her maiden start and Robyn Crocker proved too slick for her rivals as she covered the mile in 1:58.1.

With David holding the reins, the two-year-old worked to the lead before scoring by four metres from Feelin The Beat, with Badluckbaz 11 metres away third.

“It’s rare to see a free-legged pacer these days, especially a two-year-old,” David said. “But that’s the only way she is willing to go.”

Although he is thrilled to see the youngster perform to well, Crocker couldn’t resist the opportunity to have a joke at his sister’s expense.

“She is named Robyn after my sister and I should have known then she’ll be difficult,” Crocker joked.