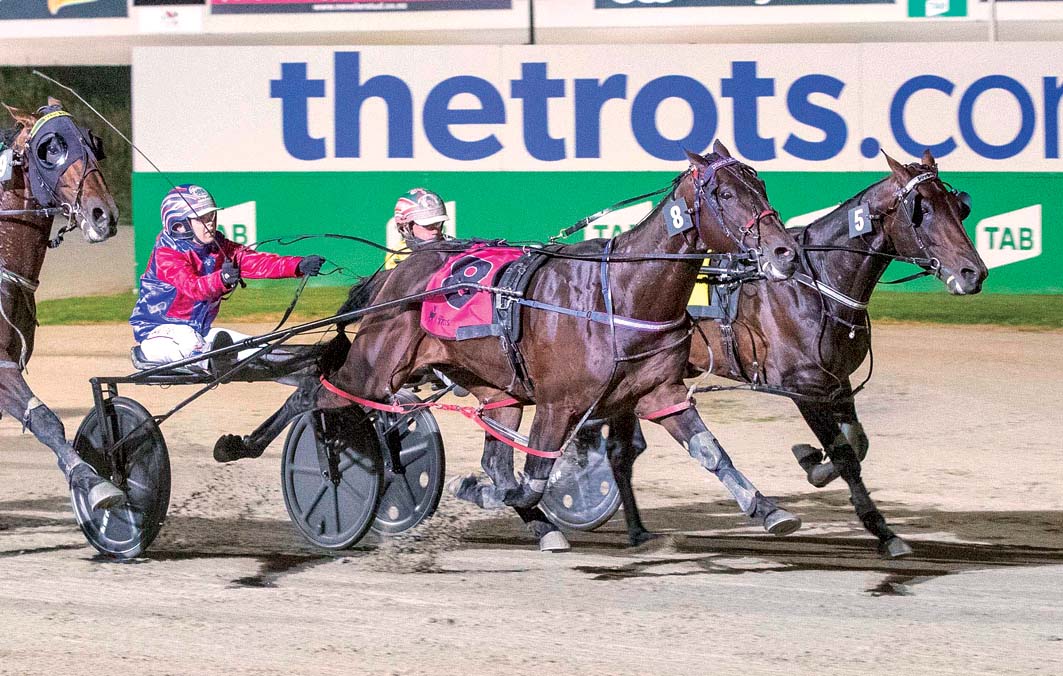 DELIGHTED by one demon last night, prominent owners Pam and Russell Hockham hope a group of Demons will bring them joy this evening. Fanatic...

DELIGHTED by one demon last night, prominent owners Pam and Russell Hockham hope a group of Demons will bring them joy this evening.

Fanatic Melbourne Football Club supporters, the Hockhams will be cheering “our boys” against West Coast in a few hours time.

“It was wonderful to see him win such a nice race…he deserves it,” Pam declared. “He’s been in all the big ones and just hasn’t had any luck.

“In our eyes he was the best horse in the race and he certainly hasn’t changed our opinion.

“It is his first win since August so hopefully it is an omen when we cheer our boys tonight.”

Driven to perfection by Kate Gath, Demon Delight was brilliantly angled away from the inside of the second row to settle two-back in the running line as Fides led from gate two.

Taken three-wide into the ‘death seat’ at the bell, the Australian Pacing Gold purchase sustained a strong run to score by a head from Out To Play.

Major Times completed an Emma Stewart/Clayton Tonkin trifecta when a head away third.

“We knew he had to get off the pegs at the start to have any chance and Kate did that brilliantly,” Pam said. “It was a wonderful drive from her.”

While the four-year-old’s victory was Group Two, Gath also captured a pair of Group Threes.

Gath and Stewart combined to secure the Victoria Sires’ Classic with Pacifico Dream before Gath drove Tornado Valley to glory in the Scotch Notch Memorial.

Loss of youngster makes it hard to enjoy wins
Aussie continues amazing week in USA
World is poorer today for the loss of such a great...
Hustler adds string to his bow
About author