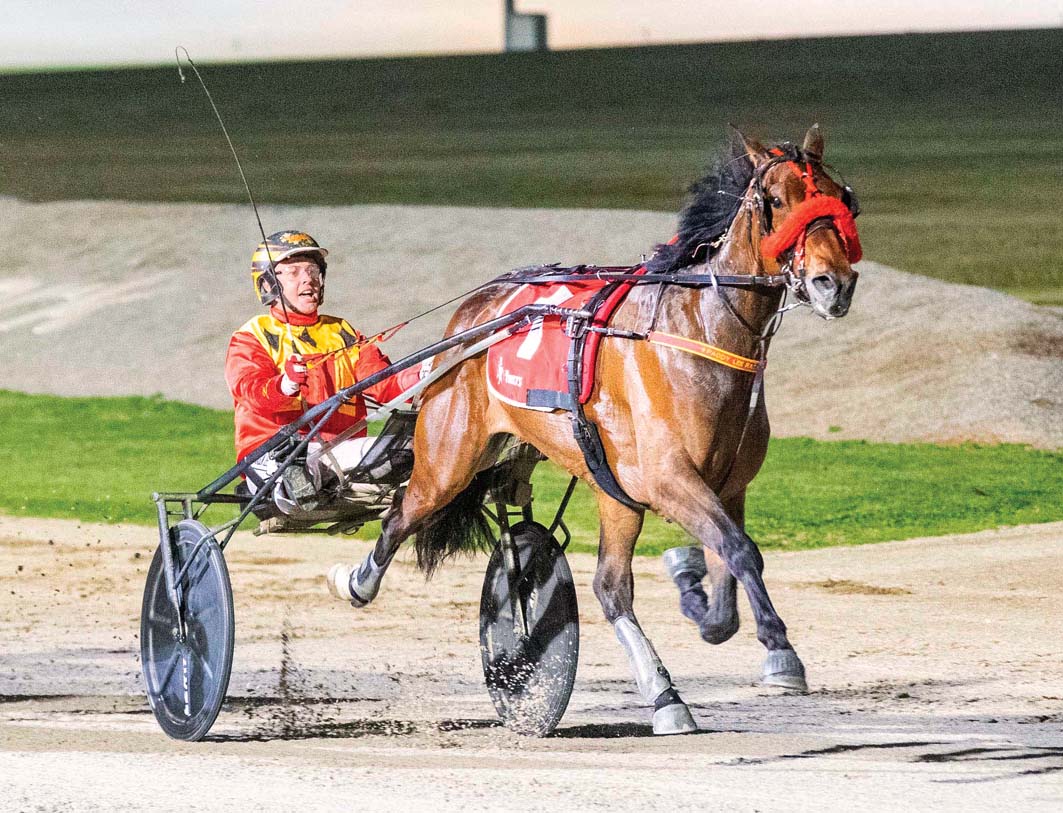 Few easy days before another Group One assault

A FEW easy days before another Group One assault.

Rapt with Keayang Ninja’s success in the $50,000 Tabcorp Park Melton-based feature, trainer Paddy Lee has set his sights on the famed Redwood Classic with the two-year-old.

The main jewel in a stellar all-trotting day crown, the Redwood is scheduled to be run in Maryborough on November 1.

“He seems fine today, but I will see how he pulls up over the next day or two before deciding on what is next,” Lee said.

“The Redwood is the obvious choice, so all being equal, that’s the way we will head.

“After that he may go in the Breeders’ Crown before the Sires’ in December.”

Driven by Lee’s brother Jason, Keayang Ninja began well from the pole but was unable to hold out Illawong Barmah, which showed tremendous gate speed to lead from barrier seven.

Enjoying the run of the race behind the front runner, Keayang Ninja finished strongly along the sprint lane to score by five metres from Illawong Barmah.

Utopia was a head away third.

“I was pretty confident he would run a good race, but I just didn’t know where he would settle in the run,” Lee said.

“After he was able to hold the leader’s back I knew he’d finish as well as he did along the sprint lane.”