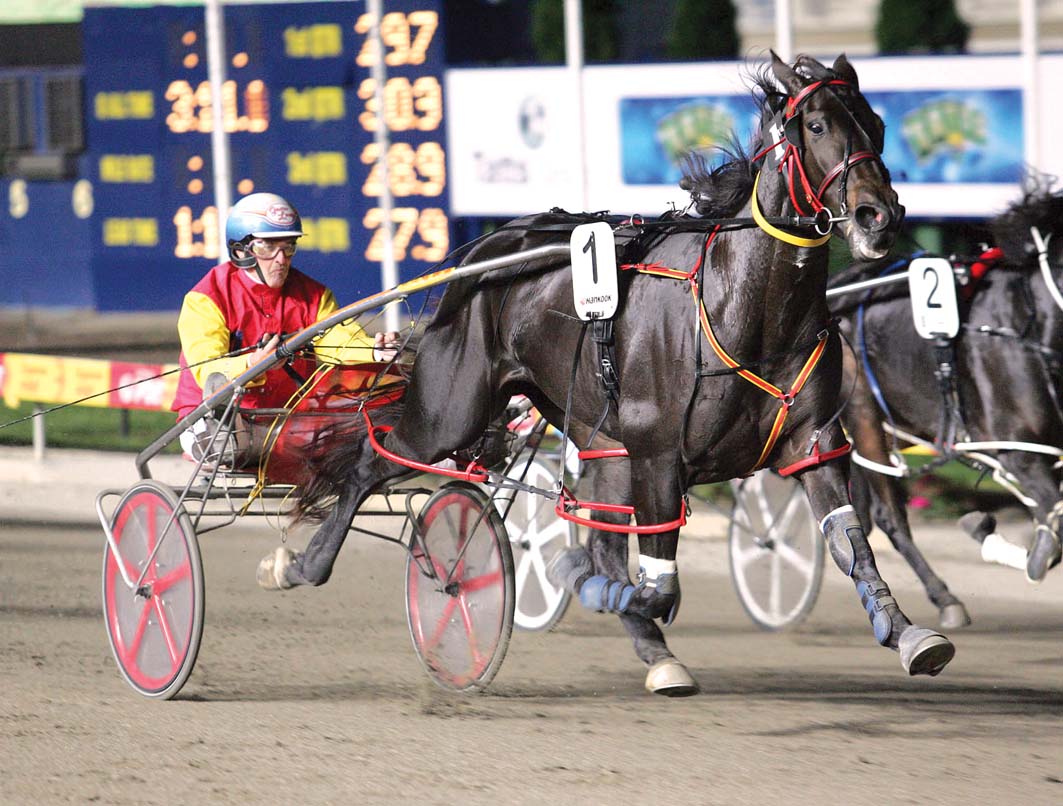 EXCEPTIONALLY-BRED filly Keep Rockin has taken a big step towards joining her famous dam as a Group One winner. Thanks to her success in...

EXCEPTIONALLY-BRED filly Keep Rockin has taken a big step towards joining her famous dam as a Group One winner.

Thanks to her success in a New South Wales Breeders’ Challenge semi at Club Menangle tonight, Keep Rockin has sealed a berth in next week’s Final.

Trained by Michael Doltoff, the three-year-old is from former star mare Kept For Pleasure, which was also prepared by Doltoff early in her career.

Kept For Pleasure’s victories include the Australian Pacing Gold Final, Victoria and Australia Oaks and a Breeders’ Crown Final.

At stud, Kept For Pleasure has produced Group One winners My Mackenzie and Vincent.

“Keep Rockin’s not up with Kept For Pleasure, but a win in the Breeders’ Challenge Final will go a long way to getting there,” Doltoff said.

“She’s a nice filly in her own right and is getting better as she matures.

“As tonight’s semis showed this is a pretty open series and she has a chance in the Final with the right amount of luck.”

Driven by premier reinsman Luke McCarthy, Keep Rockin was angled straight to the pegs from gate 10 to settle two-back along the inside as Jenden Strike led from barrier two.

Gaining an opening at the top of the home straight, Keep Rockin sprinted to a two-metre win from Delightful Angel, with Jenden Strike a half-neck away third.

“She was lucky to avoid the early scrimmage leaving the straight the first time, but after that she got a good trip,” Dotloff said.

“I was pretty pleased with the way she finished it off.”

Keep Rockin covered the mile in 1:52.4, with her time two-tenths of a second quicker than Adira in the opening qualifier.

With Jackson Painting holding the reins, Adira completed a two-metre win from Pelosi, with Dancelikeanangel a metre-and-a-half away third.