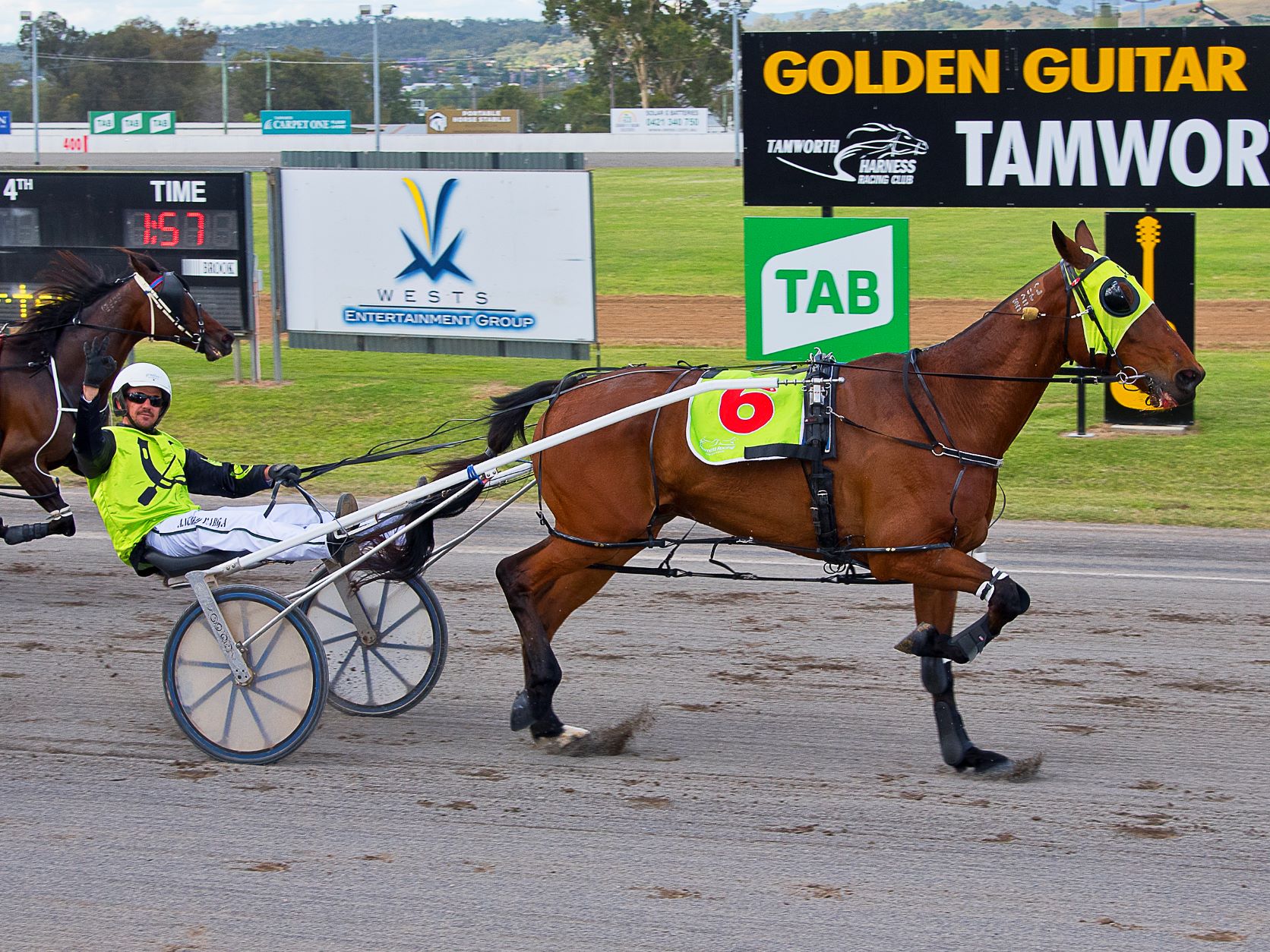 A ‘Gift’ to remember

Anthony Varga2 Somebeachsomeparty1
SOMEBEACHSOMEGIFT gave Tamworth trainer-reinsman Anthony Varga cause for celebration after taking out the Pit Express Pace on Thursday afternoon at Tamworth. “Being such a...

SOMEBEACHSOMEGIFT gave Tamworth trainer-reinsman Anthony Varga cause for celebration after taking out the Pit Express Pace on Thursday afternoon at Tamworth.

“Being such a big horse, he has got a good turn of foot and I knew he had a bit of bottom about him,” said Varga when returning to scale.

After beginning from the six barrier, Varga was happy to slot Somebeachsomegift into a four-back racing position, in the outside running line when the barrier pulled away, while It Aint Royal (Tom Ison) and McKinley (Scotty-Jon Welsh) headed up the field.

With the leaders setting a first quarter of 27.6s, Varga bided his time with the Somebeachsomewhere-Ulanart gelding before making a three-wide run around the field in the back straight on the final occasion to come away for the win.

“I knew when I straightened up, he would find another gear, which he did,” said Varga.

“That was a tough win.

“I wanted to go at the bell and Blissfull Identity (Blake Hughes) came out in front of me, which was perfect, and I thought he would at least drag me to the 400 mark but I went a bit earlier than that.”

Somebeachsomegift made the most of the home straight to score a five-metre win over Sahara Jewel (Murray Sullivan) with Yellow Bow (Chris Shepherdson) a half neck away third.

“That is his fourth start for us and he does have some good gate speed as well,” said Varga.

“We just had to get going at the bell as they had gone hard early up in the lead.”

Somebeachsomeparty was having only his fourth start for owners Anthony Varga, partner Denna Burns, mother Noelene Varga and nephews Mitch and Rhys.

“That is the first winner for my nephews as owners, and they were at work,” grinned Varga.

“They were trying to knock off early to get to the track to get to watch the race but missed it. They were pretty excited after the win.”

Both nephews were on cloud nine when they returned to work at the family-owned business of Johns Auto Service on Friday morning.

“I liked his form when I saw him advertised – he won a Group 2 race at Globe Derby as a three-year-old,” said Varga.

“He is a lovely horse to have around the stables,” said Varga.

“He just has a beautiful nature about him.”

Anthony Varga also received The Pub Group Drive of the Day after the win.

Varga has his eye on the ‘Gold’
About author