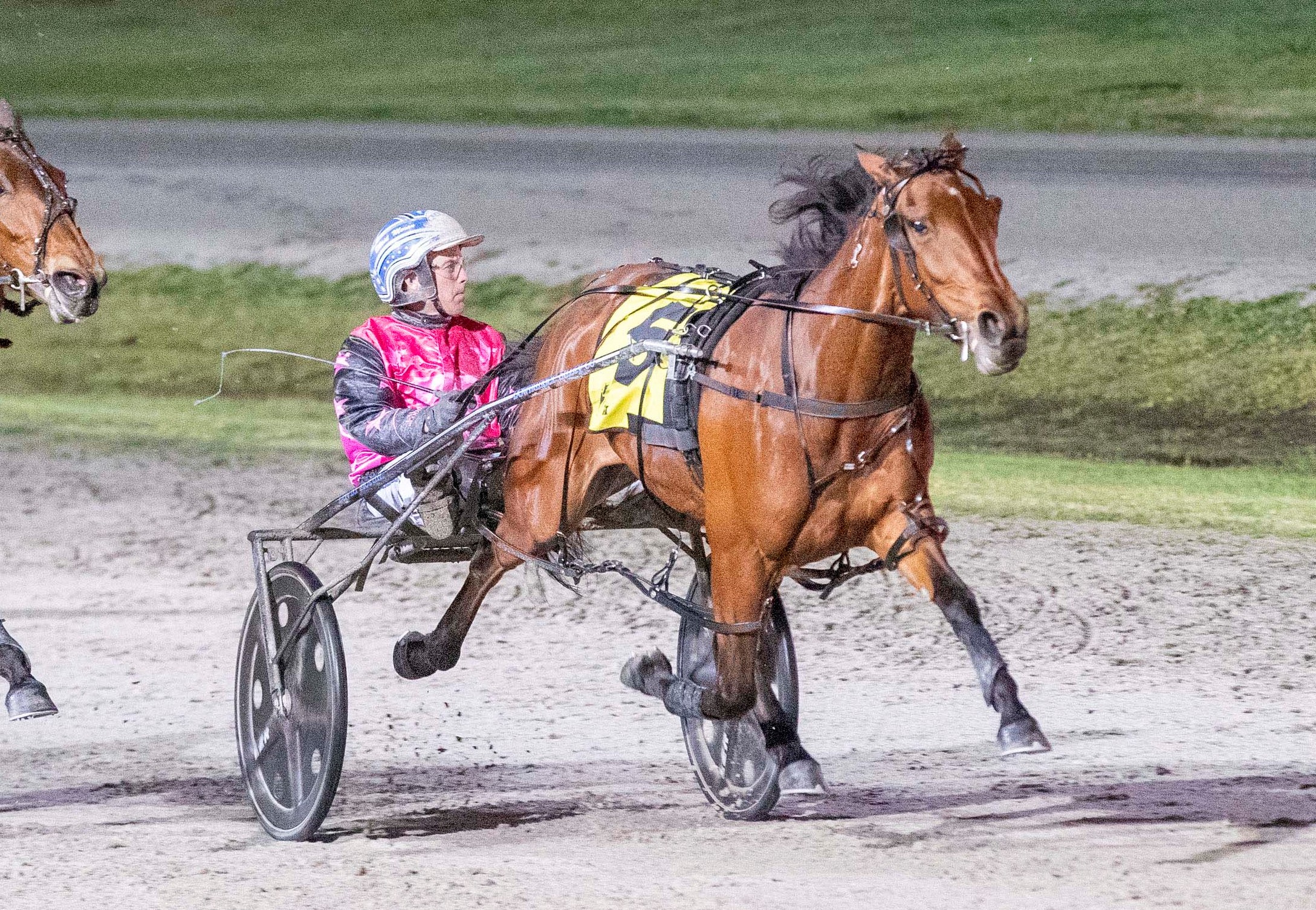 SUPERSTAR IN TOWN: Ladies In Red this weekend makes her first visit to Menangle .

Underestimate champ at your own peril

SHE’S been beaten at her last two starts, but don’t for an instant think Ladies In Red is anything but at her best. That’s...

SHE’S been beaten at her last two starts, but don’t for an instant think Ladies In Red is anything but at her best.

Ladies In Red is one of six runners Stewart has in the fillies’ Australasian Breeders’ Crown Final in what is the three-year-old’s title defence.

Last season Ladies In Red completed a clean sweep of the futurity to remain undefeated from seven starts.

Since then Ladies In Red has extended her record to 13 wins and three seconds from 16 starts.

As for her pending assignment, the daughter of Mach Three has drawn wide on the back row.

While barrier 12 and recent defeats may make Ladies In Red appear vulnerable, it’s only an illusion according to Stewart.

“Like everyone does, her owners would like to see her win every time she goes around, but all champions still get beaten,” Stewart said.

“We’ve been happy with her last two runs and she is precisely where we want her going into the Final.

“As each finalist will tell you, ‘this week is the one that counts’, and she’s ready to go.”

Of her other representatives, Stewart expects the quintet to perform admirable.

“There isn’t one among them that isn’t capable of winning given the right conditions,” Stewart said. “They’re all in top shape, as I imagine are the fillies from other stables too, so now it’s a matter of how it all unfolds on the night.”