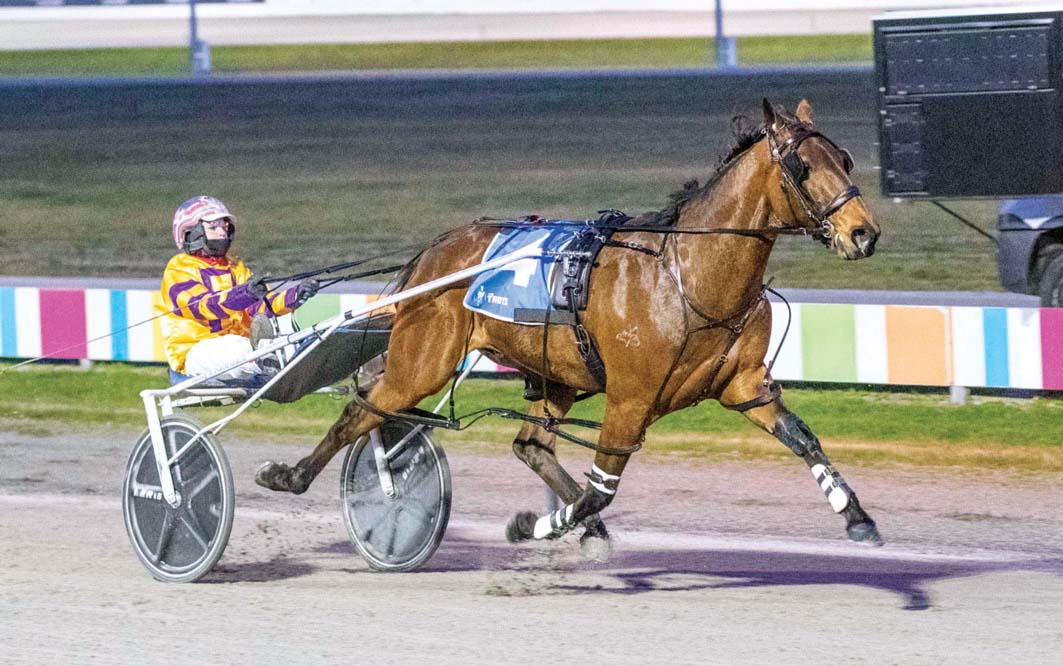 Just wouldn’t be the same!

IT JUST wouldn’t be a major race night without a strong Australian Pacing Gold presence. That was proven yet again by the recent APG...

IT JUST wouldn’t be a major race night without a strong Australian Pacing Gold presence.

That was proven yet again by the recent APG domination of the Breeders’ Challenge Finals at Club Menangle.

APG stock made a clean sweep of the four Finals, led by Anntonia which collected her third Group One of the year when she covered the mile in a brilliant 1:49.8.

This weekend the action heads to Tabcorp Park Melton, which is set to host four pacing Group Ones and a pair of Group Twos.

And as you can imagine, APG graduates will be in the thick of the action, including an incredible nine representatives in the $300,000 decider for two-year-old colts and geldings.

Despite drawing the outside of the second row, Catch A Wave is a $1.80 favourite with TAB Fixed Odds.

Prepared by Andy Gath, Catch A Wave boasts five wins from six starts, which includes his Crown heat and semi-final.

On the topic semi winners, Interest Free is considered Catch A Wave’s major threat on the strength of his latest triumph.

Trained by leading horsewoman Julie Douglas, Interest Free has drawn to settle in a prominent position from barrier four.

Overall there are 21 APG buys chasing Group glory on Saturday night, with APG wishing the connections of all Finalists the best of luck.

What’s the issue with Vin Knight?
Stewart, Gath bag another feature on a stellar nig...
Eagle ready to soar
One should be enough
About author