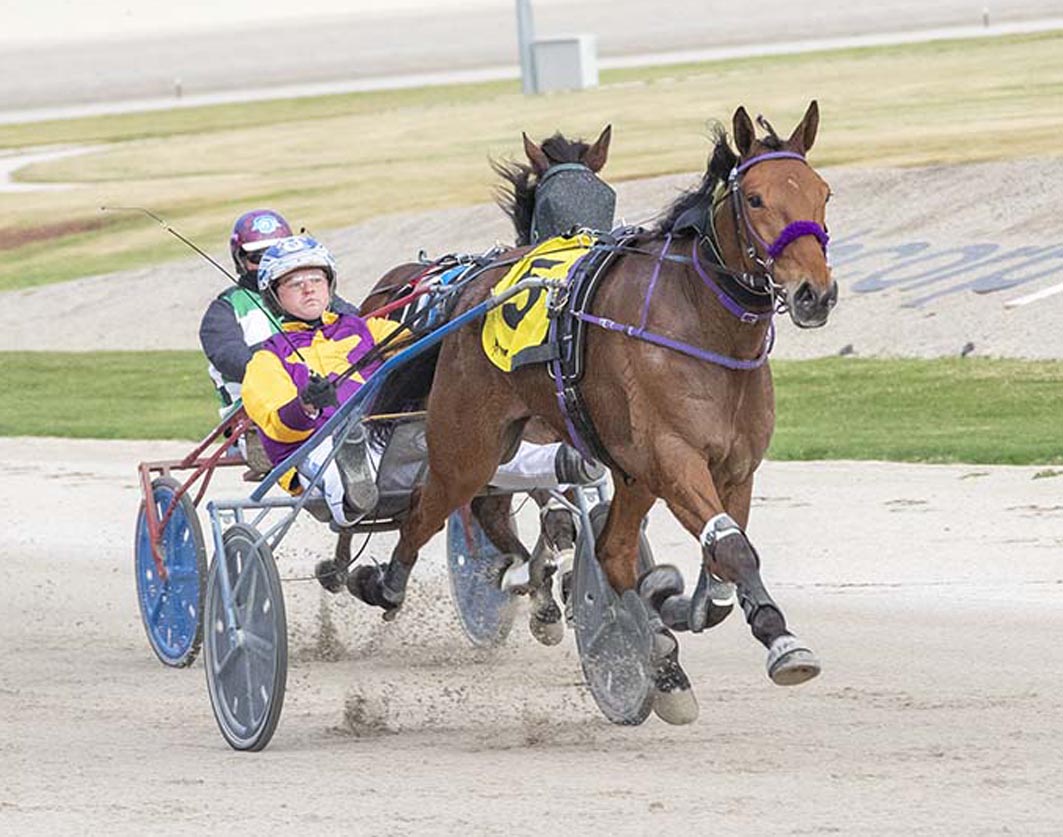 CONSISTENCY was rewarded in Geelong last night. Racing in solid form this campaign, handy trotter Abitofadreamer corrected a recent stint of near-misses with an...

Racing in solid form this campaign, handy trotter Abitofadreamer corrected a recent stint of near-misses with an overdue victory.

Prepared by Kim Procter, Abitofadreamer had been among the placings at four of his previous five starts, including a second in Kilmore, beaten a short half-head, during his previous outing.

“He has been going so well and I felt it was just a matter of time before he got another win,” Procter said.

“I was confident at Kilmore, but it wasn’t to be, with the margin only 10 centimetres.

“He’s had two seconds in Kilmore during his last half a dozen starts for a combined total of a metre!

“I knew if he found the front he would be in it a long way again last night, but it was just a matter of how long he could stay in front.

“In the end he did it quite easily and I’m just rapt for him to get another win as he has earned it.”

Driven to perfection by underrated reinsman Brad Chisholm, Abitofadreamer began well to find the lead from barrier five as his older half-brother, Dream Over, worked on his outside.

Striding clear leaving the back straight, the son of Used To Me completed a seven-and-a-half metre win from Ima Ziabee.

“It was a faultless drive from Brad,” Procter said. “Once he found the front Brad rated the race brilliantly to set up the win.

“I couldn’t be happier with the way Dreamer found the line.

“He’ll have a week off now then I will simply find the next suitable race and hopefully he can get another win on the board soon.”