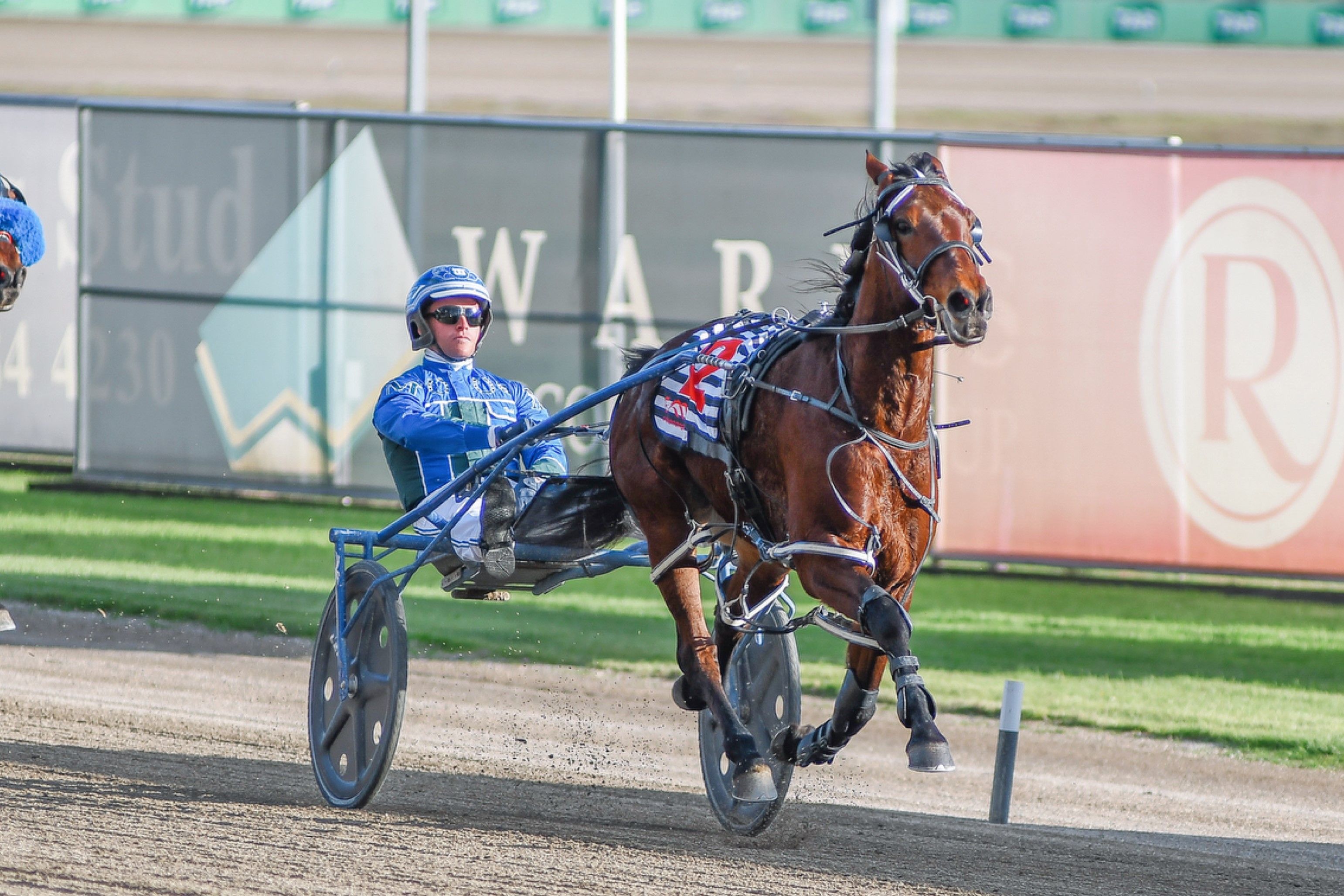 Arma Naughty1 bathurst56 Hewitt3
CROOKWELL trainer Scott Hewitt will head to any track to place his horses in suitable races . . . and lately he has been...

CROOKWELL trainer Scott Hewitt will head to any track to place his horses in suitable races . . . and lately he has been making regular trips to Bathurst with his handy team of pacers.

Scott, his twin brother Sam and older brother Brad are all enjoying good success in the sport, which is no surprise given their upbringing.

Their father David has been recognised as one of the best trainer-drivers in the Southern Highlands for more than four decades while their mum Maree is the daughter of the late, great Frank Day, who trained Friendly Footman to win a Miracle Mile.

“Life is good for us out at Crookwell,” said Scott.

“I have 12 horses in training and when I am not working them, I keep busy on our sheep farm.

“The good rain that has fallen in the past few months has been a godsend as we have done it a bit tough through the drought over the last two years.”

The current star of Hewitt’s stable is Arma Naughty, a mare by Somebeachsomewhere and out of the good mare, Arma The One.

Bred and raced by the Ridley family, Arma Naughty is a sister to six winners, including Arma The Gun and Arma Hotshot, which have both won more than $100,000 in stakes.

“The way this mare is racing, she looks set to join them at the top of the tree as she has already won more than $80,000 and 14 races,” said Hewitt.

The five-year-old has won four on the bounce since returning from racing in Queensland in October.

Her great run of success kicked off with a win at Canberra on October 19, when she rated 1.57.5 with Scott holding the reins.

She followed that with two wins at Bathurst and a win at Wagga with Scott’s cousin Gemma Hewitt in the gig.

“She has turned the corner and appears to be much stronger since coming home from Queensland,” he said.

“Two starts back she equaled Fouroeight’s track record at Bathurst when she rated 1.52.2.

“Gemma is driving her again tonight at Bathurst which will be her last run before we head out for a crack at the Red Ochre at Dubbo.

“I do think she is a Menangle horse in the making.”

Scott will drive recent Canberra winner Shez Grinnin in Race 3 tonight and is also confident the mare is going well enough to win.

BATHURST PREVIEW JULY 26: Rixon the stable to foll...
Clocking up the ‘k’s’ in the Car...
Ready to make a Breeders Challenge impact
300th win a special moment
About author