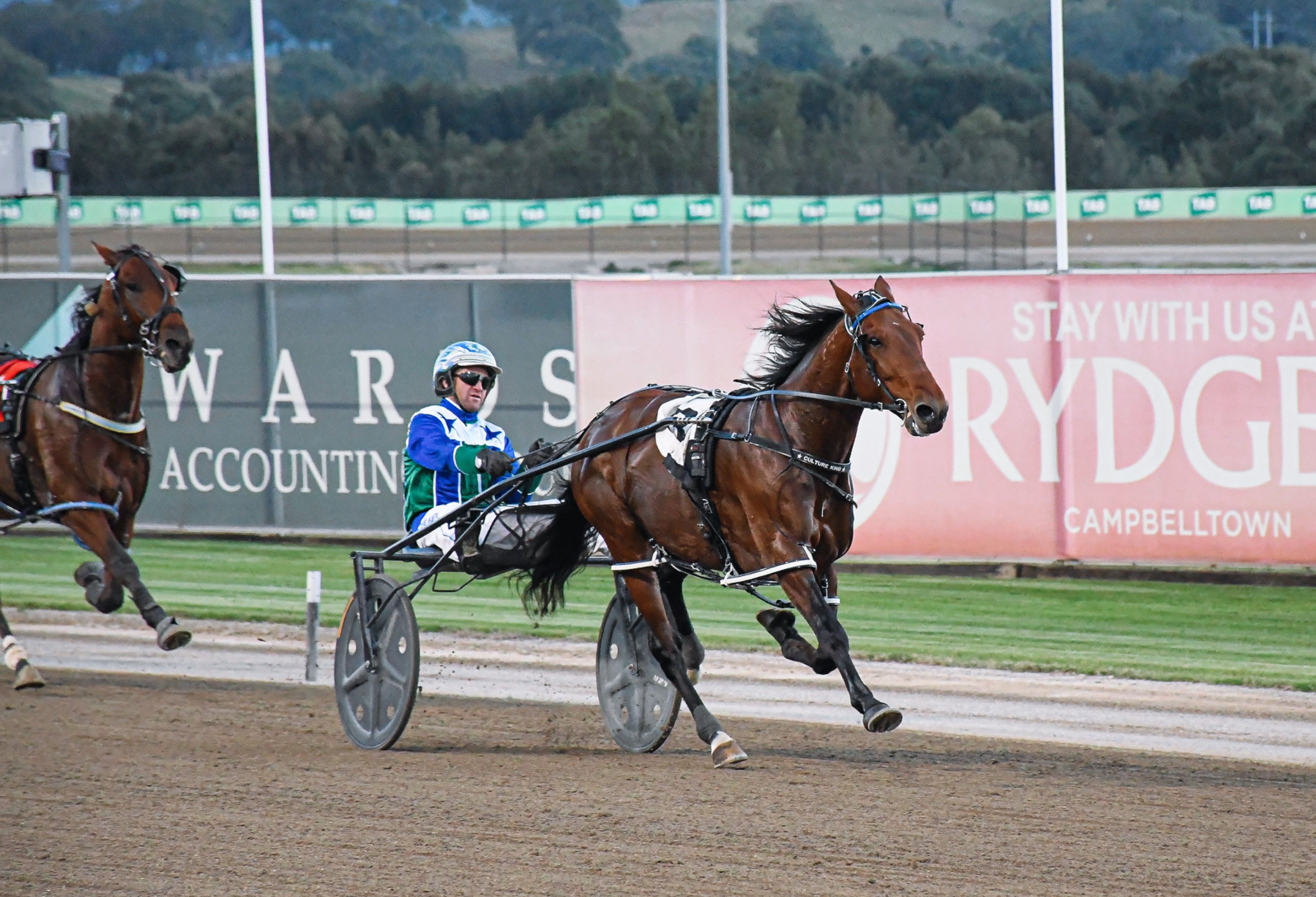 A TOUCH OF CULTURE: Culture King will be one to beat at Newcastle tonight.

Clash of the big guns at Newcastle

For the second time in recent months the Newcastle club received so many nominations for the state-bred qualifiers, that it warranted two more races being programmed.

Horse numbers are strong on the Central Coast but the 1000-metre track regularly attracts Sydney trainers who rate it as one of the best of its size in Australia, which guarantees huge nominations every week.

The powerful Craig Cross stable looks set to assert its authority at Newcastle tonight with all three runners being posted as favourites in their respective races.

Culture King will contest the Coca Cola Pace (Race 4), for Cross, an entire that has won 17 races.

The son of Art Major is back from a short break after he campaigned in Queensland throughout the winter where he won three on the bounce during July.

Tonight, he comes up against the exciting gelding Whereyabinboppin, who is also resuming from a spell.

The Shane Sanderson-trained pacer was dominant at Tabcorp Park Menangle throughout June and July when he won three races, posting fast times on each occasion.

Both Culture King and Whereyabinboppin have had strong trials at Menangle, which suggests that they are ready for what shapes as an intriguing clash.

Ice Pick Angie is a classically-bred three year old who has drawn the outside barrier in the first of two Breeders Challenge heats for fillies (Race 5).

It was a brave win on that occasion as the filly worked hard in the run but still raced clear to win by more than 12 metres.

She meets an evenly-graded field here but with the right run should prove too classy.

The third of the Cross runners is La La Bron in the second of the Breeders Challenge heats for the fillies and from barrier one, she appears to be the one to beat.

She has only had three starts for Cross and has been runner up at her past two.

La La Bron got to the line strongly after racing back in the field on both occasions.