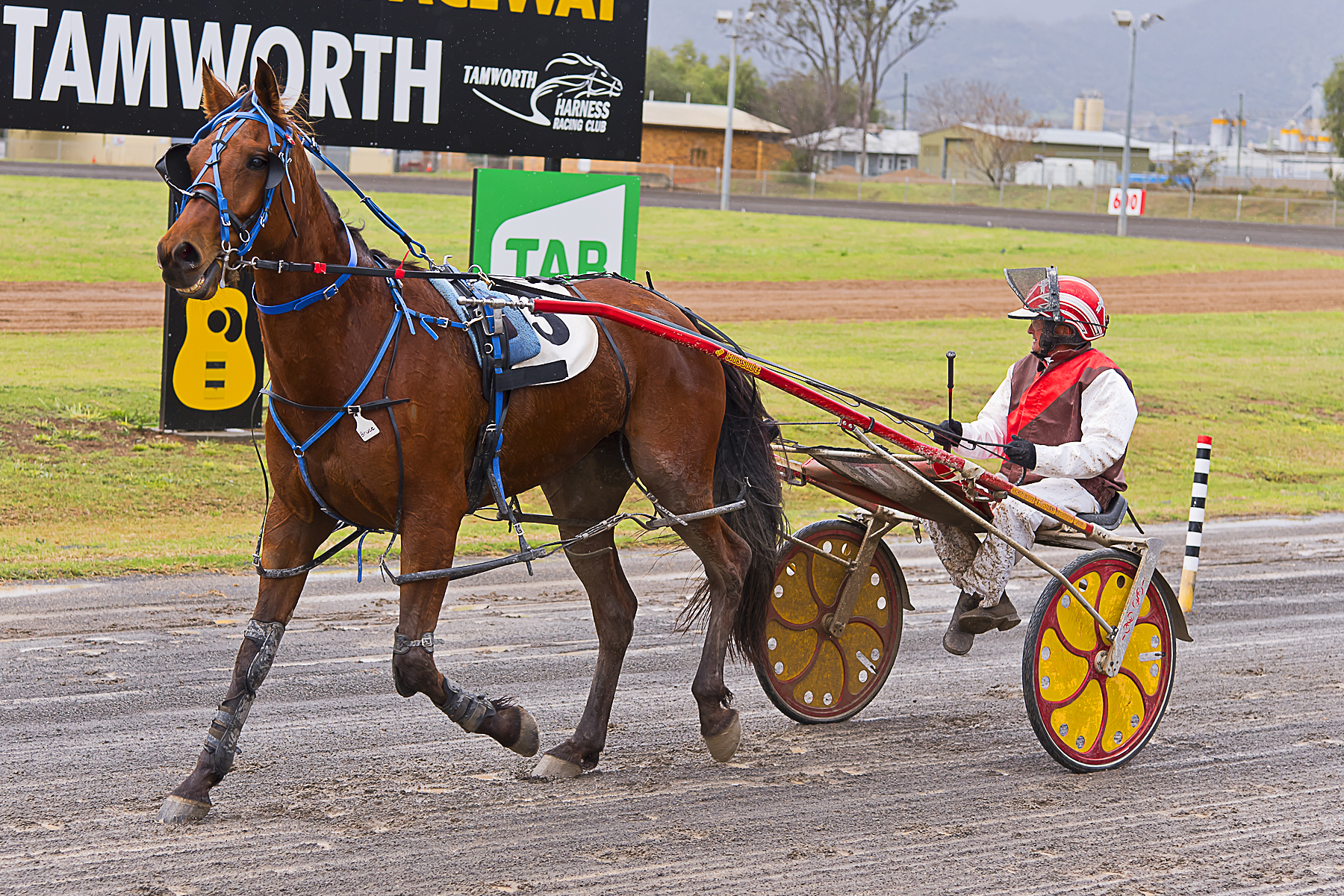 It’s a magical four for Chapple

Chapple5 Tamworth29
“IT was one of those days where everything just fell into place.” That was the reaction of Moonbi trainer and reinsman Dean Chapple after...

“IT was one of those days where everything just fell into place.”

That was the reaction of Moonbi trainer and reinsman Dean Chapple after winning the first four races at Tamworth on Thursday afternoon.

It was the first time that Chapple had trained four winners on the program.

“I’m over the moon,” said Chapple.

“I have driven four winners on a program before but it is the first time that I have trained four winners at a meeting and it was an added bonus that we owned own two of them.”

Chapple began his “four-leaf clover run” in the opening event when Peggy Stardust led all the way win from the three barrier.

“The family brought her and her work has been terrific,” said Chapple of the Gold Dust Beach-The Ultimate Peg mare.

“I brought her because she had brilliant gate speed – she just pinged across to the lead really easily.

“Before the race the only option I could come up with was go to the lead – I didn’t have a Plan B.

“When she leads, she is brave and, on the bit – I felt confident when we got to the front.”

Peggy Stardust, at only her third start for the stables scored a 11.3 metre win over Thebigbadwolf (Blake Hughes) with Whereyagoinbabe (Stuart Glasby) 3.2 metres away third in the Tab Odds & Evens Pace (1609m) and paid $8.50 for the win.

She’s Heavenly then stepped out in the following event – the TAB Long May We Play Pace to score a 3.6 metre win over Groovy Shannon (Anthony Varga) with Shakin Shakira (Brad Elder) 2.3 metres away third.

“That win was a bit of a shock,” said Chapple.

“We brought her out of Melbourne and the owners have been very patient with her.

“I have noticed in last few runs she has been improving.

“I took the trail up behind Milwaukee Sunrise (Leigh Sutton) and from about the 500 to home she was running on to find the line really well.”

She’s Heavenly had her last win at Tamworth in November, 2019 and paid $23 for the win on this occasion.

The third win for the day came in the following event – the Hygain Release Pace with Im Quite American.

“That win was a dead-set shock,” grinned Chapple.

“We had drawn awkward (barrier six) and I knew there was speed inside us and I thought we would have to go back.

“The horse took charge out of the barrier and I landed on the leader’s back – it was just luck but I thought ‘this will do me’.”

“I didn’t have to pull out until the home straight.”

I’m Quite American had a 1.2 metre win over race favourite A Lot Of Cost (Jake Hughes) and Blissful Delight (Tom Ison) a neck away third and paying $7.50 for the win.

Louthpark Xresso was the only one of Chapple’s runners to start as favourite ($2.90).

“We put him up in grade and hoped for a good barrier draw and he would lead,” said Chapple.

“Turning for home he felt good – he is a nice horse and, in his wins, he has run some good times, which is exciting.”

Louthpark Xresso scored a 1.6 metre win over Water Master (Tom Ison) with Got The Scoop (Anthony Varga) 18.8 metres away third.

The four-year-old Dawn Ofa New Day-Insatiable Lass gelding had a mile rate of 1.58.5 for the 1609 metres.

“I thought we were in for a good day with the draws we had.

“All the horses had been going well without winning . . . before today.”

Rushbrook hoping for a fond farewell to Tamworth
Hart sticks with Delightful Dude
Chapple vows to bounce back
Jemma turns mud into gold . . . and ‘teal...
About author