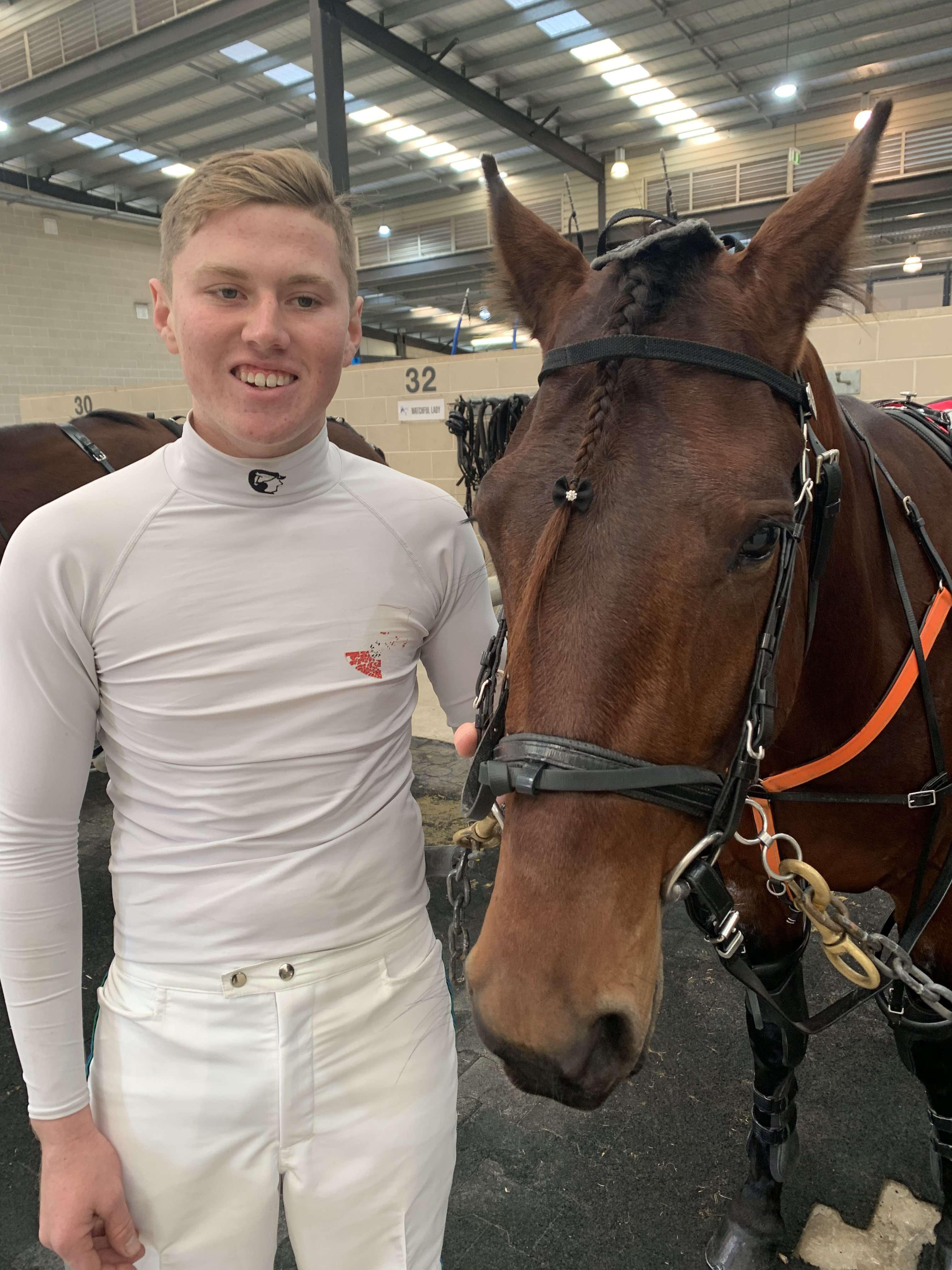 UP FOR A BUSY NIGHT: Josh Gallagher

Josh Gallagher16 NSWSOA5
THE New South Wales Standardbred Owners Association continues its bonus races at Penrith tonight and is thrilled by the number of owners who have...

THE New South Wales Standardbred Owners Association continues its bonus races at Penrith tonight and is thrilled by the number of owners who have won bonuses at tracks throughout the state this year.

The committee opted to invite participating harness racing clubs to include all races in the promotion, which has led to 23 winners in all.

“Our Association wants to give back to its members, the opportunity to earn more money and win the APG certificates that have been generously provided,” said vice president, Daniel Cordina.

“There are 23 horses racing at Penrith tonight that can earn their owners both a $500 cash bonus and a $1,500 APG certificate, which can be spent on a yearling at the APG Sales.”

Cordina pointed out that the NSWSOA recently announced a series of five classic bonus races for mares, which kicks off with Dubbo’s Red Ochre meeting on December 17.

“The support we have received for this concept has been unbelievable and we owe a vote of thanks to HRNSW, Robert and Gina Marshall, APG and the participating clubs for their generosity,” said Cordina.

“Our committee is extremely excited about this series of races.”

Apart from driving regularly for the KerryAnn Turner stable, where he works, Gallagher has also been a regular reinsman for the Kevin Pizzuto and Troy Williams stables.

“The opportunities have been great lately,” said Gallagher.

“I have been gaining plenty of good drives from some of the most in-form trainers in Sydney.

“Troy has been having a great run of success lately while Kevin can always get his hands on talented horses.

“All three trainers have been great supporters of mine and you always know that their horses will be ready to go when they are presented at the races.

“And there are many other trainers who put me on too, for which I am grateful.”

Gallagher rates last-start Newcastle winner Drum Withers (Race 1) as his best winning chance and likes his chances with Shez So Ideal (Race 7), which was also an impressive winner on Monday.

Protest hands two ‘rookies’ their first Inter Domi...
Robbie has the last laugh . . . this time
Plenty of initiative from this young driver
Harris among many worthy winners of NSWSOA awards
About author