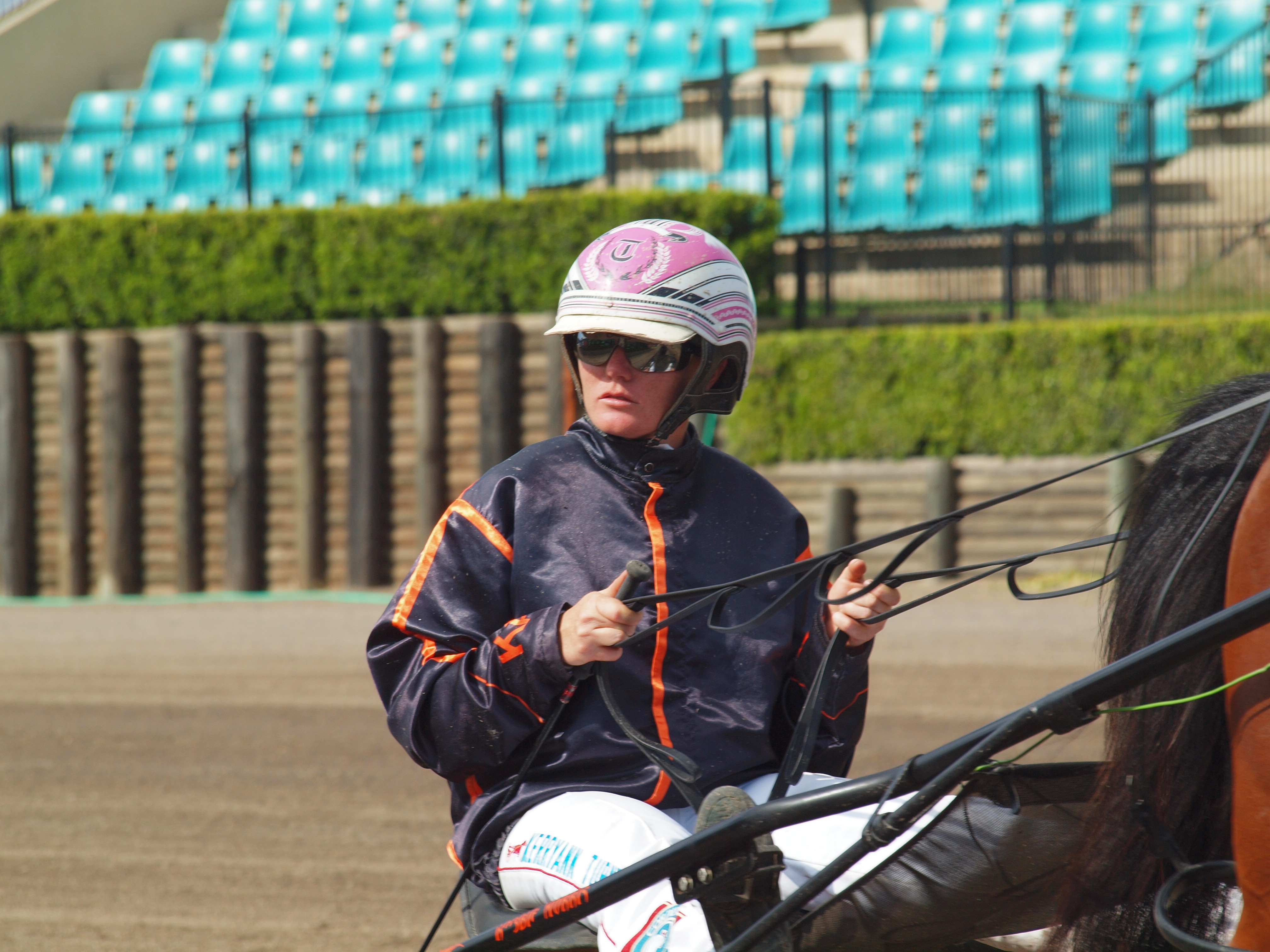 IN SIGHT OF THE CENTURY: KerryAnn Turner.

KerryAnn closes in on another century

KerryAnn Morris8 Robbie Morris18
MENANGLE PARK trainer KerryAnn Morris is no stranger to harness racing’s ‘Centurion Club’ and is again quickly closing in on that 100-win milestone in...

MENANGLE PARK trainer KerryAnn Morris is no stranger to harness racing’s ‘Centurion Club’ and is again quickly closing in on that 100-win milestone in the statewide Trainers Premiership for the 2019-20 statewide season.

The leading New South Wales female trainer will go into today’s meeting at Tabcorp Park Menangle boasting 90 wins as a trainer, sitting third on the state ladder behind Craig Cross and Clayton Harmey, in what has already been another successful season for her.

Morris’ record over the past decade has been phenomenal, achieving centurion status for the past seven years and winning the Trainers Premiership in the last two seasons with more than 160 winners each time.

Supported by her husband Robbie, who himself will be looking to make triple figures as a driver this term, it would appear that the pair will comfortably achieve those goals, given that almost three months of the current season remains.

By their standards, this afternoon will be a quiet one at the track for their Lucky Lodge stables with just four runners engaged.

However Robbie is very confident the four runners have the class to figure prominently and is quite excited over the prospects of former kiwi Please Shuddup (Race 4), a five year old son of Auckland Reactor which is aptly named being out of the mare Blah Blah Blah.

The pacer comes to Australia with an impressive record of five wins and four minor placings from 28 starts.

Please Shuddup has not been seen at the trials since coming to Australia.

In fact, he last raced at Wyndham in New Zealand on March 14,  where he finished seventh.

But Morris is adamant that the gelding is forward enough to be competitive today from his ideal draw in barrier one.

“He is a nice horse who is pleasing us in trackwork,” said Robbie.

“All his work since coming here has been on Menangle so there is no concern there.”

Robbie is also keen on the prospects of two-year-old filly La Peregrina, who will line up today in Race 1, having only her second career start.

The daughter of Four Starzzz Shark raced greenly in her debut at Penrith, but got to the line strongly to finish fourth after spotting the leaders a healthy start.

It could be some Consolation for Morris and Roots
KerryAnn’s back in the hotseat
CHARLAVAL
Harding’s the ‘King’ of the Guit...
About author