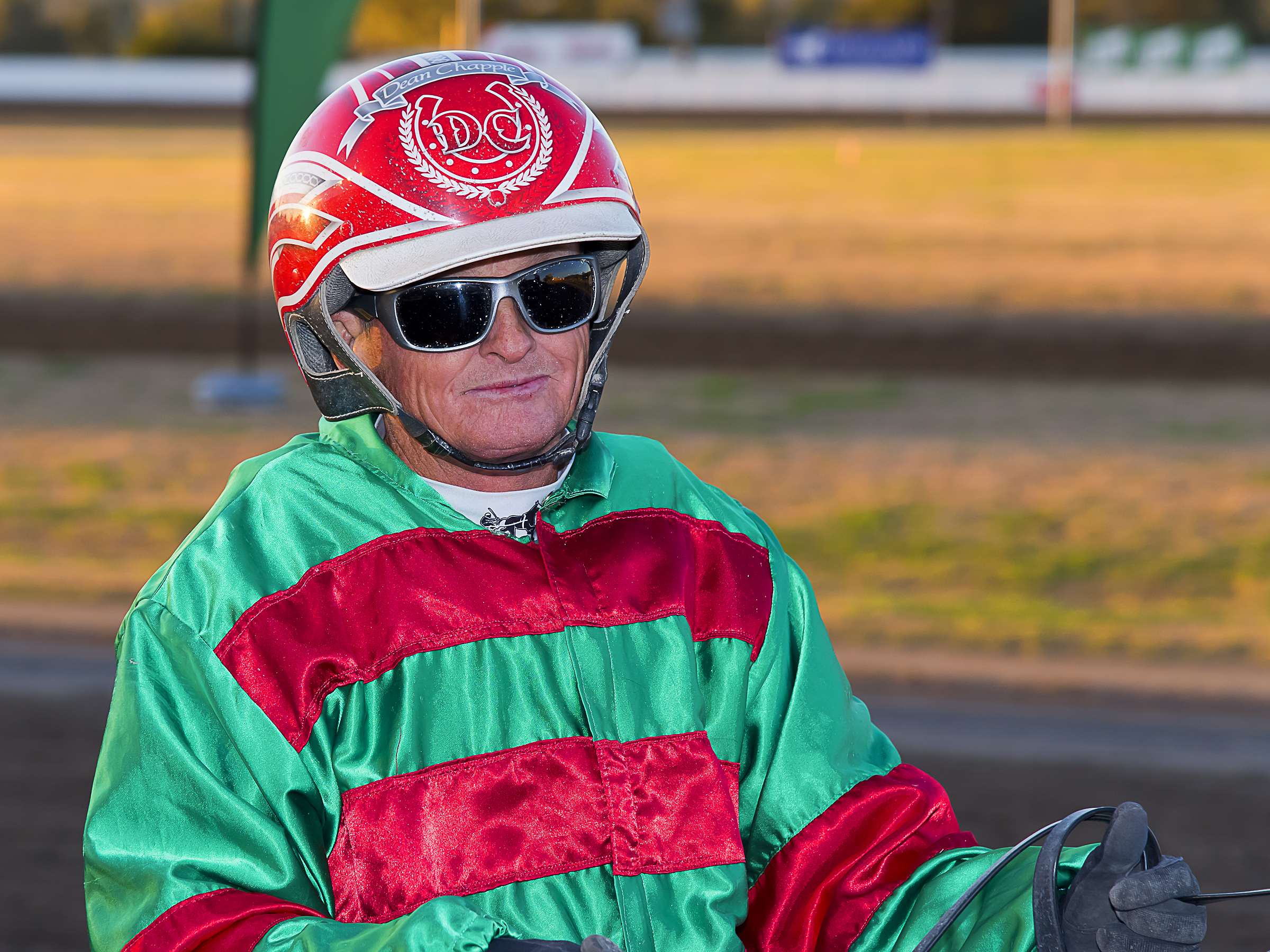 CLOSING IN ON A RECORD: Dean Chapple. PHOTO: PeterMac Photography.

Knocking on the door of 700 wins

Dean Chapple7 Tamworth29
WHEN Moonbi reinsman Dean Chapple heads into the eight-race card at Tamworth this afternoon he will be itching for a win . . ....

WHEN Moonbi reinsman Dean Chapple heads into the eight-race card at Tamworth this afternoon he will be itching for a win . . . or preferably two.

“It has been a hard slog to get to this mark,” said Chapple.

“Back in the day when I first moved up here to Tamworth, they were only racing every two weeks, so there was limited opportunities.”

The former Hunter Valley reinsman and trainer began his career in 1986 when he was a regular at the Newcastle Paceway and his home track of Maitland.

“I didn’t realise that I was that close to 700 wins until recently when my son Jack pointed it out to me,” said Chapple.

The gun horseman will head to Tamworth after driving a double at the July 29 meeting at Tamworth behind Major Noah William and Peggy Sue Shannon.

With a career that has spanned 35 years, Chapple has seen plenty of highs.

“I have had a really good run over the years – I have driven at Menangle and Harold Park in Breeders Challenge Finals and in Group 1 races,” he said.

“But I think my biggest thrill was going to Broken Hill earlier this year and driving three winners on the program at my first visit there.”

Leaving his “Gully Lodge” property just outside of Tamworth, Chapple travelled the 11-hour trip out to Broken Hill to contest their big Carnival of Cups meeting.

Chapple won the $16,000 Rocky Baker Memorial Pacing Cup over 2500 metres with Right On With It from the nine barrier while stablemates Don’t Tell Dorothy and Nor Westa also picked up wins.

There is still plenty for Chapple to achieve with his sights still set on taking out the big three at Tamworth.

“I always wanted to win the three big races at Tamworth and I have succeeded with one in taking out the Gold Nugget in 2012 with Churchill Bromac,” said Chapple.

With the stable always “revolving” there is every chance Chapple will one day succeed in winning a Tamworth City Cup and a Golden Guitar Final on his now home track of Tamworth.

This afternoon’s program looks to be a “pearler” for Chapple and he is confident that  success may come his way in the opening event.

“Apollon is in with a bit of a chance, he finished fourth at Newcastle last start and they ran 1.55.9 over the 1609 metres,” said Chapple.

“And Tralee Rocks for Ernie Mabbott is another good chance.

“She is in top form at the moment and is looking for three wins on the trot.”

The remaining drives for Chapple will see Our Channelle, Smiling and Nor Westa from his own stables before outside drives for the Ernie Mabbott stabled with Tralee Rocks and stablemate Spikeador, the Ron Neal trained Glen Innes Boy and I’m So Better for the Tony Missen stables wrapping up the program.

Ultimately, he’s just a Star
Hart sticks with Delightful Dude
TEARS OF JOY FOR SUTHERLAND
700 wins and bursting with pride
About author