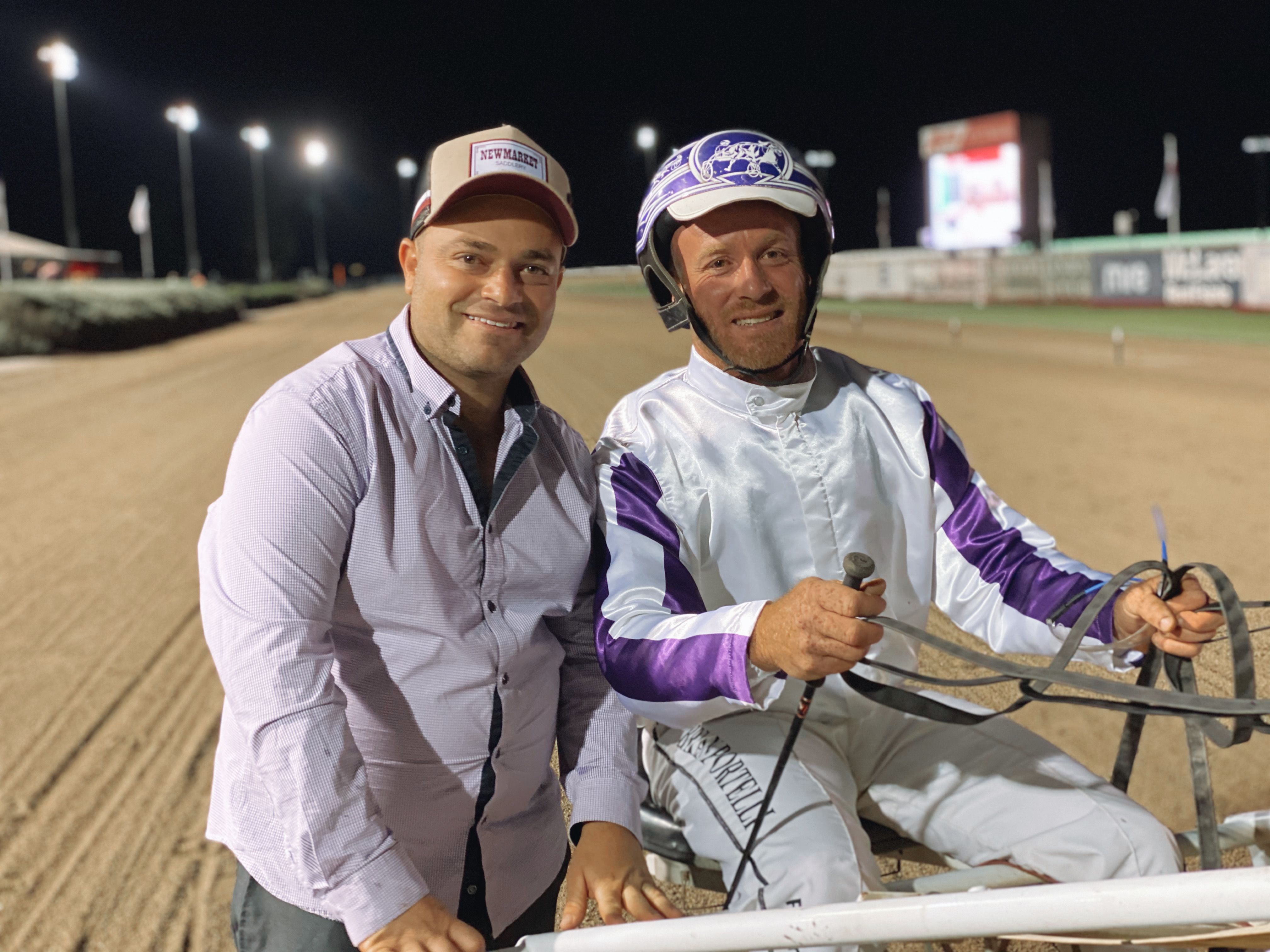 Micky Muscat (left) with Brian Portelli after a Menangle win. he has now settled in at Bathurst and is loving life in the bush.

Micky’s thriving in the bush

bathurst50 Muscat3
THE future of harness racing in the Western Districts of the state continues to be positive . . . and for many reasons. The...

THE future of harness racing in the Western Districts of the state continues to be positive . . . and for many reasons.

The region that has always been regarded as one of the sport’s strongest recently received a boost with news that highly-regarded western Sydney trainer, Michael Muscat had relocated to Bathurst.

Muscat, who has been fortunate to have been associated with some very smart horses during his career, is currently training 10 pacers out of the Bathurst Showground while awaiting the completion of his own training establishment at Brewongle, south-east of Bathurst.

Still sidelined from driving due to sustaining serious injuries in a trackwork fall in August, Muscat has been fortunate to secure the services of Miracle Mile-winning reinsman, Mat Rue to partner his horses at the races and he says he could not be happier with his current situation.

“I am absolutely loving life in the country,” said Muscat.

“Bathurst is a wonderful community and the people here have all made me feel so welcome, it is great.

“All of my owners have backed me and my move out west 100 per cent, which meant that I retained all of the nice horses I had in my Sydney stable.”

One of those horses that Muscat was referring to was Jak Magic, a five-year-old son of Sportswriter that has been in the care of Nathan Turnbull since July.

“Nathan took this horse for me while I was on the sidelines and he ran a few places with him, the latest being at Young at the end of October when he was just beaten by a half head,” said Muscat.

The gelding will be having his first start back in the Muscat colours in a qualifying heat of the Club Menangle Country Series and has drawn ideally in barrier one at Bathurst tonight.

“He should get every chance from the good draw,” said the young trainer.

“My only concern is that if he gets crossed and shuffled back along the pegs, he will then need luck in the run.

“But he is in goods hands with Matty (Rue) aboard and he is in great order, so I do expect that he will go close.”

Dargos Pet will contest the TAB Odds & Evens Pace (Race 1) and Muscat believes he is knocking on the door for a win after being placed twice since returning to his care.