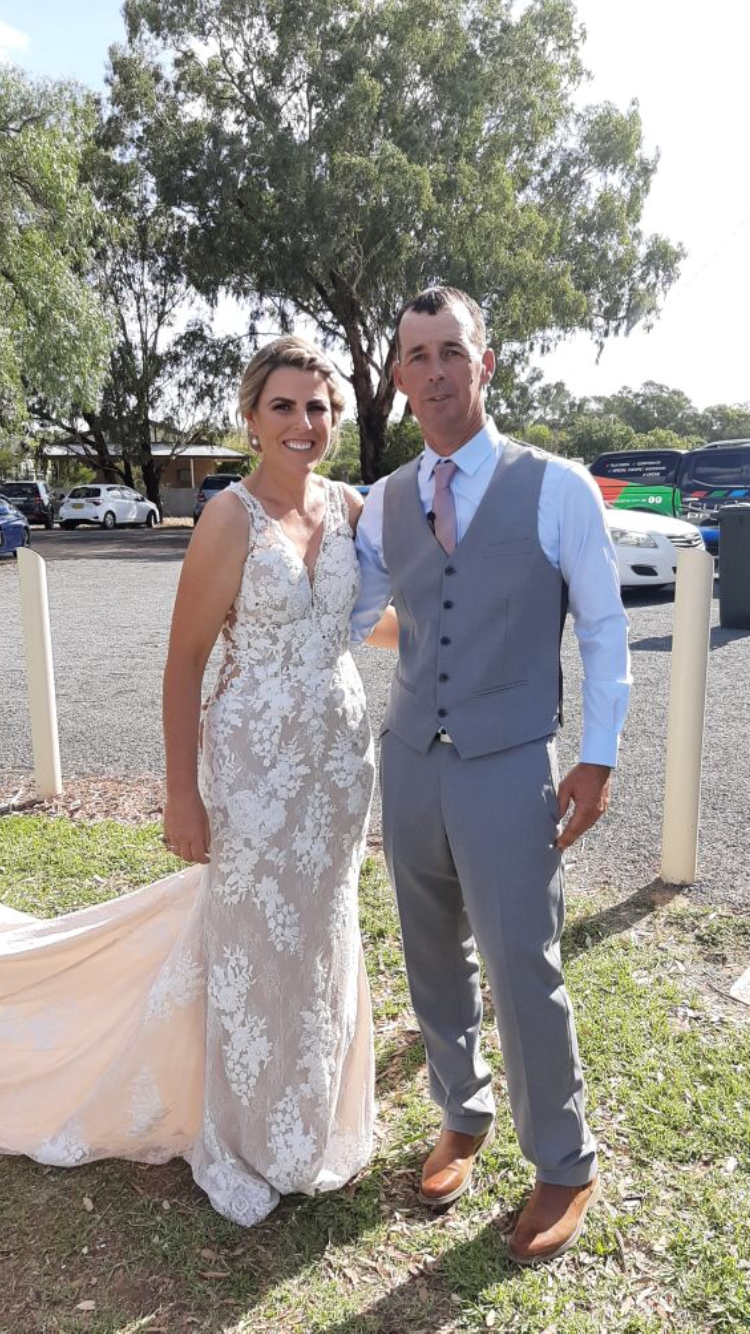 Wagga10
TIMING is everything . . . so it was appropriate in many ways when driver Shane Hallcroft was able to win with nine-start maiden...

TIMING is everything . . . so it was appropriate in many ways when driver Shane Hallcroft was able to win with nine-start maiden pacer, Say It Again, at Wagga .

Hallcroft only had the one drive and was able to celebrate a day early when the well supported six-year-old finally delivered a winning result for his connections.

The moment wasn’t lost on Hallcroft, who married Rebecca Brewer the following day.

“It’s good to get a win the day before the wedding,” said Hallcroft.

Brewer is also a licensed driver, while her mother Christine and father Trevor are also licensees.

Say It Again was having only his second start for trainer Phil Bryce, who has made a habit of winning races early with pacers he has acquired from other trainers.

Hallcroft said Bryce deserved all the accolades as he spent a lot of time trying to get the best out of his horses.

“He only has about four or five horses in work and often wins a race with horses he takes over,” he said.

Say It Again falls into that category.

His previous form was far from encouraging finishing closer to last than first.

The six-year-old ran last twice before resuming for Bryce with a second-last at Canberra.

“He ended up racing outside the leader at Canberra, but trialled well enough to win going into Wagga,” Hallcroft said.

Meanwhile, Streamliner won his third race for his owners when he finished powerfully to win with young reinswoman Miranda McLaughlin in charge.

Streamliner was purchased by Brian and Leanne Smith and he has won three times.

McLaughlin is employed by Smith at his business, Southwest Stockfeeds, which also sponsored the race.

Smith has won five races in recent months with his small team of horses and said Streamliner was proving his worth.

“He has been good to us. He galloped on the first turn and got going again and finished off really well,” he said.

Despite losing some ground at the time, Streamliner recovered to finish three back on the inside before McLaughlin moved him wide to claim the 11th victoy.

Who is the Fastestgirlintown?
WATCH OUT MOLLY
Late Mail for Wagga Saturday night
Big brother shows the way
About author