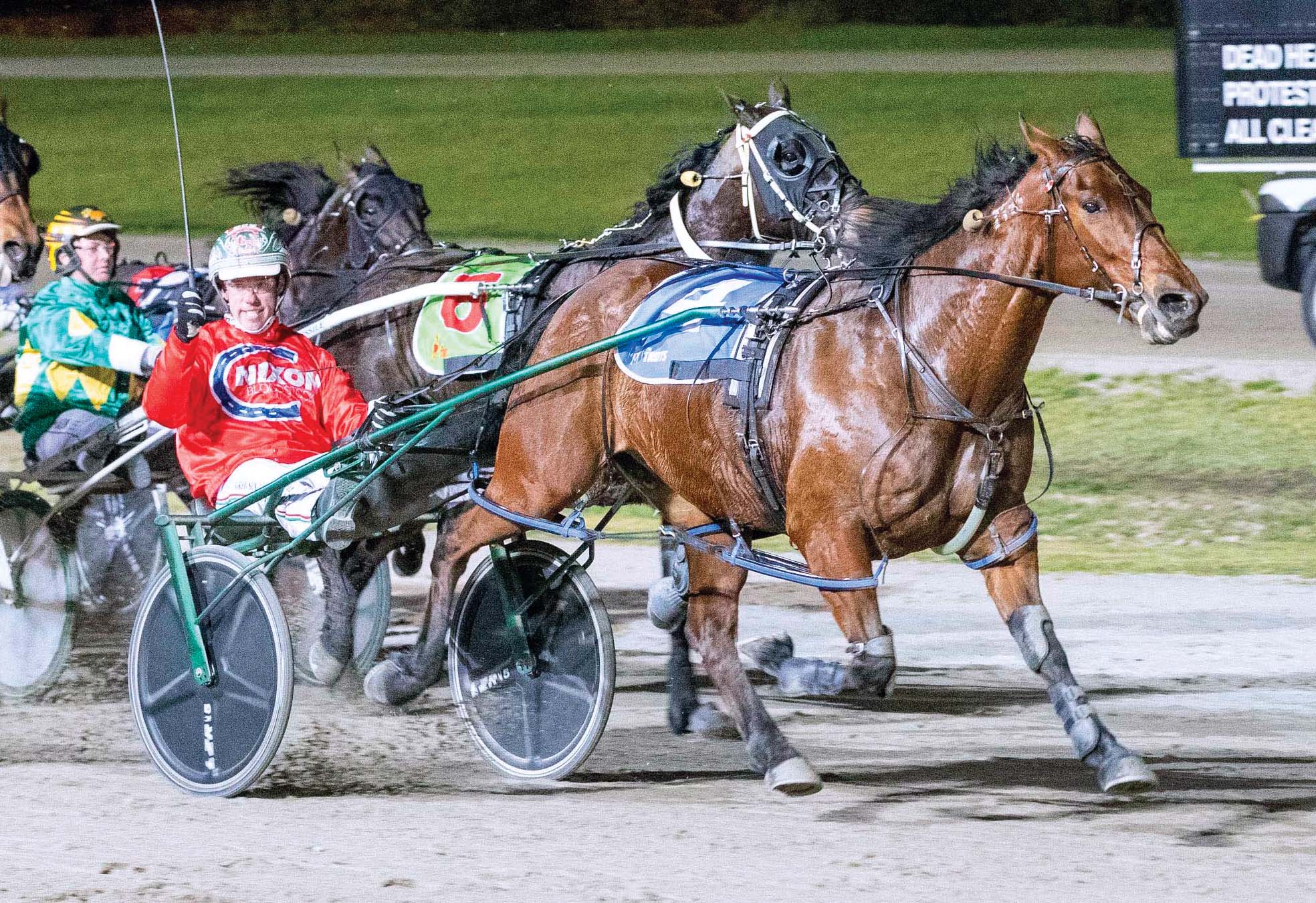 A FAVOURABLE draw has connections of Triple Eight feeling optimistic ahead of the second round of Inter Dominion heats. A solid fourth during last...

A FAVOURABLE draw has connections of Triple Eight feeling optimistic ahead of the second round of Inter Dominion heats.

A solid fourth during last night’s opening qualifiers at Club Menangle, Triple Eight and his fellow Championship entrants will renew their rivalry in Bathurst on Wednesday night.

Beginning from the inside of the second row during his latest outing, the son of American Ideal has moved to the pole for his pending assignment.

Thrilled with Triple Eight’s performance and draw, driver Greg Sugars is quietly confident the gelding can upstage the favourite.

“He has fared well in the draw and hopefully can make the most of it,” Sugars said. “He was really good last night and we couldn’t have asked him to get much closer than he did with the times they ran.

“He hit line strong and has come through the run in terrific order.

“From the draw in the second round he should be a lot closer to pace, which gives him a good chance of finishing over the top of them.”

With the third round of heats programmed for Newcastle on Sunday, Sugars is positive Triple Eight will handle the gruelling conditions.

“Backing up shouldn’t be a problem,” Sugars said. “He ran in the New Zealand Inter a couple of years ago and they said he got better as the series went on.”